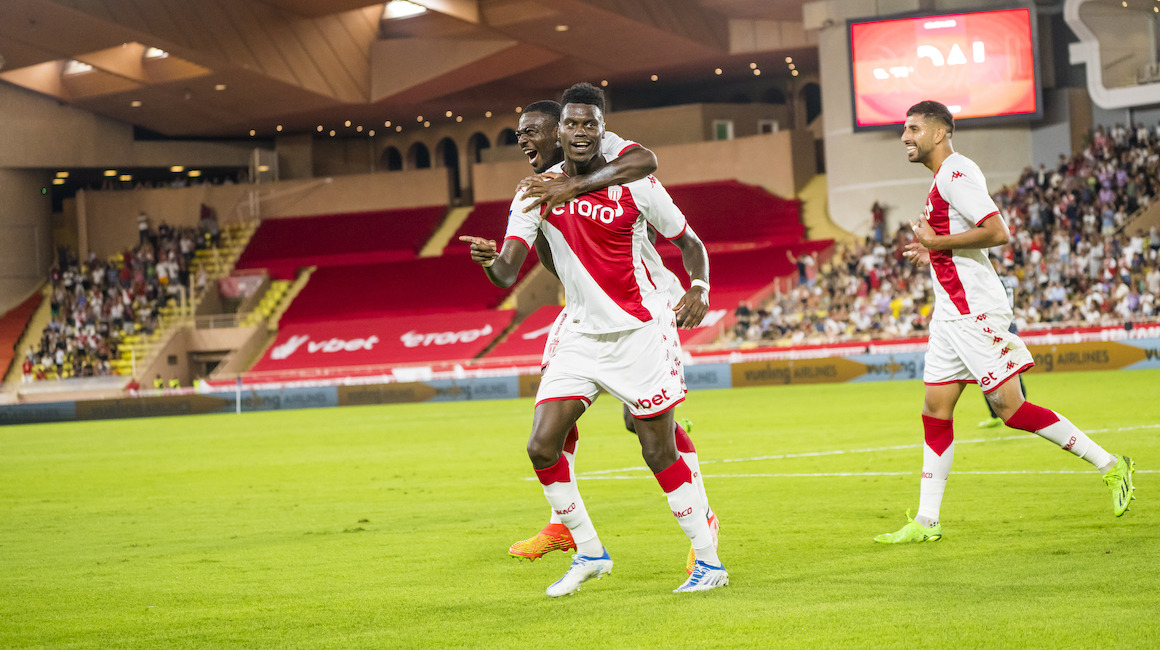 A first cap! AS Monaco starters for more than two years, and major parts of the team as it reached the podium twice in Ligue 1, in 2021 and 2022, Benoît Badiashile and Youssouf Fofana have been called up for France for the first time by Didier Deschamps, to face Austria (September 22) and Denmark (September 25), as part of the Nations League.

From captain of Les Espoirs to a senior international

It’s a very nice reward for the central defender trained at the Academy, who has just passed the milestone of 100 games in the top flight with the Rouge et Blanc. This is true as well  for his teammate and friend at the club, who also celebrated, in the Derby against Nice (a 1-0 win), his 100th match wearing La Diagonale.

Captain of Les Espoirs (the French U-21s) in recent months, Benoît Badiashile has played for all of his country’s youth teams, since the U16s. Scorer of the opening goal against Lyon last Sunday in a 2-1 victory, he has so far made 126 appearances with AS Monaco (six goals, three assists).

More than 70 players have been called up from Monaco

Decisive against Troyes at the Stade Louis-II, scoring his first league goal with the Principality club, Youssouf Fofana formed a superb duo with Aurélien Tchouameni for the past two seasons in the Monegasque midfield. Since August, he has now taken control of the game alongside summer signing Mohamed Camara.

From now on, Benoît and Youssouf will therefore have the opportunity to make their debut in Bleu. They are the 70th and 71st players from AS Monaco to have been called up to the French team. Good job guys!