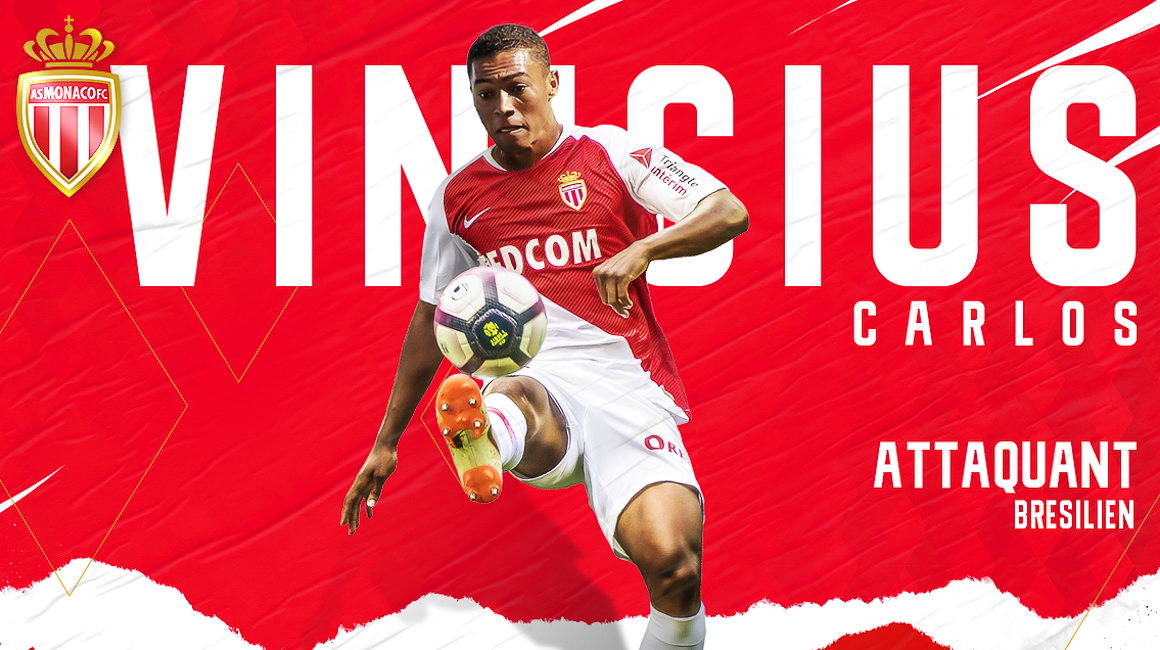 Gelson Martins joins AS Monaco
AS Monaco is pleased to announce the arrival of Carlos Vinícius from SSC Naples.

After playing the first part of the season under the colors of Rio Ave FC, the Brazilian striker is on loan to Monaco until the end of the season.

In just a few months in the Portuguese elite club, the powerful 23-year-old center forward (1.90m) scored 14 goals in 20 games.

We welcome Carlos Vinícius. He made a name for himself by scoring a lot of goals and we hope that his size and his aerial game will allow the team to gain in offensive efficiency.
Vadim VasilyevVice President of AS Monaco
I am very happy to have the opportunity to play for Monaco. I am looking forward to meeting the staff and my new teammates, then give my best to help the team.
Carlos Vinícius