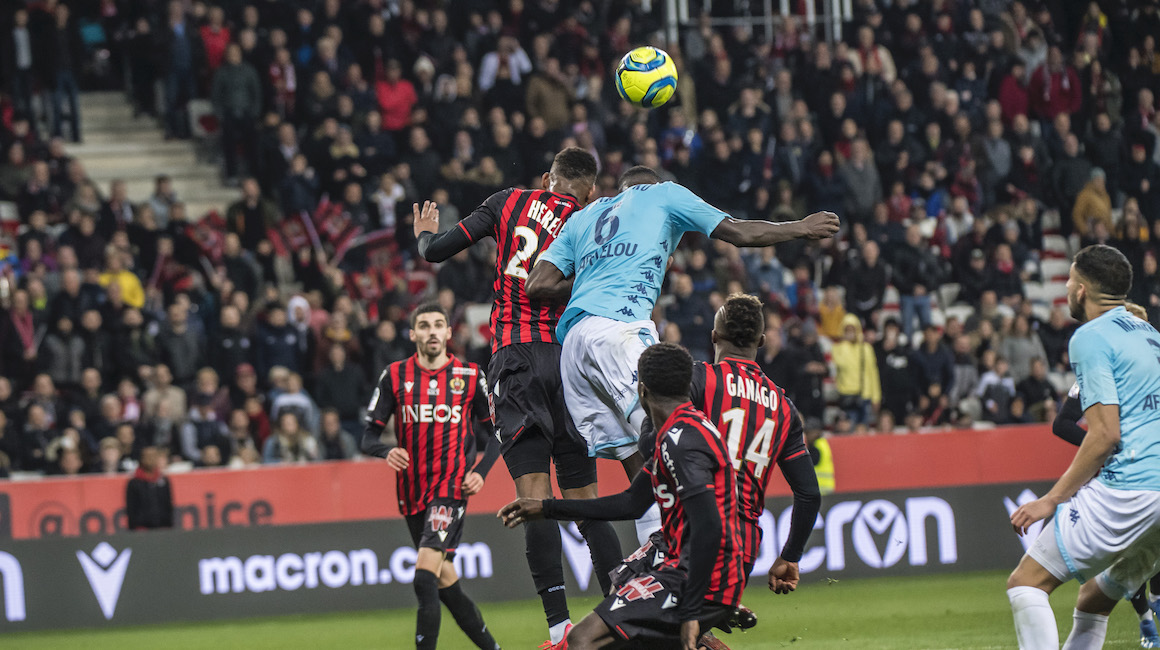 AS Monaco lost to OGC Nice by the score of two to one. Ben Yedder opened the scoring in the first half for the Red and Whites.

This Côte d’Azur derby started in a fiery atmosphere. After five minutes of play where the two teams stood off, the Red-and-Whites managed to create the first chance through Fabregas, well found by Ballo-Touré, who saw his curled shot from the right touch Nice’s post. In the ninth minute, Wissam Ben Yedder burst forward on the right side and found Jovetic in the box. The Montenegrin could not get his strike on target. On the quarter hour, Claude-Maurice controlled a ball coming from the wing but his of volley was blocked by Glik at full stretch. Five minutes later, Fofana led a counterattack for the Red and Whites and crossed for Ben Yedder. The ball was touched by a defender at the edge of the area, but Jovetic controlled, firing a shot across goal, but Benitez reacted well. From the same distance, Bakayoko did the same him on the next sequence but his shot lacked enough power to trouble Nice’s ‘keeper.

The breakthrough came from Wissam Ben Yedder on the half hour. On a good pass from Bakayoko, the French international went alone on the counter at lightning speed. Chased by two Nice players, he fools Benitez and opened the score with a sublime ball. By scoring his eighteenth goal in 2019-2020, he equalled his career goal record for one season. Shortly thereafter, Jovetic had his chance from thirty meters with a clear shot and saw the ball hit the bar. AS Monaco had clearly taken control of the first period. Breaking into the area, Ounas turned and shot at the end of a run. His shot narrowly missed the mark. Possession was gradually becoming more balanced but Le Gym‘s players failed to really threaten AS Monaco’s goal, and at the break, the visitors lead. 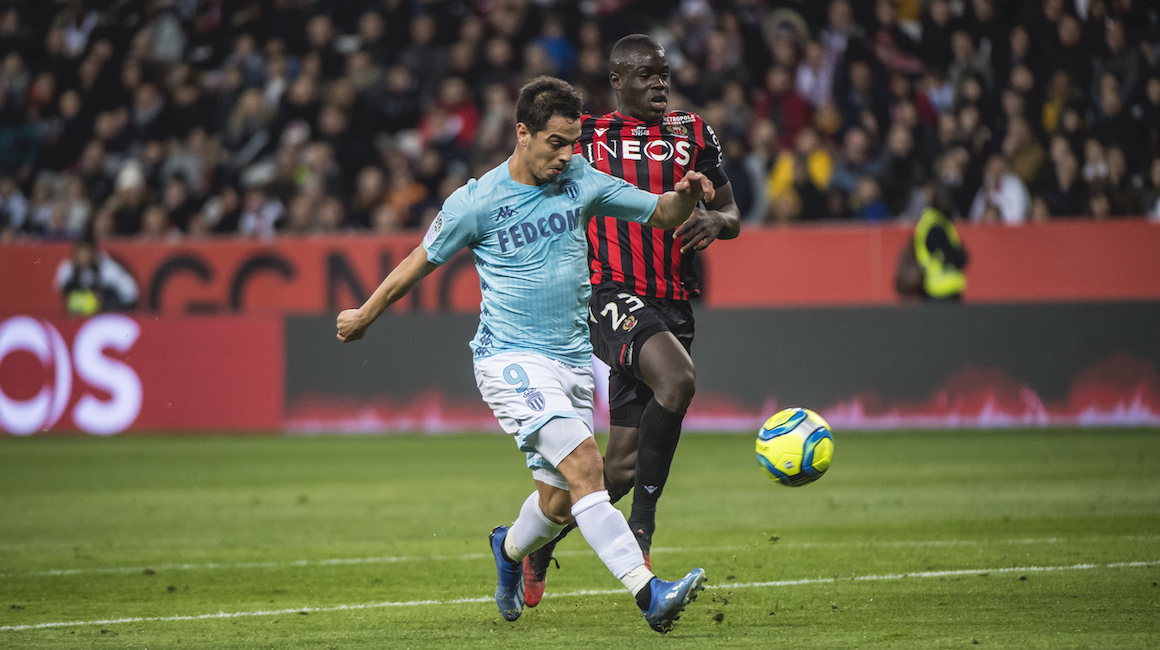 The Red-and-Whites are surprised

The first clear opportunity of the second half came through Claude-Maurice. Found by a through-ball by Lees-Melou, the Nice striker hit a powerful shot in the area but Lecomte came up with a big save. On the hour, and on just their second shot on target in the game, Les Aiglons equalized. Ounas crossed with his left foot to the penalty spot for Dolberg who scored with a header across goal. Ten minutes later, Ounas crossed to the same side and saw his ball run low across the opponent’s goal line.

Dolberg gets his double

Maripan barely saved Lees-Melou’s attempt in the box in the 68th minute. Determined to regain the advantage, the players from the Principality do not give up. In the 82nd, Aguilar had a cross for Bakayoko at the edge of the area. The midfielder hit a strong volley Benitez managed to capture it. Things became complicated when Jovetic was sent off for a tackle against Lusamba five minutes before the end of the game. Just before the end of regular time, Golovin created a chance by beating Nsoki with a feint in the area. His heavy shot crashed off the underside of the crossbar. But the hammer blow came in added time: Dolberg broke free in front of goal and latched on to a cross by Wague with outside of his foot, and the Dane scored his second goal of the evening.