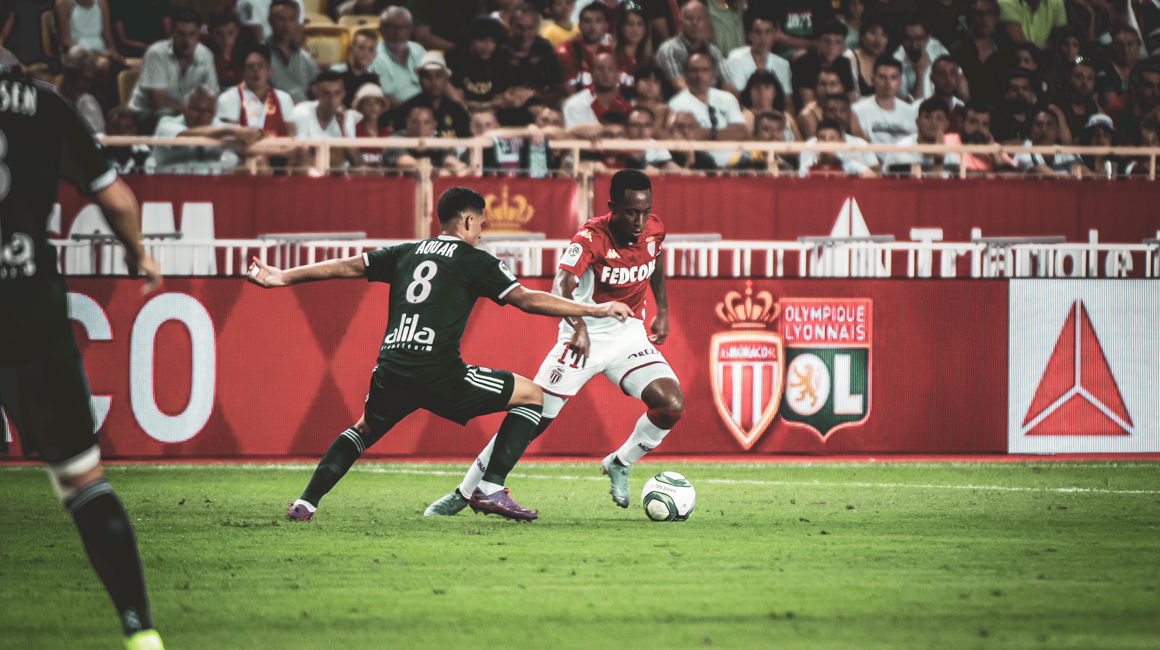 Niko Kovac: "The defensive level of Ligue 1 surprised me"

Stevan Jovetic : "My love for football has won"
Semifinalist in the last Champions League, Olympique Lyonnais have won two games since the start of the season. The opening fixture... and the last matchday. Here's all you need to know about the team coached by Rudi Garcia.

After an opening win against Dijon (4-1), Lyon then went on a series of five matches without a win, with four draws (against Bordeaux 0-0, Nîmes 0-0, Lorient 1-1 and Marseille 1 -1) and a defeat in Montpellier (2-1). Winners in Strasbourg (3-2) last weekend, the only match in which they have opened the scoring since the start of the season, Lyon are currently ninth in Ligue 1 Uber Eats.

Solid at the Groupama Stadium

In the last seven matches played at Groupama Stadium, Lyon have three wins and four draws. When playing at home, Houssem Aouar and his teammates are always difficult to beat. AS Monaco know this well: the Rhône side have lost only 2 of the last 14 visits from the Red and Whites. Anthony Lopes has also contributed to these many successes. If he plays, Les Gones‘ goalkeeper will play in his 250th Ligue 1 match. The Portuguese international has recorded 88 clean sheets since playing in his first top-flight match on April 28, 2013 (only Stéphane Ruffier has done better over the same period, with 91).

An Italian flavor to the summer recruitment

Still on the subject of Lyon players, Moussa Dembélé is the one who has had the most shots (18) in Ligue 1 this season without scoring, and his partner Léo Dubois is the one who has made the most passes before a shot (24) without providing an assist. Lyon have also added competition at the position of full-back by recruiting the Italian international Mattia De Sciglio. The player who has just celebrated his 28th birthday did not arrive alone from Italy: Lucas Paquetá joined from AC Milan and played a quality first match against Strasbourg.

We know that Lyon are a great team, not only in France but also in Europe, we saw that during the last Champions League campaign, where they reached the semifinals. They also played in the Coupe de la Ligue final, which they only lost on penalties. It’s a difficult match ahead of us, but that’s why we play football, to play great matches like this.
Niko KovacManager, AS Monaco

Every day I feel better and better. For myself, I’m a forward so I need to score and make assists. This is what I have always done and I hope I can do it in the next match. Against Montpellier, we played well, especially in the second half. We created a lot of chances, but we need to score more, that’s for sure.
Stevan JoveticForward, AS Monaco

Olympique Lyonnais – AS Monaco by the numbers…