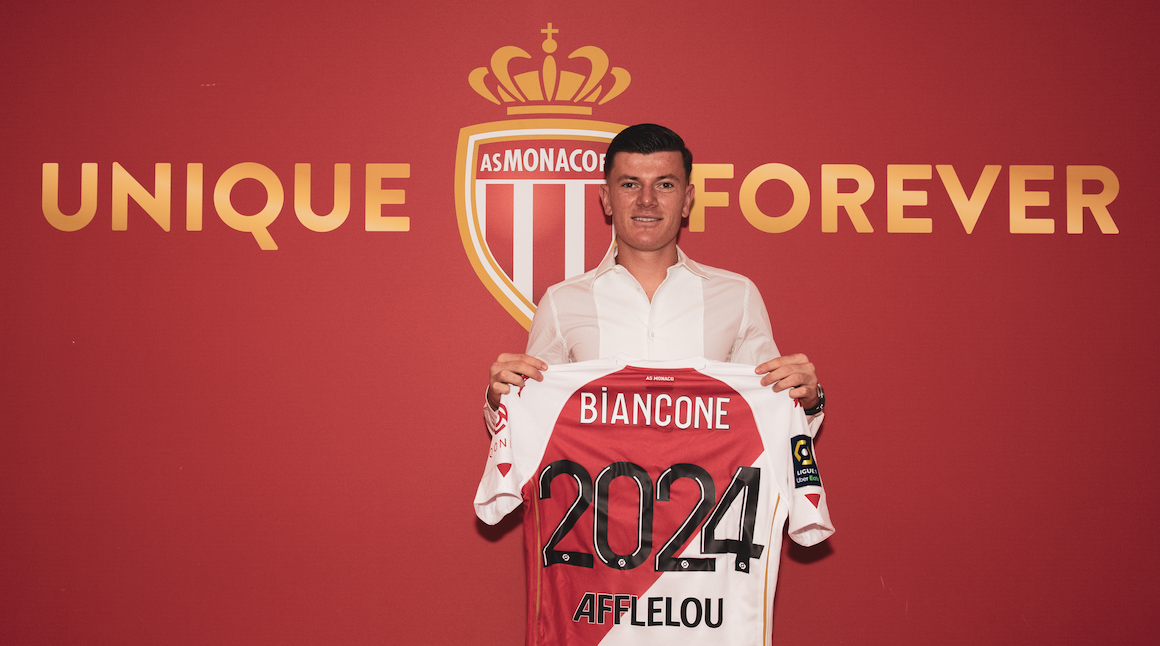 Monaco's youth in the spotlight against Strasbourg
The 20-year-old academy-trained defender joins the Green and Black on loan. Before joining Cercle Brugge, where he played a full season last year, Giulian Biancone extended his contract with AS Monaco until 2024.

A few months after returning prematurely from his loan at Cercle Brugge due to the early termination of the Belgian season, Giulian Biancone returns to join Les Vert et Noir, who coached by Paul Clement and are currently eighth in the Jupiler Pro League.

Having led Le Cercle in assists during the 2019-20 season, and also having scored a goal among his 25 appearances, the former French U19 international, who turned 20 years old on March 31, returns to a club he knows well to continue his career’s progression.

The arrival of the Fréjus-born player adds depth to a squad that has already won four times this season, and sits 8th, just behind Anderlecht, and which already has the defender Harisson Marcelin and the forward Anthony Musaba (2 goals in 5 matches) in its ranks.

Having arrived in 2015 to AS Monaco’s Academy, where he progressed through all of the age levels until taking part in two matches in the Champions League during the 2018-19 season, Giulian Biancone has also extended his contract with AS Monaco. Before moving to Belgium the defender has signed an extension through June 2024.

This season, the young right back, who has gone through the entire preseason with Niko Kovac’s side, started at Brest after having come on against Strasbourg and helped hold on to a victory with 9 against 11 (3-2).

The Club wish him the best for this season in the Belgian top flight. 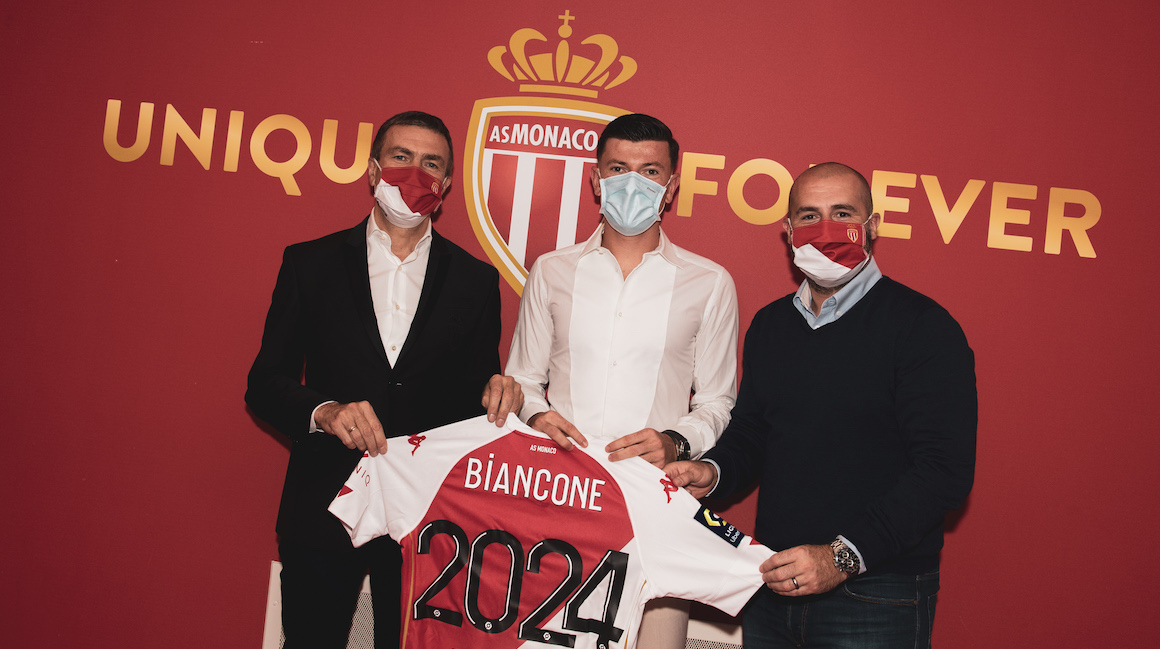 AS Monaco is the club where I've trained but it's also, and above all, my favorite club. I am therefore very happy to be tied to these colors through 2024 and I am enthusiastic about the idea of going back to play for Cercle Brugge, who are like a second family for me.
Giulian Biancone

Oleg Petrov, Vice President and CEO, AS Monaco and CEO of Cercle Brugge:
“Giulian trained at AS Monaco and, in addition to being a talented young player, he stands out for his human qualities and his ability to work hard. We are very happy that he will be with AS Monaco for the long term, extending his contract and we are delighted that he is joining Brugge to continue his progress and make his contribution to Cercle’s season, which promises to be very exciting.”

Paul Mitchell, Sporting Director:
“Giulian’s contract extension and his recent performances, like those of his Academy teammates, underline the strength of our academy and its importance in the sporting development of the club. I have no doubt that this new experience at the Cercle will allow him to continue his progress and come back even stronger.”

Giulian Biancone:
“AS Monaco is the club where I’ve trained but it’s also, and above all, my favorite club. I am therefore very happy to be tied to these colors through 2024 and I am enthusiastic about the idea of going back to play for Cercle Brugge, who are like a second family for me, in order to gain more experience at the highest level and contribute to good results of the club in the Belgian top flight.”