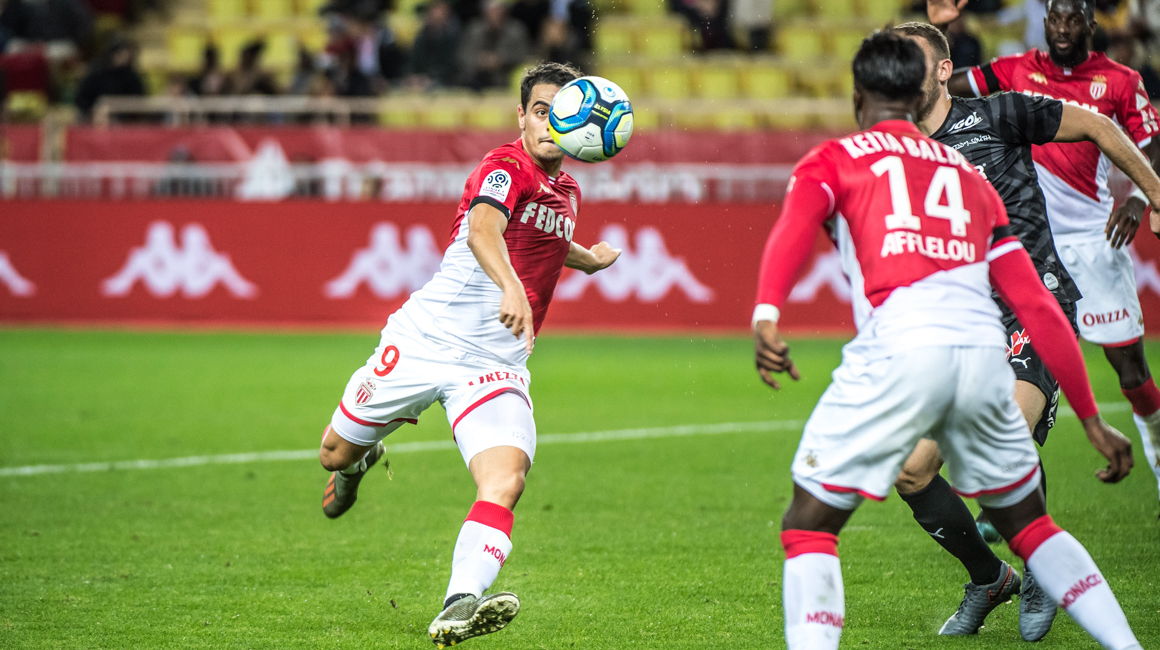 Scorer of his 11th goal in Ligue 1 Conforama this season, Wissam Ben Yedder showed the way to success for his team and consolidated his position as leader in the league scoring charts.

The French international striker had already distinguished himself Wednesday night in Toulouse, and he was at it again against Amiens, scoring a liberating first goal, then being involved in the third, scored by Keita Baldé. Wissam Ben Yedder is well on his way to breaking his personal record for league goals in a season in Ligue 1 (17), but also his personal best in a league, the 18 goals he scored with Sevilla last season in La Liga.

It happened once, but it’s not customary for him; the current top scorer in Ligue 1 missed the goal by a few millimeters early in the second period, before opening the scoring ten minutes later with a supersonic volley. This statistic really summarizes the effectiveness of “WBY”: in 14 Ligue 1 matches this season, Monaco’s No. 9 has shot 40 times, 23 on target, and 11 of which have turned into goals. Basically, Wissam Ben Yedder scores 1 goal with every fourth shot and when he those shots are on goal, the ratio is reduced to 1 goal every 2 shots!