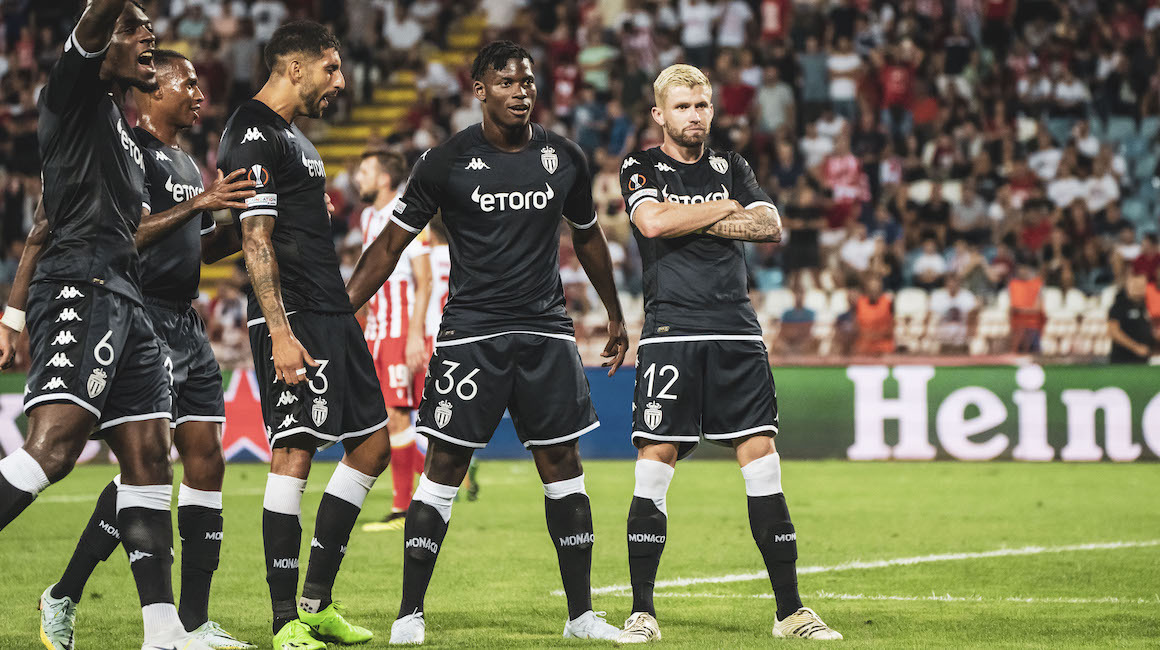 The Rouge et Blanc got the job done in winning their first Europa League match in Serbia against Red Star Belgrade (0-1), thanks to a penalty from Breel Embolo.

Mission accomplished! The AS Monaco players made a successful start to their Europa League campaign, beating Red Star Belgrade after a fierce battle (0-1). To start their 2022-23 European campaign, Philippe Clement decides to again deploy the same 3-4-3 used in the Derby against Nice (a 1-0 win). The duo of Minamino and Golovin was thus responsible for supplying Wissam Ben Yedder in attack. 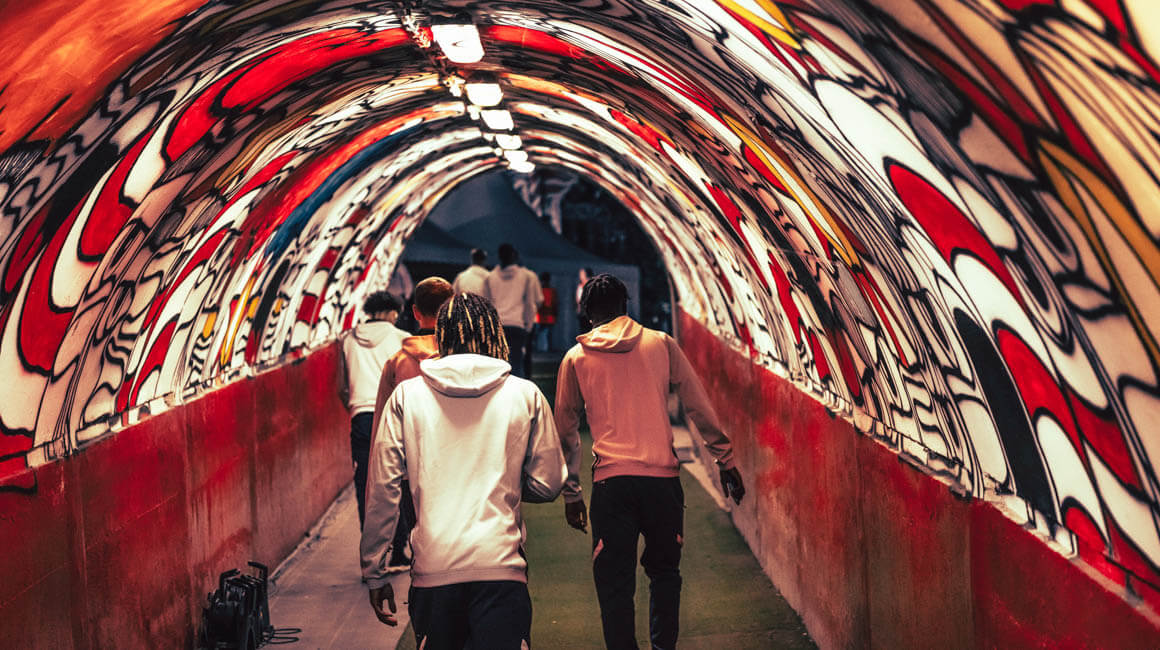 In a very lively atmosphere in a half-filled Marakana, the beginning of the match was a cautious one. It was thus necessary to wait for the 9th minute of play to witness the first chance, a header by former Toulouse striker Aleksandar Pesić. On the Monegasque side, the reply came from Mohamed Camara following a recovery high up the pitch by his captain.

Unfortunately the curling strike from the Malian midfielder was barely off-target  (16′). It was then Youssouf Fofana who tried his luck from range (17′). The match was then somewhat choppy, even if Red Star were dangerous through plenty of runs by former Nantes winger Osman Bukari. The Monegasque defense were only tested at a Serbian corner, with a header by Aleksandar Dragović (37′). 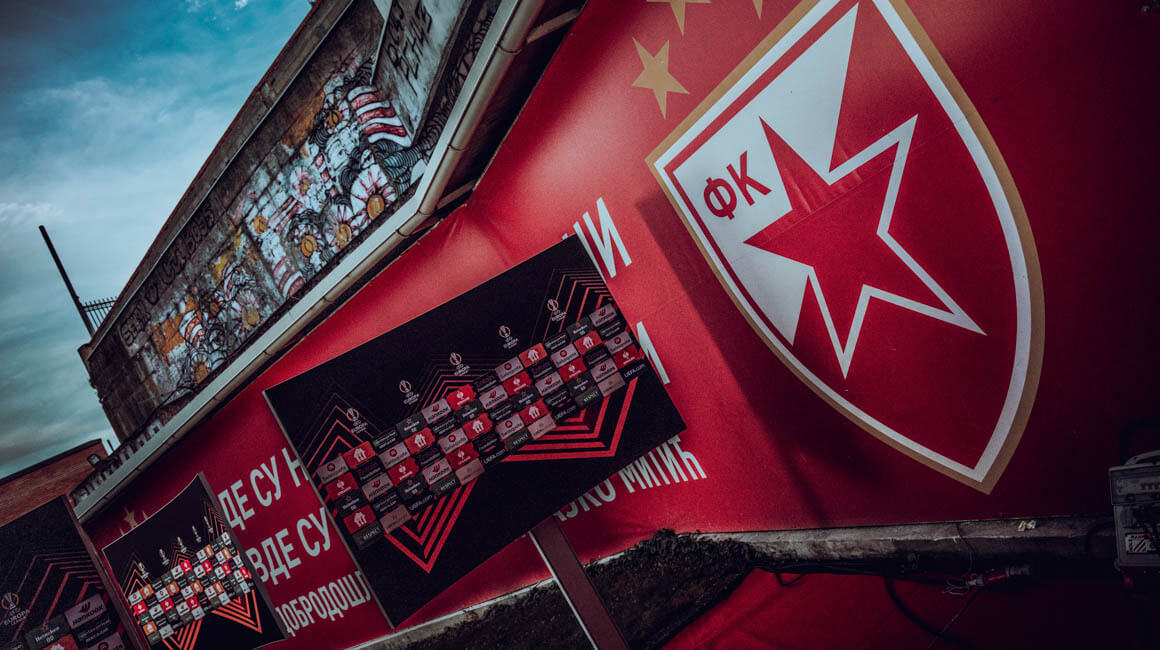 But we would ride our luck on a chance when Bukari, constantly involved, came up short against a solid Alexander Nübel (43r’). The two sides would go into halftime with the match still scoreless. But the Rouge et Blanc were once again under threat when they returned from the locker room, first on a curling strike from Guélor Kanga which crashed off the crossbar (56′).

Then came a free kick from the flank which was put on target by Aleksandar Katai, and the Monegasque goalkeeper made a huge save to push the ball away (61st). But the match swung to the Monegasques when Aleksandr Golovin was brought down in the Serbian penalty area by Slavoljub Srnić. Breel Embolo, who had only just entered the game, then took charge of converting the penalty (0-1, 74′)!

A succesful start to the Europa League

It was his third goal already in his new colors, a second in a row after scoring against Nice and his first in European play. It was a welcome opener, at the heart of a strong spell for the hosts. Philippe Clement’s men were even close to obtaining a second penalty for another foul on Embolo (89′). But after consulting VAR, the referee reversed his decision. 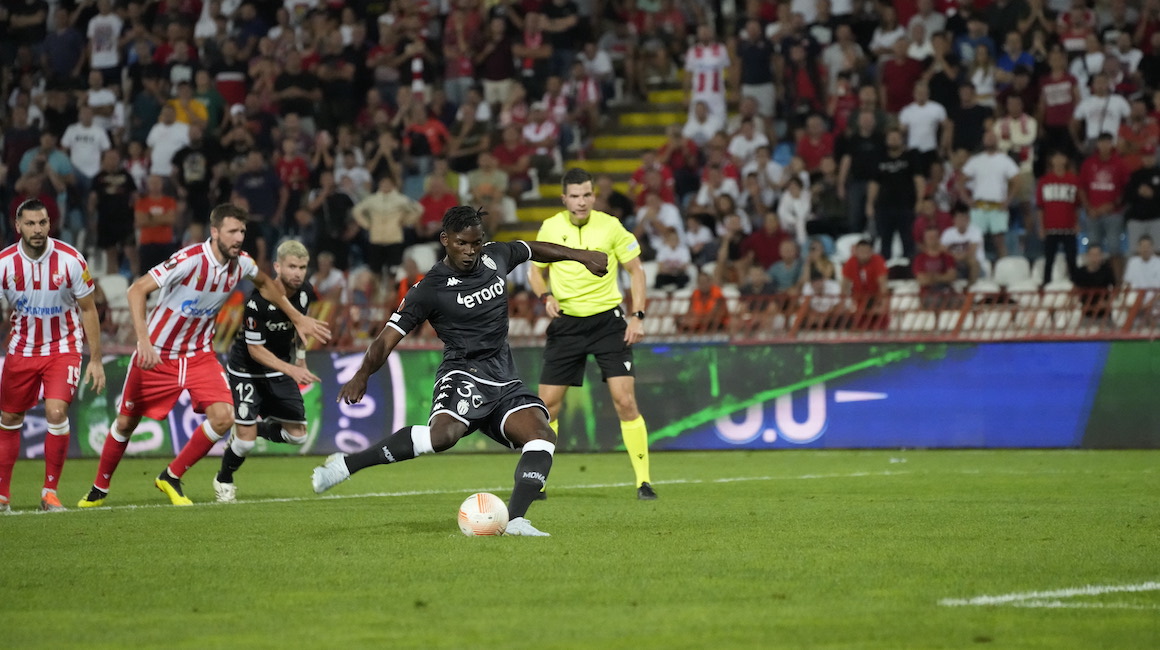 The scoreboard would not change, despite a last scare at a corner, with a header cleared off his line by Alexander Nübel. AS Monaco won and left Belgrade with all three points. Next up in the Europa League is a match against Ferencváros, the group leader, Thursday at the Stade Louis-II (6:45 p.m.). DAGHE! 🇲🇨