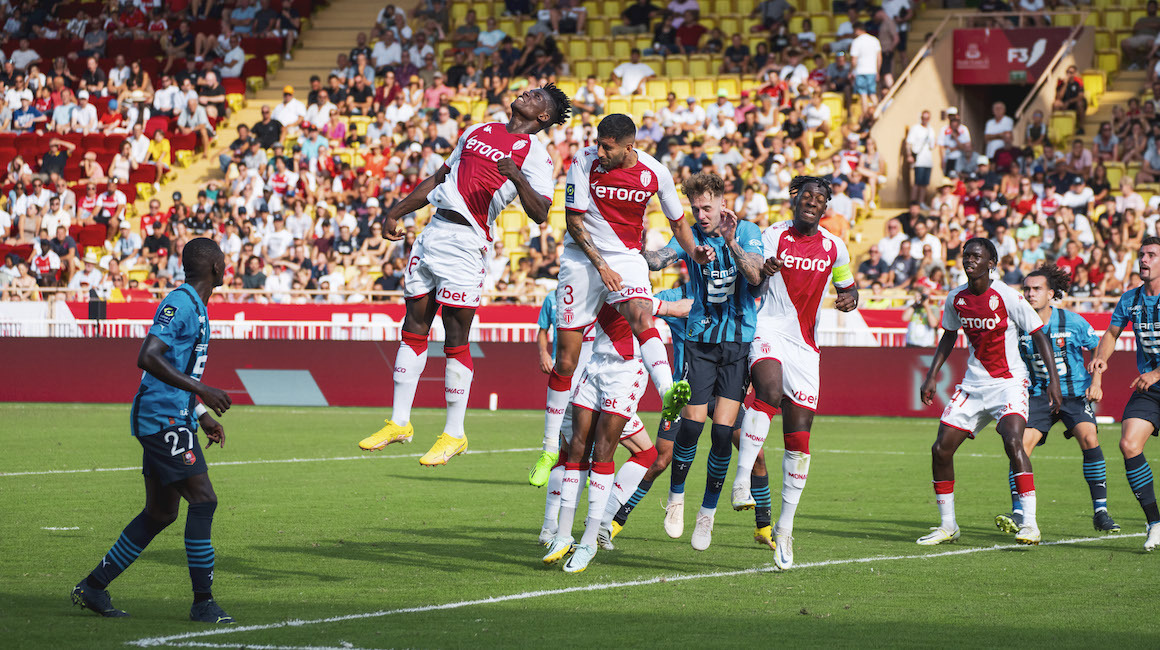 Reduced to 10 men after 15 minutes, the Rouge et Blanc dug deep to get a draw against Stade Rennais (1-1). Breel Embolo scored his first goal for the club to level the score late on.

As part of the second matchday of Ligue 1, AS Monaco managed to draw against Stade Rennais (1-1) after being outnumbered for nearly 75 minutes. For this match, Philippe Clement made three changes compared to the Champions League match five days earlier, with Jean Lucas, Krépin Diatta and Breel Embolo coming into the eleven. 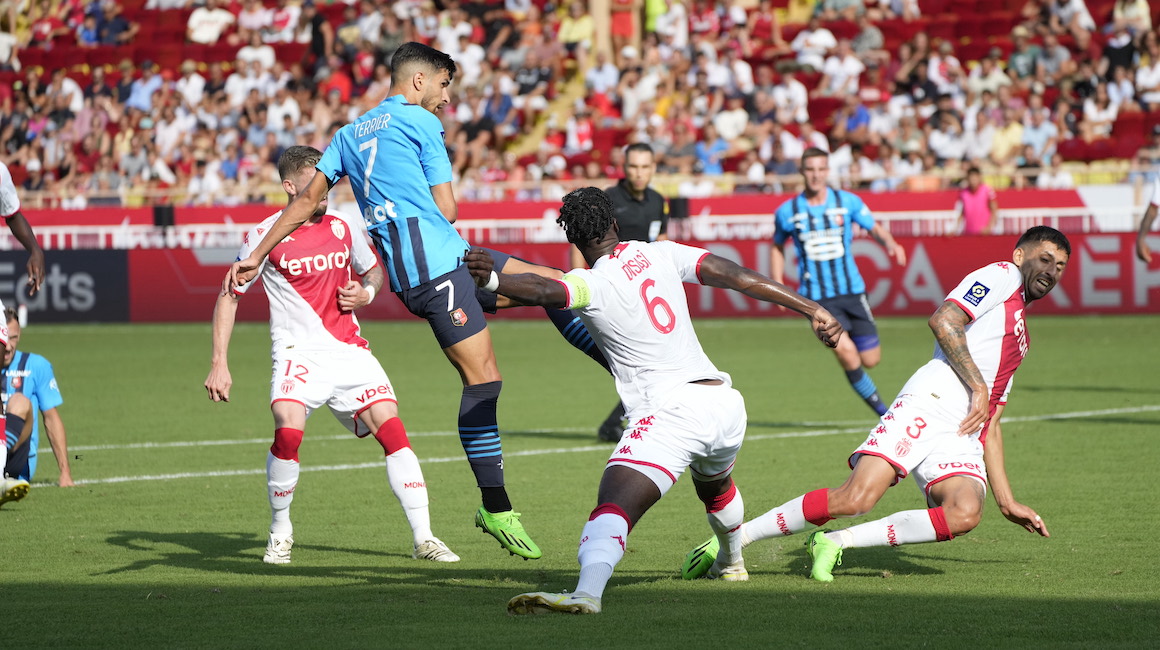 AS Monaco are quickly down to ten men

The start of the match was lively, with the two teams going blow for blow. Gaëtan Laborde first tested Alexander Nübel (2′) before Flavien Tait shot over the bar (5′). The Monegasque reaction was not long in coming and Vanderson, on a cutback from Krépin Diatta, fired a powerful shot from the left onto the crossbar of Steve Mandanda (13′).

But only two minutes later, Youssouf Fofana was harshly sent off after a foul on Martin Terrier. It was a tough blow for the Rouge et Blanc, who were reduced to ten men after only 15 minutes of play.

A bit of bad luck for the Monegasques

Despite this early numerical inferiority, Philippe Clement’s men did not let themselves be pinned back, going on the offensive. An attempt by Aleksandr Golovin was captured by Mandanda (24′). Then, it was Alexander Nübel who distinguished himself twice, first by making a very nice save on a shot from range by Bourigeaud before, on the next corner, gathering a header from Terrier (27′).

The match then came alive again as Breel Embolo obtained a penalty after a big foul from Steve Mandanda. Unfortunately, Axel Disasi’s strike was blocked by the former Marseille goalkeeper (33′). Hardly cowed by this, it was then Krépin Diatta and Vanderson who tried their luck, but again without success. 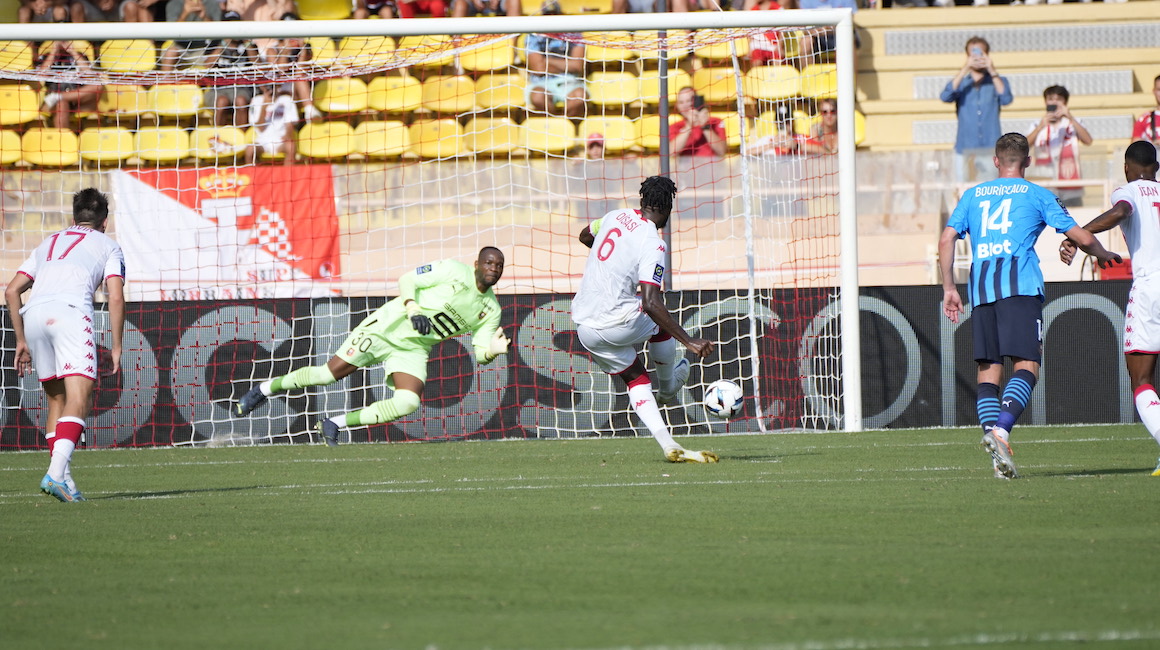 As soon as the second half resumed, the Rouge et Blanc put their foot on the ball and stayed in the Rennes half, but were surprised by a twist of fate. Following a blocked shot by Bourigeaud, the ball fell to the feet of Gaëtan Laborde, who finished from close range (58′).

This goal did not end the Monegasque hopes and Breel Embolo’s teammates continued to put pressure on the defense. They would be rewarded before the start of the last quarter of an hour by the Swiss international, who, by taking the ball off the feet of Dogan Alemdar, equalized (73′). It was his first goal in an official match in the colors of AS Monaco.

After this equalizer, the match would drop somewhat in intensity. But it was the Rouge et Blanc who created the last chance through Ismail Jakobs. On a cross from Jean Lucas, a powerful header from the left back was miraculously tipped away for a corner by Alemdar (90+5′).

Take courage, AS Monaco therefore clinched the point of a draw (1-1) after being outnumbered for 75 minutes. Next meeting against Lens next Saturday, at the Stade Louis-II (5 p.m.).Daghe Monaco!

Dismissals: Fofana (15′) for AS Monaco 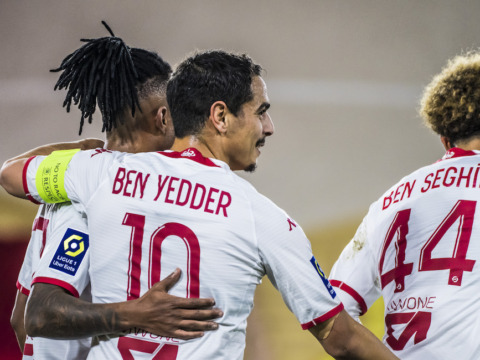 AS Monaco dominate Auxerre to keep their good run going!