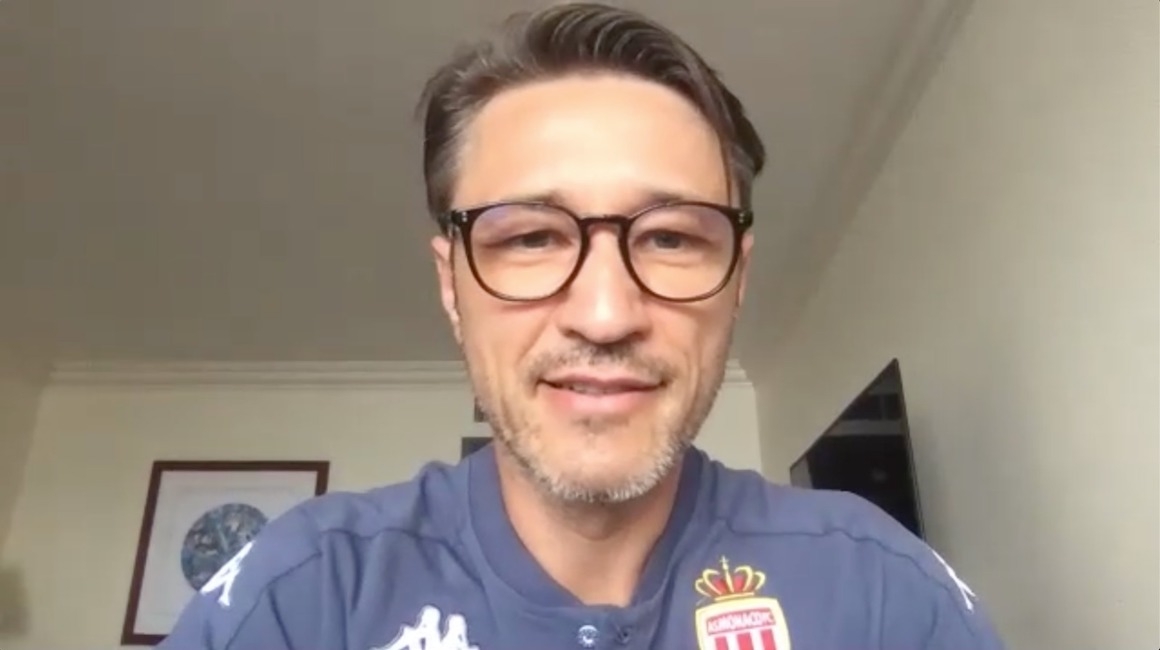 Ticketing open for Nantes
Two days before the match against FC Nantes, part of the third matchday of Ligue 1 Uber Eats, Niko Kovac, in quarantine for a fortnight, spoke by videoconference to journalists.

In the wake of the presentations of Caio Henrique and Kevin Volland, Niko Kovac invited journalists to a press conference given on Zoom from his hotel room.

Coach, how are you feeling and how was your week?

I’m fine, I haven’t had any symptoms. I have been quarantining throughout this week as per protocol. I tested negative on Wednesday so hope to come back soon.

How have you been working?

I have been staying in touch with my staff to discuss and debrief each training session. I have had the opportunity to review each session because they were filmed and we made a lot of calls all week to chat, to discuss from my room. It was a bit peculiar but I got to see everything that was being done. In my time this wasn’t necessarily possible, but now it is, so all the better.

Will you be in the pitch on Sunday?

At this time, I don’t know because we are awaiting the results of my second test. If this is the case we will have to see with the League what the protocol provides. If I have two consecutive negative tests I think everything will be in place so that I can be on the pitch but the League will be the decision maker. I hope to be there on the pitch, and if not, we will find solutions to adapt to this particular situation..

How do you imagine fitting Kevin Volland into the squad and do you think he can play on Sunday?

We are very happy to have Kevin here. He is a very good player who has great qualities and who can help us. He is already in good physical condition, he had the opportunity to play against Nice. He’s at a good level. To know if he will be on the squad on Sunday – it’s too early to tell. We will assess the general condition of the team and see if he can start or make a contribution during the match.

What are Kevin’s strengths and how do you plan to use him?

Kevin is a very experienced player, who has played at the highest level in the Bundesliga for a long time and who has played for the German national team before. He is a player with very good physical qualities, who is aggressive and is the first to press in attack when you don’t have the ball. He is also a player capable of breaking the lines, who is very fast and with great technical skills. Kevin is a complete player who will do us a lot of good. It should also be added that he is a goalscorer who regularly scores around 15 goals per season but also records around 10 assists. This is important and we are very happy that he has joined us because he will be an additional asset to the team.

Radoslaw Majecki is expected to play in goal. What can you tell us about him?

Benjamin Lecomte cannot play on Sunday but I have full confidence in Radoslaw Majecki. He is a young goalkeeper with great potential. Poland has had great goalkeepers in the past, he has our full confidence. He played two games with the Polish U21s. I’m happy to have him here as number 2, I’m sure he will do a good job.

Niko, how do you get used to having to delegate and how do you organize the work?

When we got here, we explained each player’s roles to all of them. It was clear that I was the head coach of the team, but that I had a staff with me and that when I’m not there or on the other side of the pitch, there are also my assistants. Everything is clear. I think the team has trained well this week although I wish I was there. We have worked together for a long time with Robert.

With Aleksandr Golovin injured and Youssouf Fofana suspended, how are you going to organize your midfield?

Aleksandr and Youssouf will be absent, but that’s part of the game, we saw it last night with Paris Saint-Germain match and their seven absent players. We can adapt, but I think we have a squad rich enough to make up for their absences. Stevan Jovetic, Cesc Fabregas and Pietro Pellegri are back, we have enough possibilities to replace them. At the moment we have some ideas for the composition of Sunday’s squad but we still have 48 hours to make the right decisions.

Are you expecting other recruits to strengthen your squad?

We are looking at the transfer market and the opportunities available. If one does show up we will try to work on it but if it doesn’t we already have a great team. We are listening, we are watching the market.

Could we have a system change with the emergence of a three-man defense? In addition, will Djibril Sidibé continue to play on the left side?

It is true that we like to have different options when we are a coach. Against Metz and Reims, we performed well. We have four points in the bag, having once trailed 2-0 and playing 45 minutes with 10 men on Matchday 2. The spirit, the team mentality, the aggressiveness and the ideas we have are good. So I think we’re going to keep the system that is already there. Djibril is a versatile player and his favorite position is on the right flank but as a coach I have to assess what is necessary for the team and I think right now we need him more on the left side. He is fighting for his starting place and going to the Euros, but I also take my team into account. I like this kind of player who has a lot of qualities and a certain versatility.