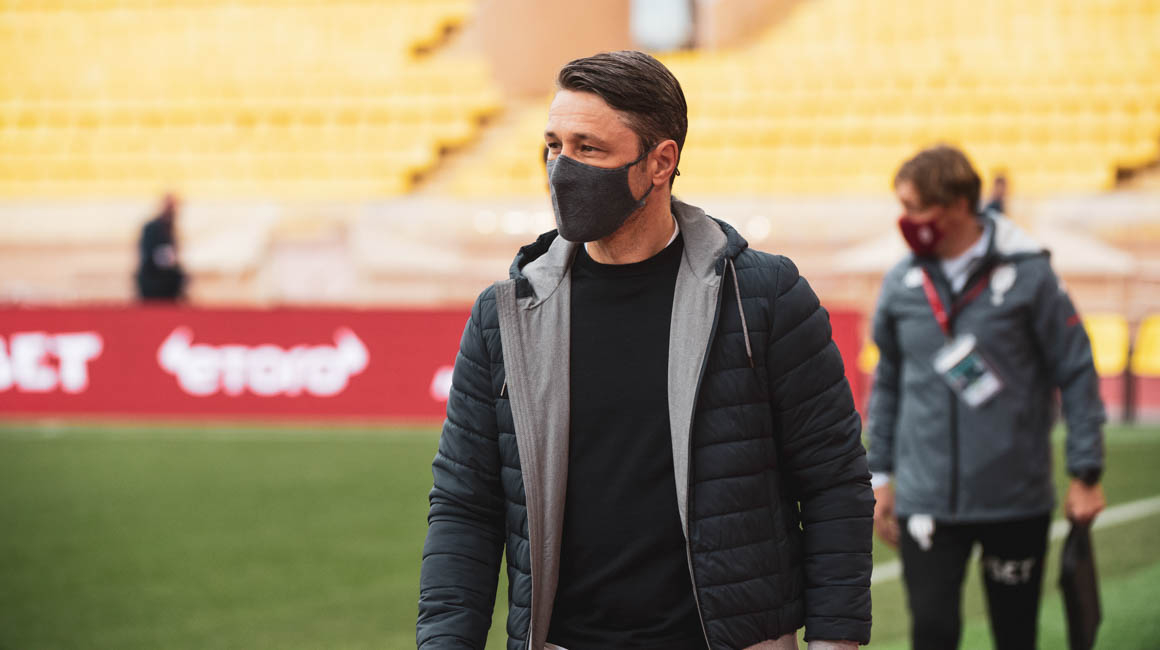 At the end of AS Monaco's third consecutive victory in the league against Dijon (3-0), punctuated by a fourth clean sheet in a row, the Monegasque tactician gave a post-match press conference satisfied with the result.

Thanks to a second period that was marked by a display of control, Niko Kovac’s men earned a decisive win against Dijon (3-0), led by a double from Wissam Ben Yedder. This win thus closes a dream week, crowned by two victories in the league and qualification for the quarterfinals of the Coupe de France with a win against Metz. Here is the reaction of the Monegasque coach, who was satisfied with the three points, making it possible to move closer to securing a European place. 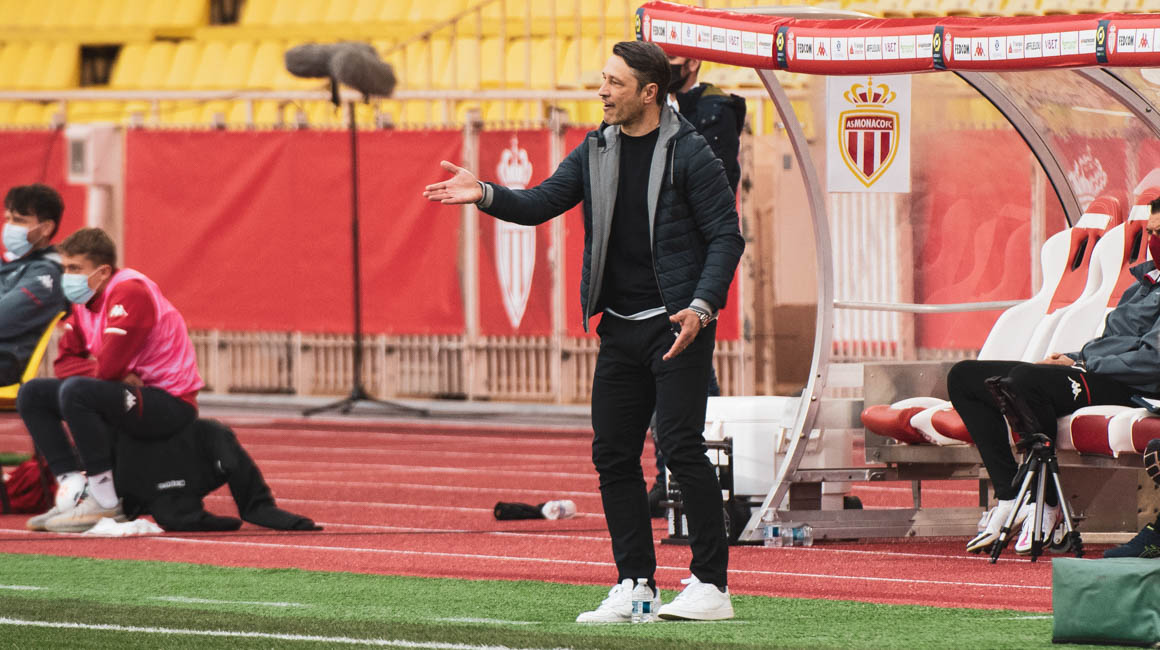 Good evening Niko. The score does not reflect the difficulty of this match …

It is true that the first half was difficult as Dijon defended well with a low block. We had few chances. In the second half, we were able to come back and score quickly thanks to a penalty, and we obtained many more chances. The victory was deserved.

Ruben Aguilar and Sofiane Diop came off at the break, weren’t they ready to return to competition?

Ruben was having a good match but we needed to play more in the centre of the pitch and fortify the midfield with Aleksandr Golovin, Stevan Jovetić, Wissam Ben Yedder and Cesc Fàbregas. Sofiane was not in the form I expected. It was probably due to his hand injury. But we have a great bench and the players performed very well when they came on.

Maybe if Wissam had started in the 1st half he wouldn't have had these chances because there would have been less space. The opponent is less concentrated in the second period. If I knew he was scoring every time he came on, I would leave him on the bench (smiles).
Niko KovacManager, AS Monaco

We expected to see Wissam Ben Yedder start, do you have to leave him on the bench to see him score?

Yes it’s good that Wissam continues to score like this and he will keep coming on (smiles). Seriously, I’m trying to be fair. In the last few matches Stevan Jovetić has been very good, he happens to be in good form. That’s why I decided to have him start and I’m very happy with the situation. Along with Kevin Volland, we have three very high level attackers. But Wissam remains very important and I’m happy for him that he scored twice.

How did Wissam react to being left on the bench again?

Wissam is the captain and he is very important. But I have to be fair. It is easier to come on in the second half when the game is more open. Maybe if he had started in the 1st half he wouldn’t have had these chances because there would have been less space. The opponent is less concentrated in the second period. If I knew he was scoring every time he came on, I would leave him on the bench (smiles). For the next match, I don’t know yet, especially since we have three games next week.

Have you seen the banner made by the supporters, on which the message was to aim for the title?

It was a beautiful banner. It’s good to feel the support from the fans. Like I said, we need six points to secure fourth place. Today, it doesn’t make sense to talk about a title because we don’t have our fate in our hands. We have no more matches to play against Paris and Lille. We are therefore focused on our work and we will see later if it is possible to aim higher than 4th place. We want to stay in the battle. 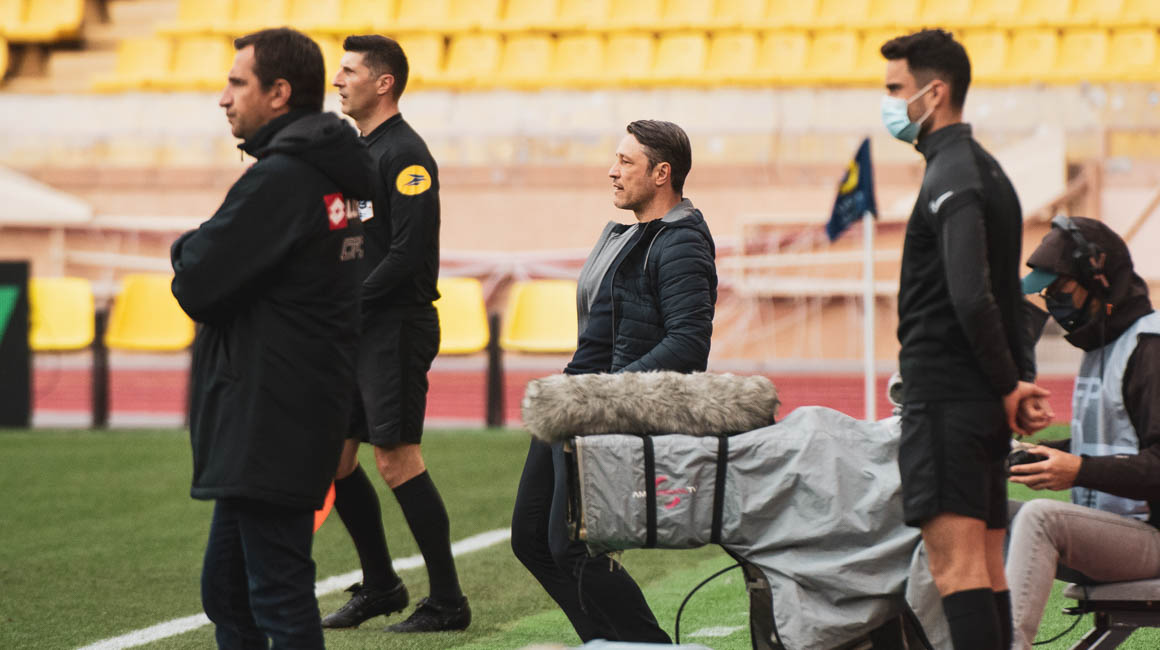 Yes, I understand the supporters because football is an emotional sport. If we knew what would happen tomorrow, there would be no emotion and we would lose the essence of the game. I understand this expectation but as a coach, I have to put emotions aside to continue in the same direction. We are on the right track.
Niko KovacManager, AS Monaco

Is it necessary to speak to your players so that they stay focused?

You’ve seen a lot of games where the favorite struggles with the underdog. So we have to keep going, talk to them and keep training. These last few games, we played against teams with a low block. The next few weeks, we will face Bordeaux, Angers and Lyon, teams that play with four at the back. We may have more space. Otherwise, they will have to work to find the tools needed  in order to pocket the victory.

Do you understand the feelings of the supporters who want the title?

Yes, I understand the supporters because football is an emotional sport. If we knew what would happen tomorrow, there would be no emotion and we would lose the essence of the game. I understand this expectation but as a coach, I have to put emotions aside to continue in the same direction. . We are on the right track. The club as a whole has done a very good job. We must continue in this way and take things step by step.