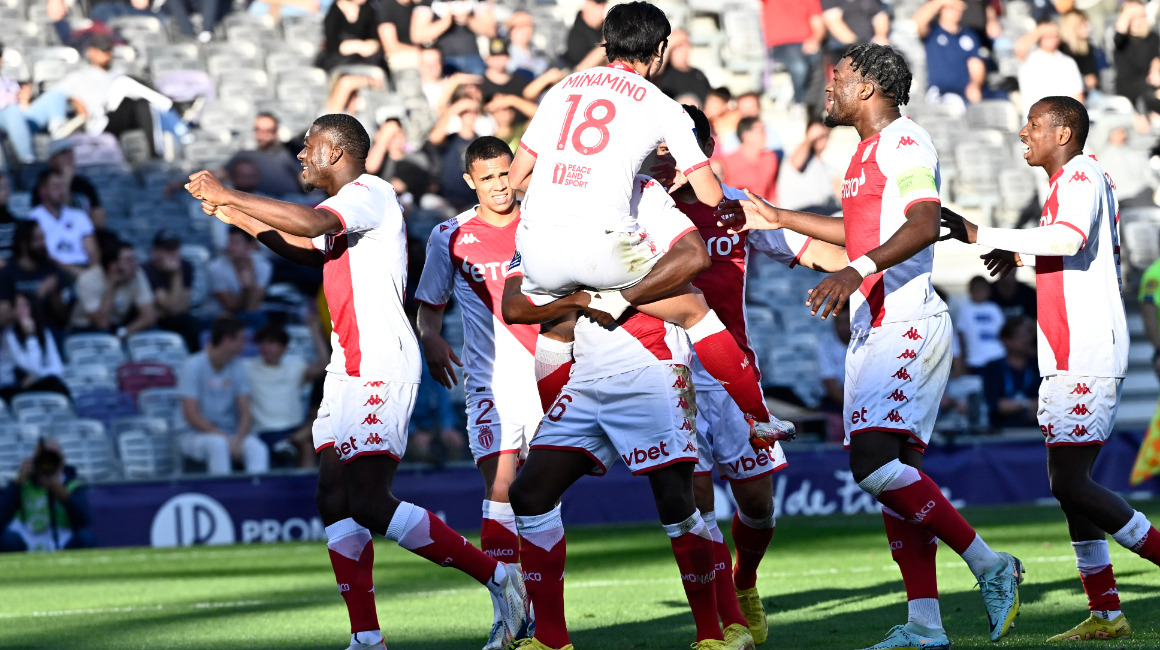 Conquering and impressive collectively, the Rouge et Blanc won 2-0 against Les Violets to record their third win in a row this week.

After victories against Angers (2-0) and Red Star Belgrade (4-1) this week, AS Monaco were aiming to make it three in a row against Toulouse. It was job done, with a 2-0 win. For this last trip in the league before the World Cup, Philippe Clement lined his side up in a 4-4-2 with returns to the starting XI for Vanderson, Takumi Minamino and Breel Embolo. Kevin Volland, scorer of a hat-trick against Red Star, was also in from the off. 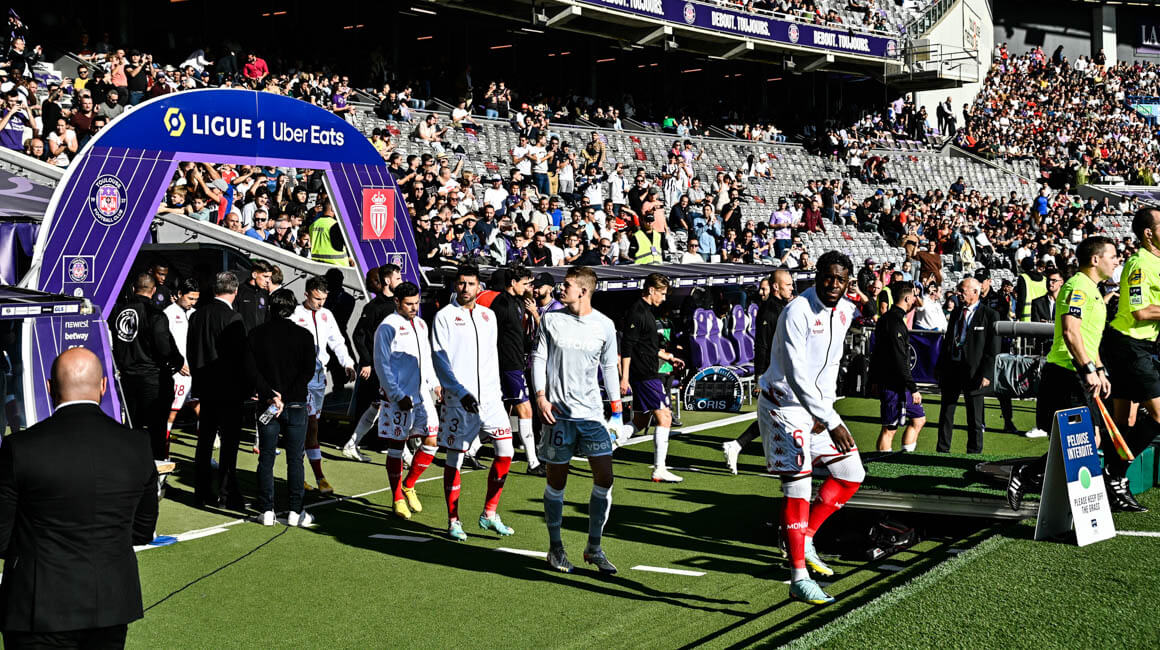 With 451 Monegasque supporters cheering them on, the Rouge et Blanc made a very good start and created several chances in the first quarter of an hour. Takumi Minamino first impressed twice with a shot from the right that was just over (5′), before his lobbed attempt narrowly went by the right post of Maxime Dupé (8′).

The Toulouse goalkeeper then proved decisive to deny Aleksandr Golovin before keeping out a header by the Japanese international (11′), confident after his being called up for the World Cup. It was then finally the turn of Youssouf Fofana to try his luck from afar. There too, his powerful shot passed just above the goals (17′).

Continuing to dominate, Philippe Clement’s men suffocated their opponents in this first half, as evidenced by the zero shots on target conceded. Unlike the AS Monaco players who continue to be dangerous, as a curling shot from Aleksandr Golovin came close to nestling inside the right post (39′). Very lively, he was then very close to opening the scoring with a volley on the turn. On target, it was blocked by the feet of Maxime Dupé (41′). 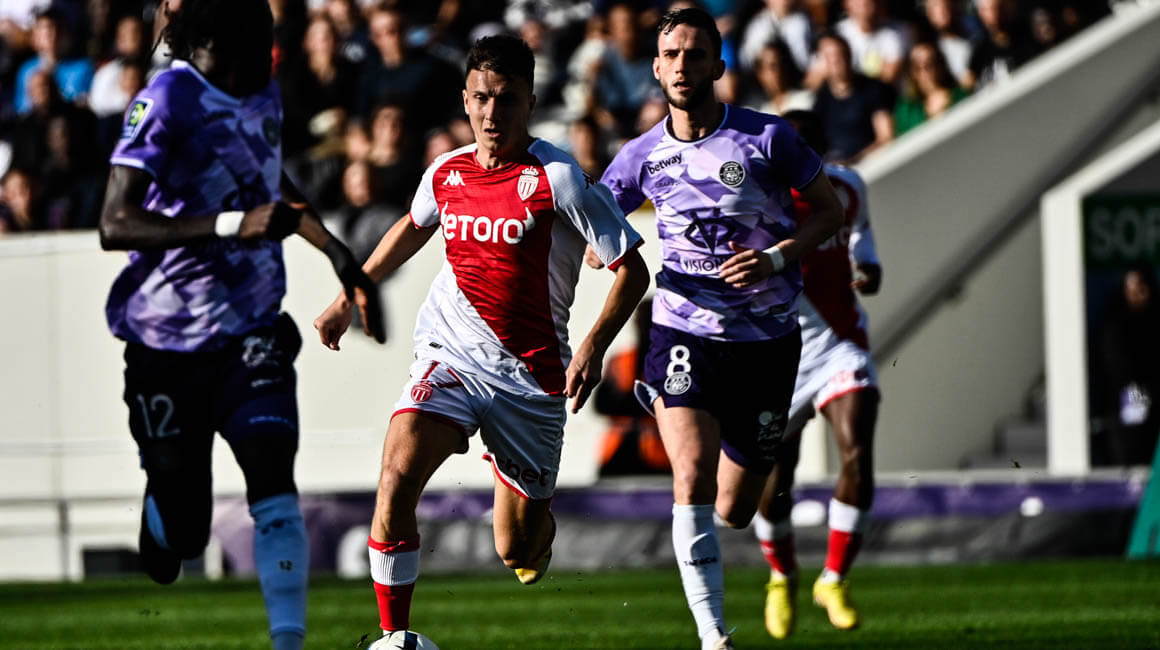 The domination by the Rouge et Blanc was finally rewarded just after the break on another fine goal from their Russian midfielder (46′), coming inside on the left side of the area. He cut inside and fired the ball into the top corner past the Toulouse goalkeeper. It was almost the same sort of goal as the one he scored against Angers last Sunday to open the scoring.

Not satiated by this opener, AS Monaco continued to push as Kevin Volland was denied at the near post by Les Violets ‘keeper (51’). And it was nine minutes later that a second goal, scored by Breel Embolo came. On a fine pass from Takumi Minamino, the Swiss striker was found alone at the far post and scored with a header into an empty goal. It’s already seven goals in Ligue 1 this season for the striker, and it’s our Japanese winger’s second assist.

After this second goal, Toulouse tried to react and it was on a set piece that they were dangerous. It then took a heroic defensive effort from the Monegasques and a superb tackle from Axel Disasi as well as a save from Youssouf Fofana to prevent the score from being reduced (75′). This pair of chances pushed Philippe Clement to make some changes, including an appearance for Wissam Ben Yedder, applauded by the Stadium in his return to the pitch where he made his professional debut (77′).

A third victory this week

The captain was then very close to adding a third but his shot across goal from the right was saved by Maxime Dupé (87′). Just before, he had already blocked Kevin Volland’s powerful attempt from range (86′) with his fists. Alexander Nübel also proved to be decisive in added time by making a very good stop with his opposite hand to deny Ado Onaiwu (90 + 2′) to preserve his second clean sheet in a row in the league.

Next up, we're at home to @OM_English in @Ligue1_ENG next Sunday.

AS Monaco thus won 2-0 after a superb collective performance to record a third win this week after beating Angers and Red Star Belgrade. It was a great performance that allows them to move up to fourth place in the standings, level on points with Stade Rennais, who are in third. In their next and final match before the World Cup, next Sunday sees a visit from OM (8:45 p.m.). Well done guys! 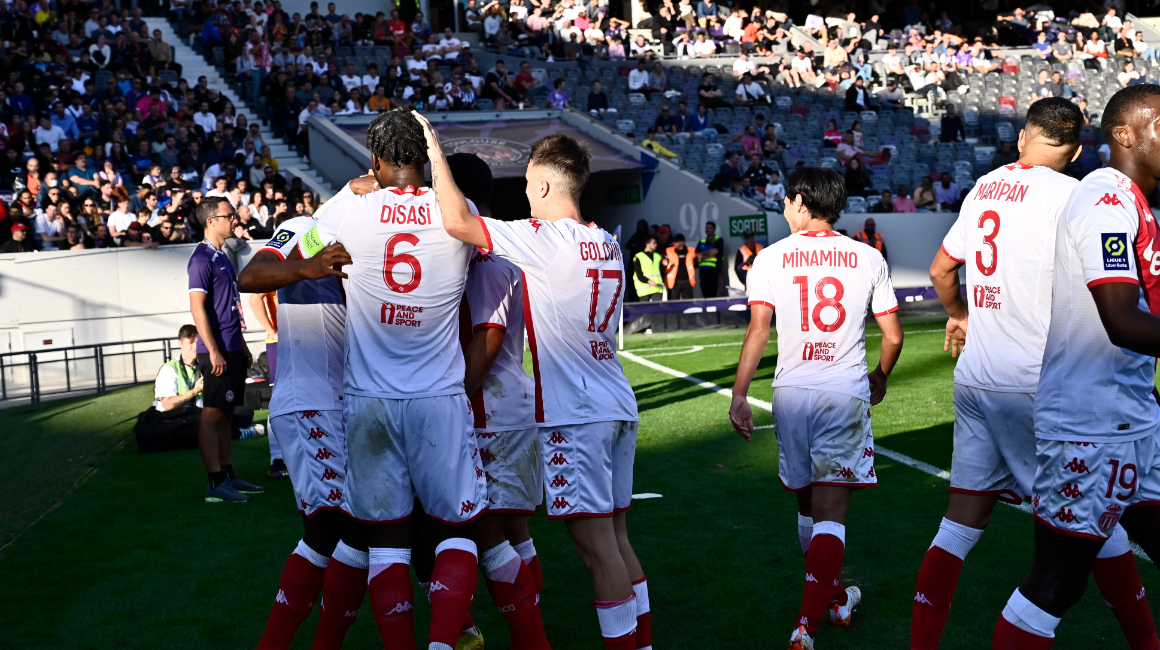