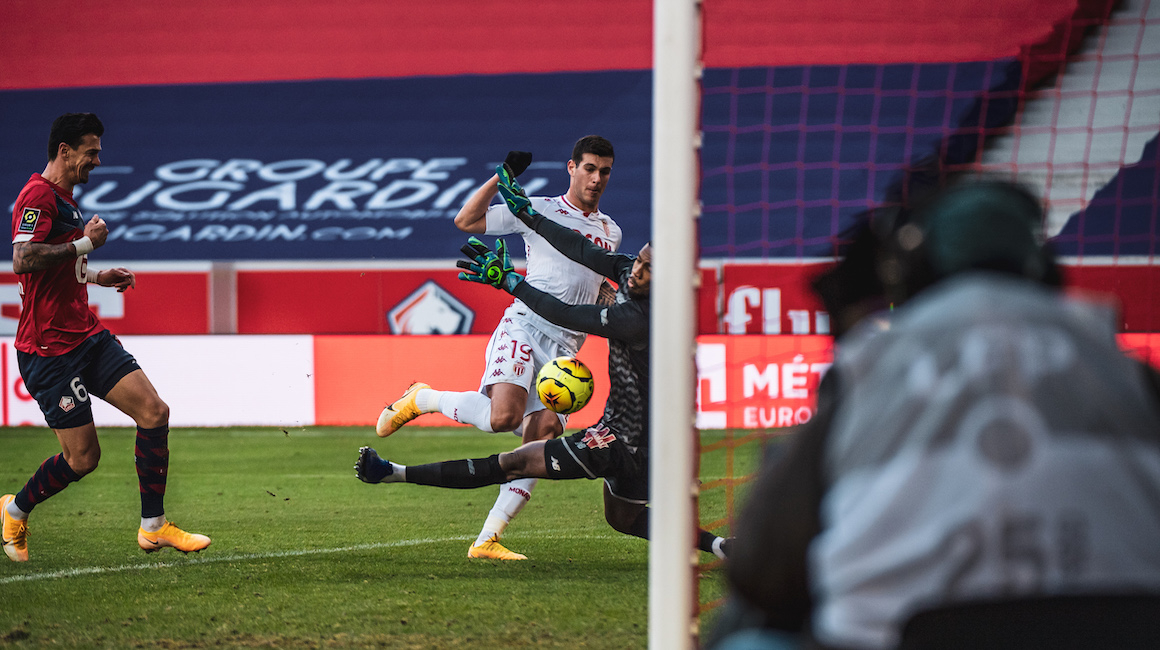 On the comeback trail with Pietro Pellegri in Genoa (1/2)

Pietro Pellegri is your IQONIQ MVP against Lille
After scoring his first goal this season from the bench last Sunday against Lille following a fine finish, Pietro Pellegri took the time to give his impressions on his playto "Au coeur des clubs", this Wednesday on Téléfoot.

He has been waiting for this moment for two years. More than two years he had shown the extent of his talent against Bordeaux on August 26, 2018, when he used his left foot to slam the ball into the opposite corner to score his first goal for the Red and Whites. Finally physically ready to start a new season with AS Monaco, Pietro Pellegri did it again this weekend against Lille, where he closed the gap, shortly after coming on.

It was a sequence that started with a fine moment of chest control and finished with a shot across goal from the left, which beat the very imposing Mike Maignan, despite the very narrow angle. But above all it can be a goal that will really kick off the season for the young Italian striker, named MVP of the match by the supporters. It also offered him the opportunity to take stock of his feelings in speaking to Marina Lorenzo on the program “Au coeur des clubs” on Téléfoot. 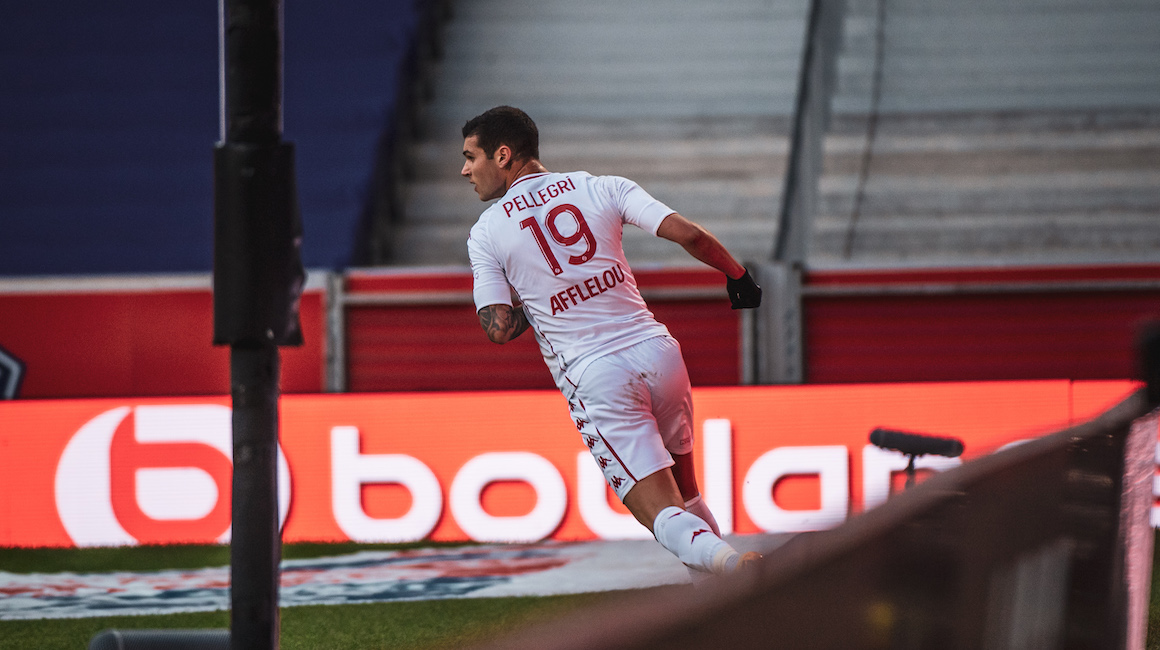 Hello Pietro. How are you feeling now, after two years with a lot of physical problems?

Yes I feel much better. I’ve worked a lot to feel better physically and muscularly. My injury issues are behind me now, and I don’t even want to think about it anymore. I want to move forward now, to look ahead.

To be honest, at the beginning, this break, with the end of the league season, was a bit difficult. To cut off sporting activity for such a long time, not to see your teammates, the coach and the staff, was very difficult. I had to train on my own for three months so it was tough. But it also gave me the opportunity to think about how to improve myself. I thought a lot about this difficult time that I was going through, about my injuries, as if to clear my head before starting a new cycle.

Yes I’m very happy to have scored this goal. I've been waiting for it for a long time, to erase everything that has happened over the past two years once and for all. So I'm very happy to have got back among the goals, and I hope this goal will be the first of many for me this season.
Pietro Pellegri

The goal you scored against Lille must have done you a lot of good?

Yes I’m very happy to have scored this goal. I’ve been waiting for it for a long time, to erase everything that has happened over the past two years once and for all. So I’m very happy to have got back among the goals, and I hope this goal will be the first of many for me this season. Because I want to help the team in the league, which has gotten off to a good start for us.

You were very calm following your finish… 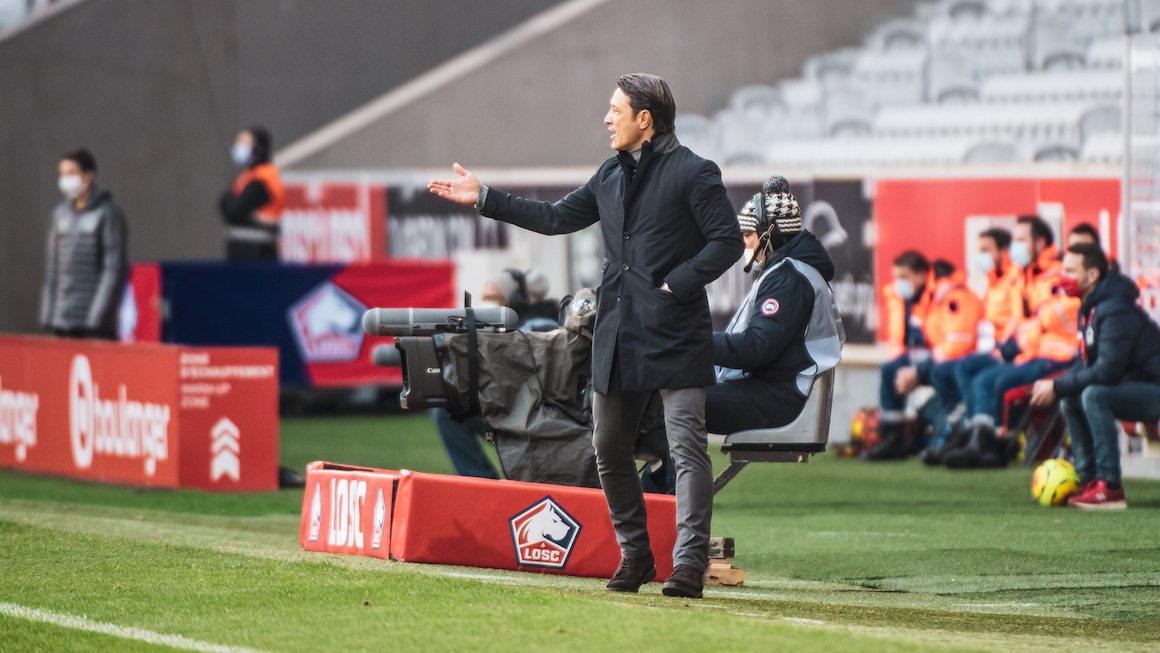 Those who aren't lucky enough to be on the pitch at the kickoff work very hard in training. Pietro scored against Lille today when he came on. He had already had some great opportunities in the last match. We have a lot of options up front, Wissam, Kevin, Pietro and Willem, and we need the whole team to get results. We can't play an 11-a-side game, so I'm very happy with the players who came on.
Niko Kovac after LilleManager, AS Monaco

You started as a professional player when you were 15. Was it difficult to wear that label of being a young prospect?

No it wasn’t hard for me. I don’t think I am a prodigy. I’m young, I did some impressive things when I started with Genoa, where I scored my first goals. But now I don’t feel the pressure, I need to play and I take what has been given to me. My injuries are behind me as I said, and now I have to show it on the pitch. I have been playing football since I was little and I can tell you that football is my whole life. So no, I don’t feel any pressure, but rather a motivation to always do better.

How do you feel as a part of this Monaco team?

I think this team has always had a lot of qualities, even in the last two years when the results weren’t there. Sometimes we just couldn’t get the things we worked on during the week to come off on a Sunday. But we have always had great qualities and very good players. This year we have a young team, but I think we have a great team, we are even better. There are a lot of players between 18 and 21 like me, but also champions like Cesc Fàbregas, Stevan Jovetić. I think it helps us younger player to improve ourselves, and to try to reach the level that they are at.

Who is your role model as a forward?

Zlatan Ibrahimovic, always him. Ever since I started playing football, he’s the one who inspired me and is my idol. This is still the case today.

You have a big match this weekend against Marseille…

Yes of course, I’m confident and I think, I hope we’ll win what is an important game for us.