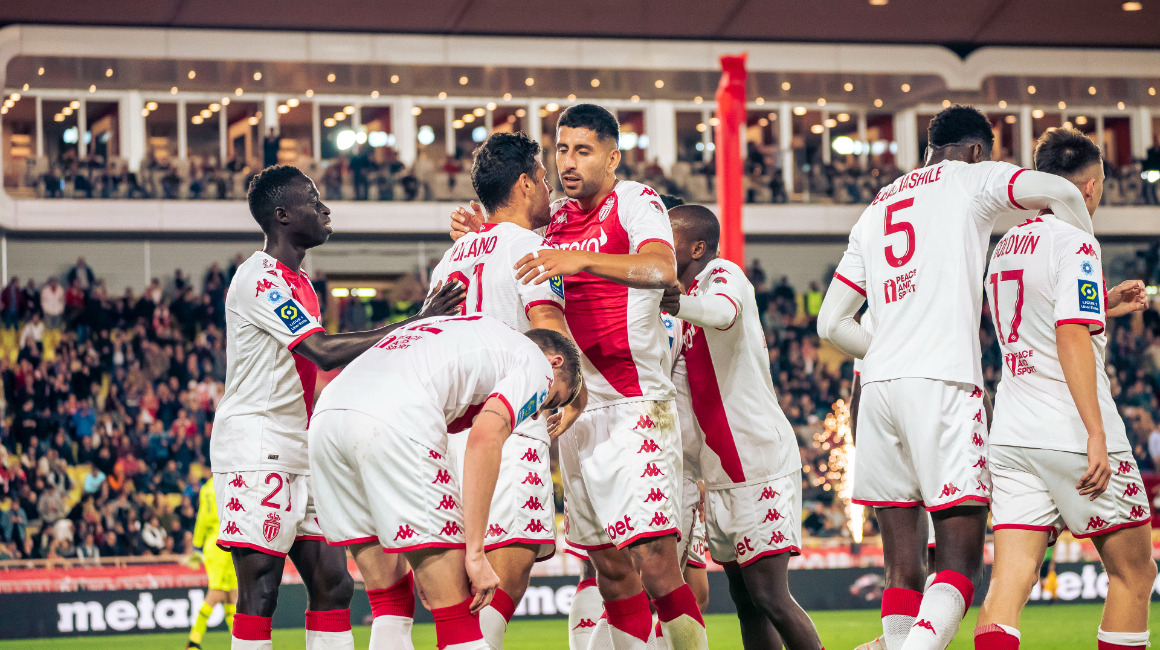 After four months of competition and 23 games played by AS Monaco, discover the nine statistics to remember from this first part of the season.

The first part of the season is now over for AS Monaco. It’s been a busy start to the year with 23 matches so far in all competitions. Qualified for the Round of 32 of the Europa League and sixth in the table, just four points off the podium, the Rouge et Blanc have proved themselves a convincing side after four intense months. With the World Cup currenlty on, we’re taking the opportunity to look back at the most significant statistics and information from this first ‘half’ of the season. 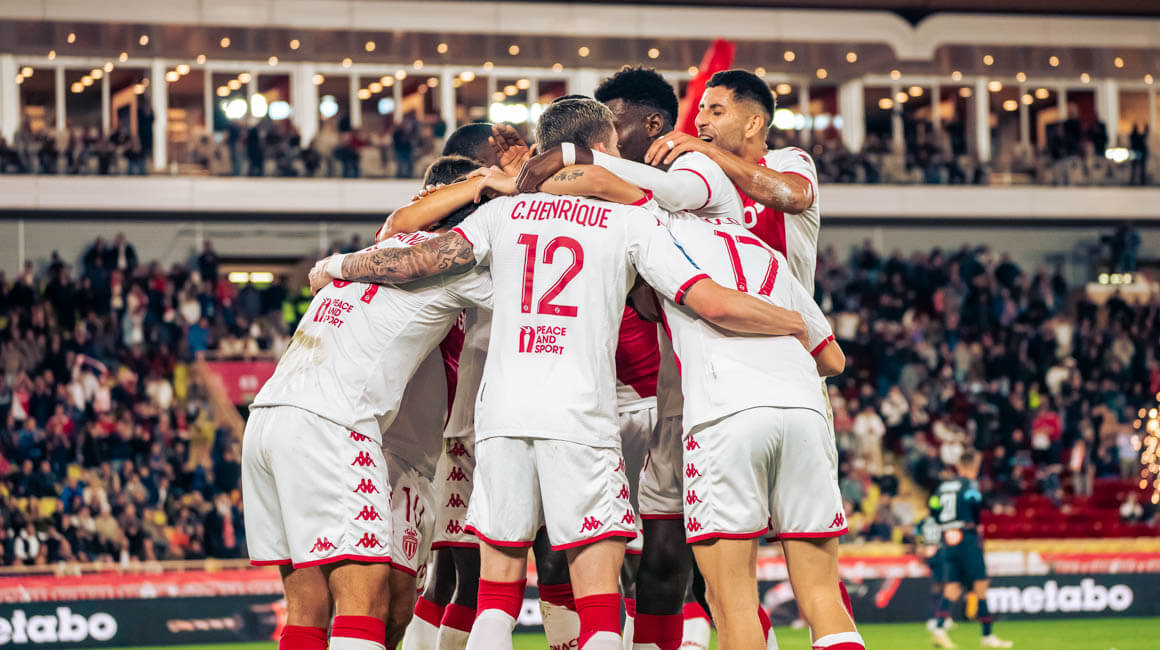 Scoring is their hobby

AS Monaco are on a run of 25 matches with at least one goal scored in Ligue 1, dating to last season. No team in the big five leagues has done better. This is partly explained by the fact that AS Monaco rank third team in shots on target (85). Leaders. 🥇

At home on the road

In this first part of the season, the Rouge et Blanc like to travel, as evidenced by their place in the away table. They are currently the second-best team on the road with 16 points taken from a possible 21. Their victims? Strasbourg, Nice, Reims, Montpellier and Toulouse.  With ten away wins in 2022, only Paris have done better this year (11). Solid. 💪

The Monegasque goalkeeper is the one who has made the most saves so far in the French top flight, with 57. He is just ahead of Toulouse goalkeeper Maxime Dupé, who has 56 saves. Wall. 🧱

Already with ten goals in all competitions, the Monegasque captain now has 83 goals in the colors of AS Monaco. He is now the fourth-best scorer in the history of the Club, level with “El Tigre” and we can hope for more after the break. Captain. 👏

Led by Caio Henrique and Aleksandr Golovin, the left flank is proving to be one of the strong points of the Monegasque attack — the two players have been decisive 14 times between them. Caio has six assists and one goal, while the Russian midfielder has delivered four assists and added three goals. 🏹

AS Monaco, kings of the free kick

With players like Caio Henrique or Aleksandr Golovin, it is normal to find the Rouge et Blanc at the top of the ranking of teams that have shined at set pieces.With nine goals scored in the league in this way (excluding penalties), they are the top team, level with Marseille. And this number even increases to 12 when we add European competition! 🃏

The team’s ability on set pieces has benefitted our defenders who are particularly impactful in this regard. Of particular note is Axel Disasi, MVP in August, and decisive seven times (three goals, four assists). There’s also Guillermo Maripán with three goals and Benoît Badiashile, scorer of two . X Factors. 🔝 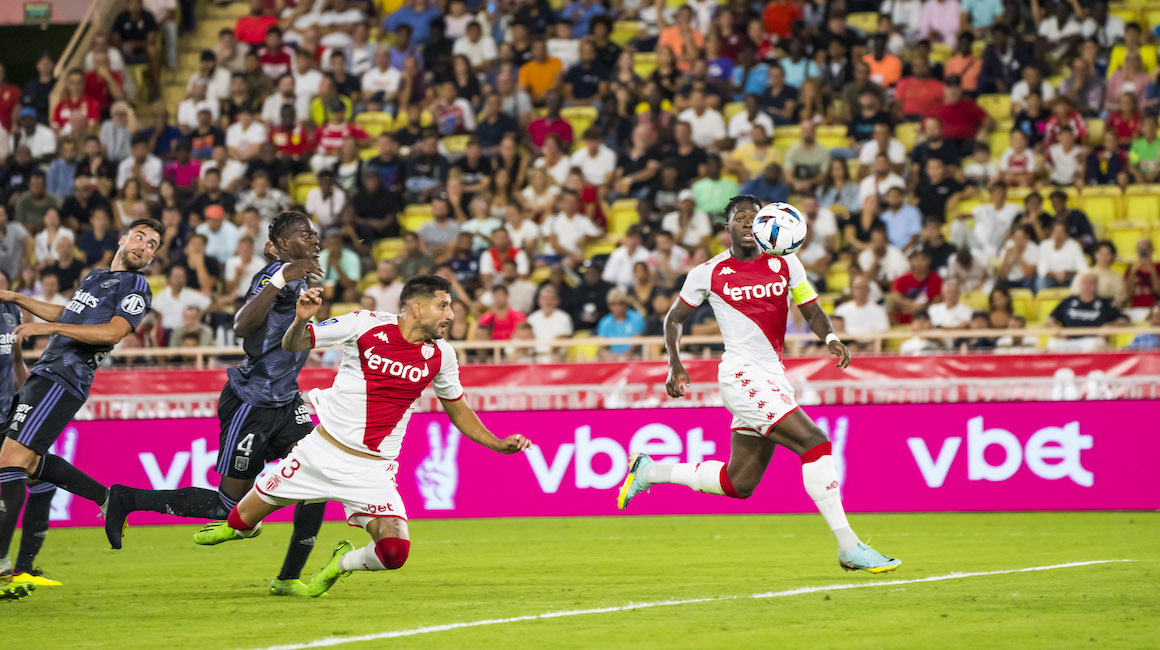 And more generally, the goals have come from everywhere. Since the start of the season, 12 AS Monaco players have found the net; only Marseille have done better with 14. The top scorer in the league is Breel Embolo (seven goals). But we can also add to this list: Kevin Volland (two goals), Myron Boadu (once), Takumi Minamino (once) or Youssouf Fofana (one). Collective 🌧

This first part of the season was also marked by the fact that several Rouge et Blanc played their 100th match with AS Monaco. This list includes Axel Disasi, Kevin Volland, Youssouf Fofana, Guillermo Maripán and Caio Henrique. It was even a happy hundredth for the last two, as each scored a goal to mark their centenary. 💯 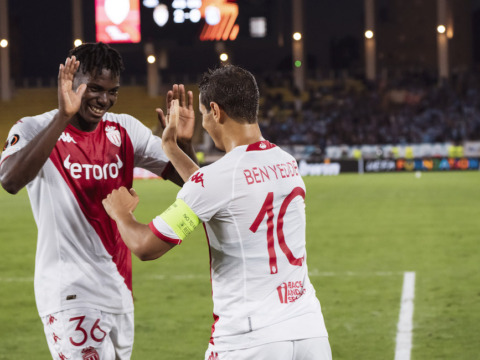 The impressive stats of the Ben Yedder-Embolo duo