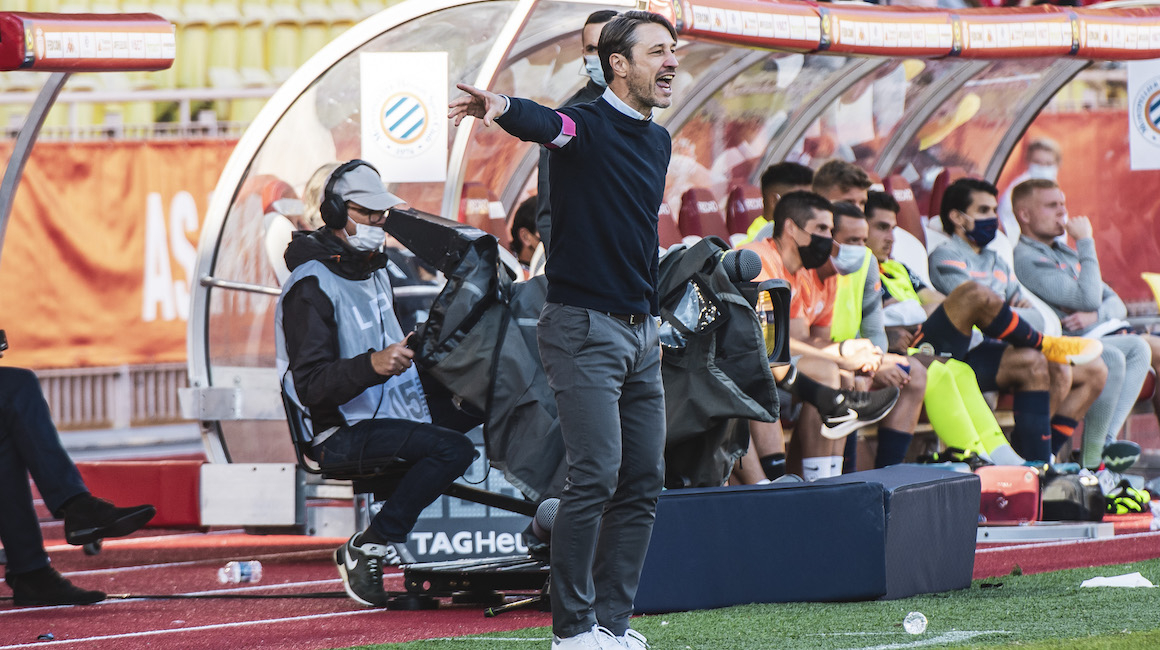 AS Monaco stumbles against Montpellier's low block
AS Monaco and Montpellier played to a draw, one goal apiece, on Matchday 7 of Ligue 1. It was a result that inevitably fueled frustration for the AS Monaco coach and midfielder.

This afternoon saw a second draw at the Stade Louis-II this season. After a 2-2 against Stade de Reims at the opening of the league season, it was Montpellier who came to steal a point (1-1), despite very strong dominance in the game from AS Monaco. Unfortunately the many attempts of the Red and Whites did not allow the teammates  of Wissam Ben Yedder, who continued to perform on the same level with his fourth goal of the season, to win the match. Here are the post-game reactions from Niko Kovac and Aurélien Tchouameni. 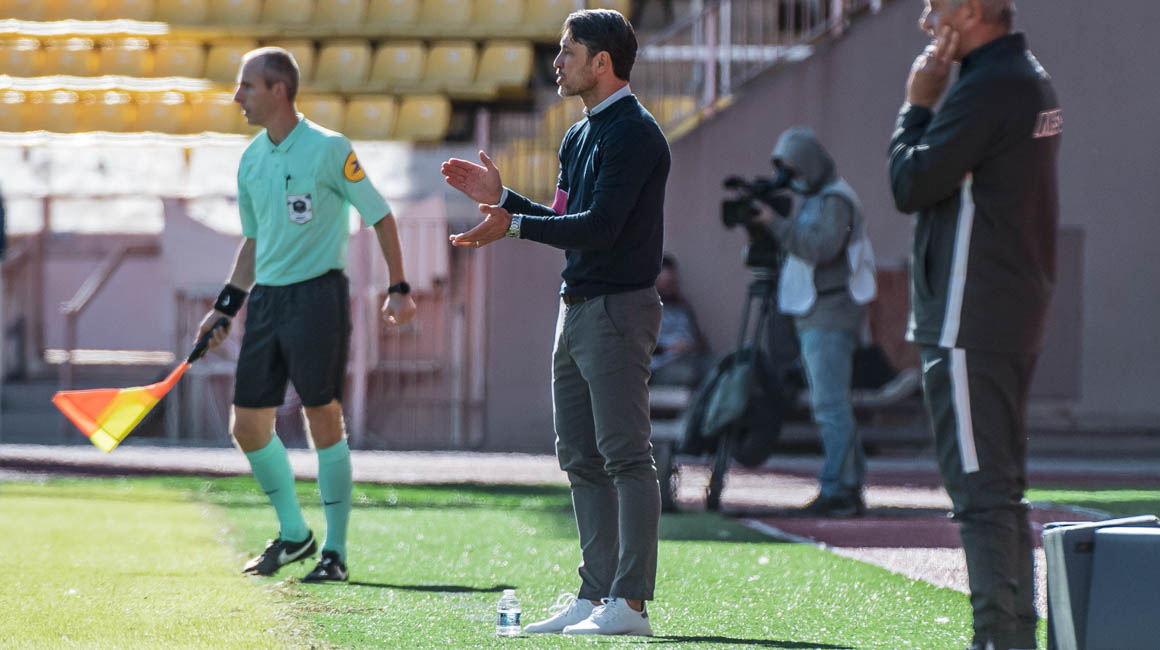 The reaction of Niko Kovac

Coach, was it a pretty unique match, despite being eleven-on-ten?

Yes, these are challenging matches, something we have already experienced against Metz. Montpellier were very well organized, they are a team that defend very well, among the strongest teams in the league at the back, playing a five-man defense. We dominated the match, we had possession, great chances. Unfortunately we dropped two points. I told the players that we all have to play together and therefore we all take responsibility for the outcome together.

I think we can compare today’s game to those of Reims and Brest, indeed. We mostly dominated these matches each time, but we dropped points in the end. These lost seven points bother me, because I think we could have more today.

How do you explain the offensive ineffectiveness of your team despite having five attackers on the pitch at the end of the match?

We worked on the offensive side of things in training for the last two weeks during the international break, to be more successful in the last third. We weren’t clinical in front of goal, it’s true, not as much as we hope despite the chances we’ve created. We have to find more space, more openings in this type of match where the opponent is very tight in the middle.

In the last few years Montpellier has done a good job and achieved some great finishes, so we definitely expected to have a good team fighting against us. I do think that they can be candidates for a European place. In any case, when you have an opportunity to win this kind of match against a team like Montpellier, you have to do it.
Niko Kovac

According to you, are Montpellier a candidate for European places?

In the last few years Montpellier has done a good job and achieved some great finishes, so we definitely expected to have a good team fighting against us. I do think that they can be candidates for a European place. In any case, when you have an opportunity to win this kind of match against a team like Montpellier, you have to do it. We are dropping too many points and I think it could be problematic come the end of the season.

How do you judge Florentino Luis’ first start?

Faced with this five-man defense, we needed someone very aggressive in midfield to collect the ball and give us a man advantage in the middle and Florentino did a very good job I think. Then we decided to make a tactical change to have more movement and presence in attack, but unfortunately we did not find the breakthrough.

What is your take on Kevin Volland’s start to the season?

He’s not fully adapted yet — he’s changed leagues, countries, cultures, and I think he needs time to adapt. You have to be patient with him. That doesn’t undermine his qualities, I’m sure he will show them very quickly in the coming weeks, you’ll see.

Djibril Sidibé was whistled by part of the audience when he left, what do you think?

Football is a game where there are bound to be mistakes. I know what the game is about, and it’s part of a team’s season. We are all together and no matter if there has been an individual error, we have to support each other. Djibril is a great player with a lot of character, very experienced, he is world champion and we are there to support him, to be with him.

Axel Disasi’s return next week will do you good…

Chrislain had a very good game, like the last time. Sure he could have come back on Montpellier’s goal a little quicker after the lost duel in the center circle, but we believe in him, he is a young talent who is only 18 years old. Regarding Axel, he will indeed come back to us for the next match after his suspension. If he’s physically fit, obviously he’ll be there against Lyon. 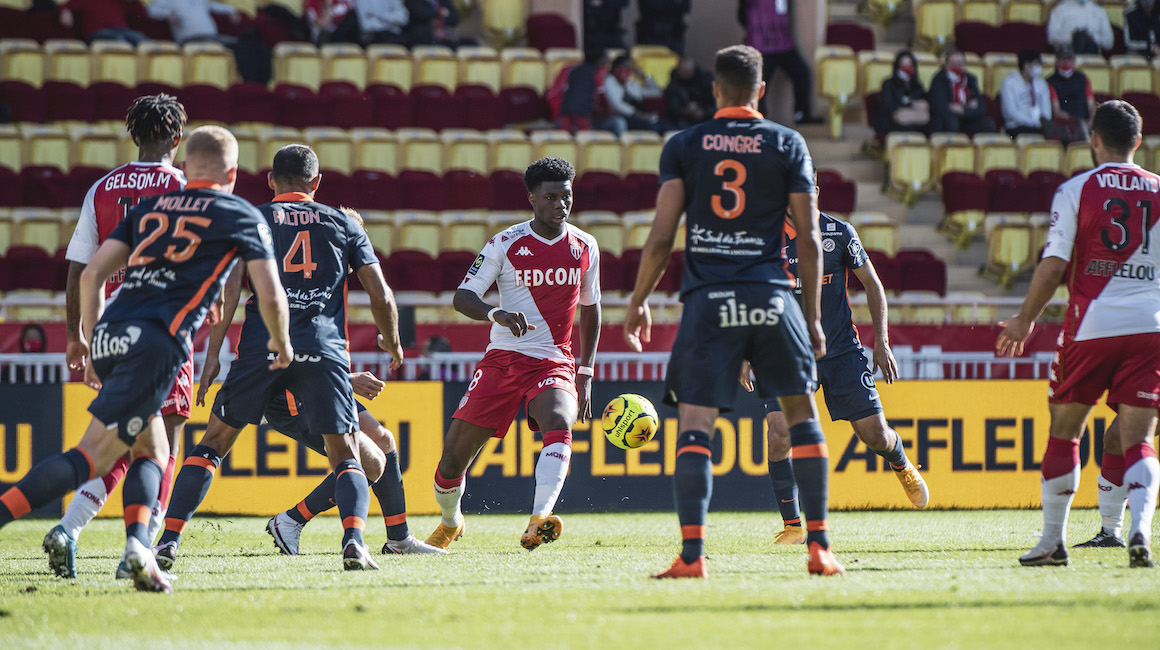 The reaction of Aurélien Tchouameni

One can imagine this was a very frustrating match…

We’re very frustrated because we’ve had a man advantage for over an hour. We had to win this match, these are points dropped for us. It’s been two matches we haven’t won after Brest, and it is true that we have missed out on important points. We will have to raise our heads and win the next match in Lyon. We are not going to question the work done so far.

What was the coach’s reaction in the locker room?

He was very calm but he had necessarily harsh words. It’s normal that he got after us a bit. The expected result was not there and we dropped two more points. Once again, it’s up to us to raise our heads.

Is this problematic for the goals of the club?

There are still a lot of matches to play, we have only just finished the 7th matchday. So we have time to collect points to complete these objectives. We have to try to erase the small individual mistakes.

It’s not all about to be thrown away, however …

We are not going to question everything because we drew today. I think that if we follow the coach’s instructions well and get after ourselves a little, get back to work, we will find the path to victory. We have to be calm, we’re not going to start throwing everything away because we haven’t won in two matches. We need to work a lot. We have a young, carefree group, and that’s what will allow us to bounce back.

What was missing for you?

Montpellier are one of the strongest teams in the league with this defense of five. At ten they dropped deep a lot, so we didn’t have much room to press and our possession unfortunately remained too sterile.