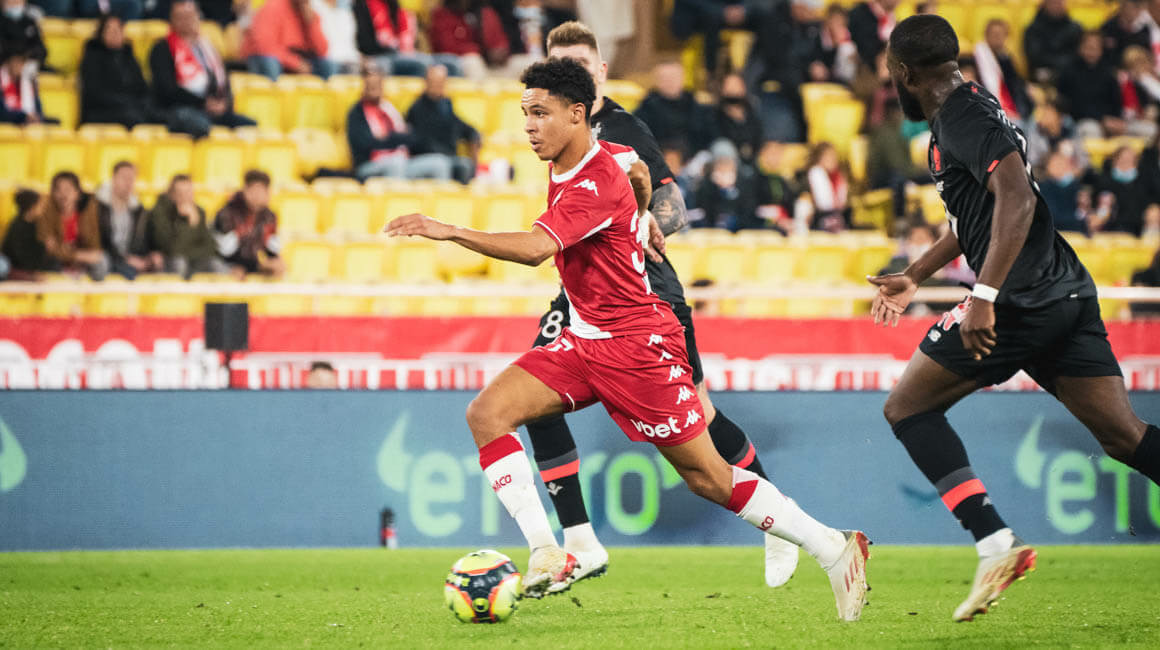 Behind by two goals then reduced to ten men, AS Monaco showed great mental strength to snatch a draw against Lille (2-2), this Friday at the Stade Louis-II, on the 14th matchday of Ligue 1. After the match, Sofiane Diop spoke to the press.

The Monegasques went through a wide range of emotion this Friday evening at the Stade Louis-II. Behind 2-0 after nine minutes of play to LOSC, Niko Kovac’s men gave everything and, even when reduced to ten men at the end of the match, managed to snatch a draw (2-2) which could even have been turned into a victory. Speaking of this reaction with pride, Sofiane Diop reflected on the match.

Even though we would have preferred a different result, this second half  will do us a lot of good. Ahead of Thursday's very important match against Real Sociedad, it gives us a lot of confidence physically and mentally.
Sofiane DiopSofiane Diop, AS Monaco Midfielder

How do you explain the character of this match?

We had the first 20 minutes in which we were not up to par, then we were able to react after conceding the second goal. We managed to reverse the trend and Lille hardly had any control in the second half. We are frustrated with the draw but happy with our reaction. I am convinced that this match will be very important for the rest of the season.

So it is a feeling of frustration that predominates in relation to how the match unfolded?

There is indeed a sense of frustration because, even with ten men, we should have won this match. We came away very frustrated from this match because we had a lot of chances and it’s a shame we didn’t manage to score a third goal. Even though we would have preferred a different result, this second half  will do us a lot of good. Ahead of Thursday’s very important match against Real Sociedad, it gives us a lot of confidence physically and mentally.

What was the talk in the locker room at half-time?

The coach told us to pick ourselves up. We also became aware of things in a natural way. He didn’t have to tell us too much. We were able to react and show another side to our play in the second half.