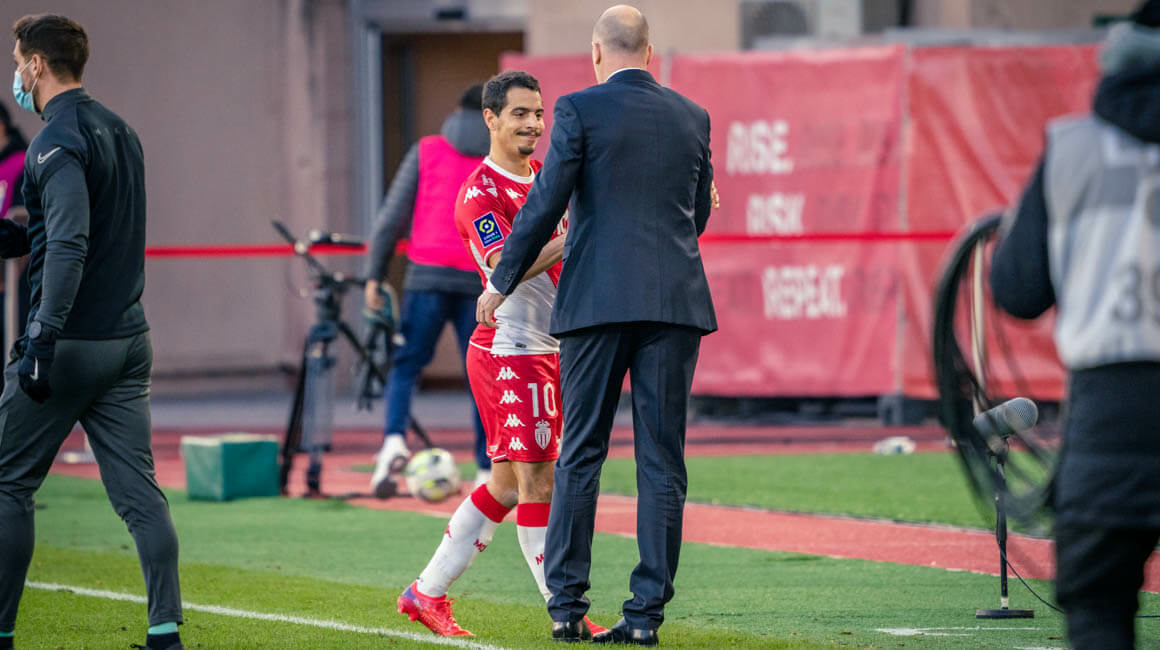 Scorer of a double and an assist, the Monegasque captain was elected MVP of our win against Clermont (4-0) by you, the supporters of the Rouge et Blanc, on the AS Monaco App.

It was an afternoon of smiles for Wissam Ben Yedder. This Sunday, the captain of AS Monaco put on a show for the fans at the Stade Louis-II who had come to watch on Matchday 21 in Ligue 1 against Clermont (4-0). It was a match in which he scored twice and added an assist, which earned him the title of Match MVP on the AS Monaco App, with 78% of the vote, ahead of Sofiane Diop and Aurélien Tchouameni.

Before kick-off he celebrated his 100th match played at the Club, which had come during the Coupe de France match against Red Star (2-0) another match in which he scored twice, and once on the pitch, the French international (16 caps, 2 goals) delivered an impressive display after coming on at the start of the second period.

In the 55th minute, he found the net on a cross from Caio Henrique to score the team’s second goal (2-0, 55′), before winning a penalty and converting it himself (3 -0, 62′). This was also his sixth goal from the spot since the start of the season — only Jorginho (Chelsea) has as many in the European Top 5 leagues.

I think Wissam will thrive in the style football we want to play, which is very attacking, with a lot of players in final third. Wissam has very great qualities, he understands the game perfectly, he knows when to play with the ball and when to make runs.
Philippe ClementManager, AS Monaco

This double also allowed “Captain Wissam” to return to the top of the Ligue 1 goalscorer table with 12 goals, like Lille’s Jonathan David, with an average of one goal every 99 minutes, the best in the Top 10 of this ranking. .

He even came close to a hat-trick on a powerful free kick repelled by Ouparine Djoco (85′), before finishing the job with an assist for Caio Henrique, scorer of his first goal since his arrival at the Club. It was a capital performance which earned him the title of MVP. Bravo Wissam! 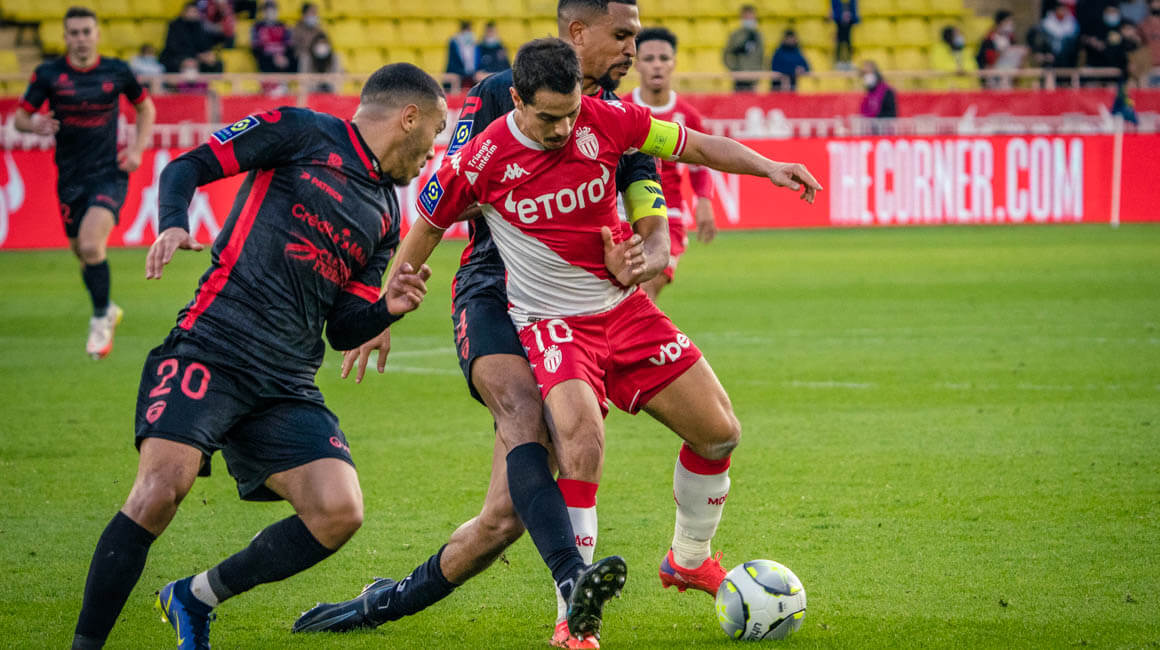 *Download the AS Monaco App on  Google Play or Apple Store)