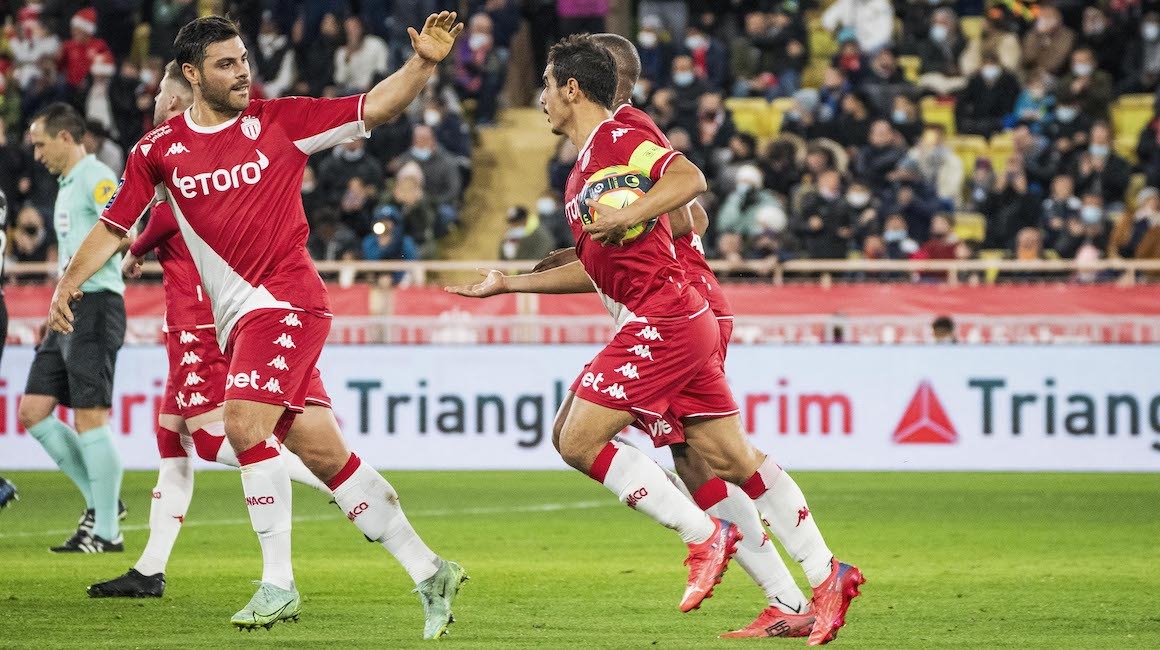 After scoring four goals last month, having already passed the 50-goal mark with AS Monaco, the Monaco captain was named Best Player of December by you, the Rouge et Blanc fans, on the AS Monaco App.

He was the top scorer in Ligue 1 in 2021 behind Kylian Mbappé! With 23 goals in the calendar year, Wissam Ben Yedder did well, both in the league and in the various cups in which he competed. With 29 goals and eight assists in total last year in all competitions (Coupe de France and Champions League included) – he was thus one of the most prolific French strikers, in the company of the former Monegasque, Mbappé and his other teammate in the France team, Karim Benzema. 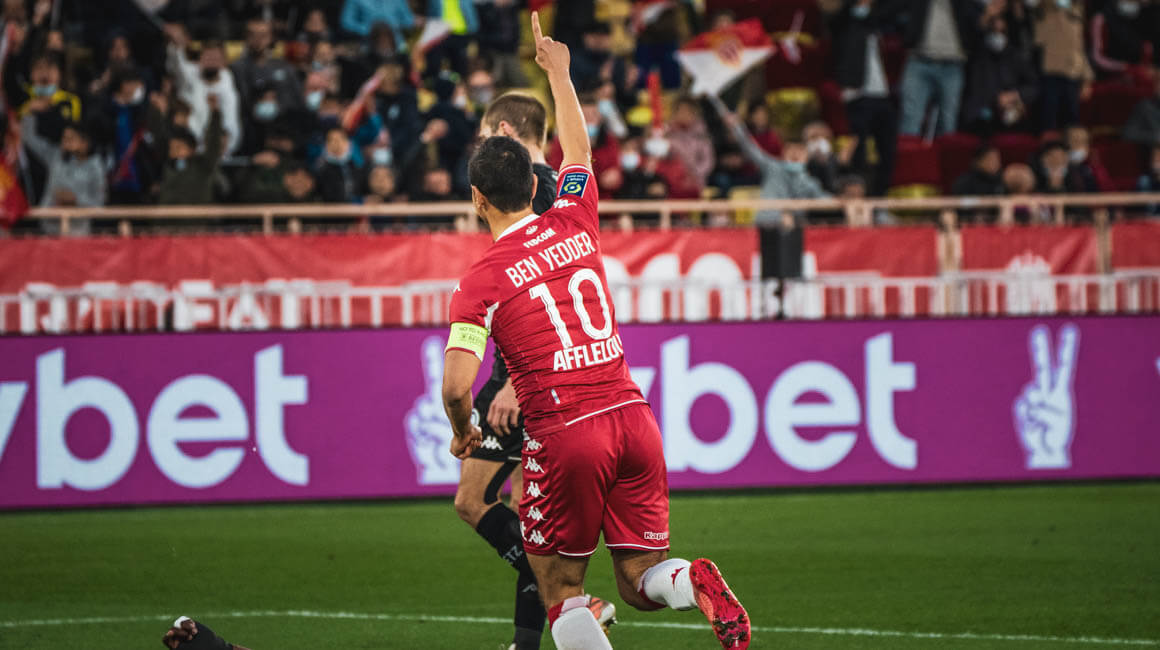 Celebrating 100 matches for AS Monaco with a double

And December didn’t change much for the French international (16 caps, 2 goals), having scored four times. First, he shone off the bench in an impressive home win against Metz (4-0). On a superb finish following a backheel from Aleksandr Golovin, the Monegasque number 10 turned his defender and then finished perfectly from the left, to score his ninth goal of the season in Ligue 1. A few days later, he distinguished himself by scoring a double in the Coupe de France against Red Star (2-0 victory), for his 100th match in La Diagonale.

On the opening goal, he dribbled his way to the goal on his own, with a superb bit of skill, before slotting the ball home. Then he took advantage of Eliot Matazo’s brilliant bit of play to double the lead with a clever strike into the corner. Voted MVP of the Round of 64, he did not stop there. Three days later, against Rennes at the Stade Louis-II, it was again he who put AS Monaco back on track. For this big match of the 19th round, he took his responsibilities by scoring the equalizing penalty against the Bretons.

The Rouge et Blanc finally won the match (2-1), thanks to a second goal from Kevin Volland, which “Captain ‘Wiss” was also involved in. It didn’t take much to make him the Man of the Match for Monaco once again, for the fifth time this season. By the way, this is now the seventh time he has reached at least the ten-goal mark in the French top flight, and the third in a Monegasque jersey. It is therefore logical that the second-leading scorer in the top flight (10 goals against 12 for Jonathan David), was also named MVP of the month of December by you, the fans on the AS Monaco App, with 79% of the votes.

Again, he has scored a “brace”, having already been voted the MVP in November. It’s becoming a habit, too for a player who scored again in his first match in 2022, against Quevilly-Rouen this Sunday (3-1 win). And it was also a sign of a return to form for his brilliant combination play with Kevin Volland, who scored a double in Normandy. So well done to our captain, whom we hope will be just as decisive in this new year!

*(in brackets, the number of elections for player of the month this season)

Download the AS Monaco App on Google Play and Apple Store)