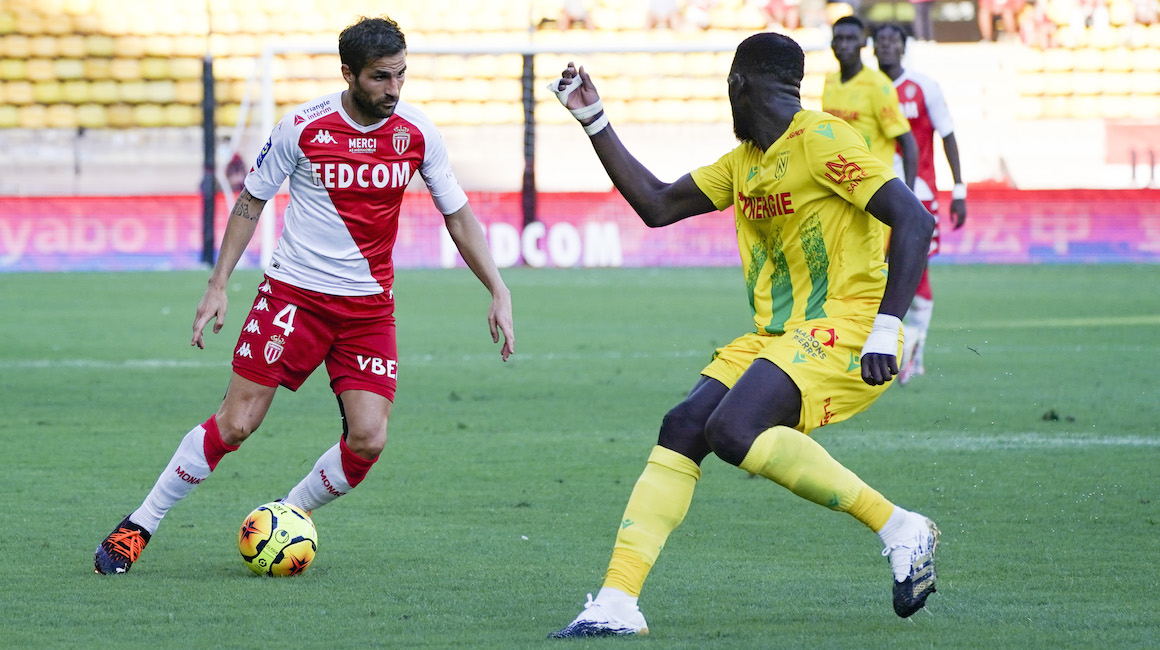 A 1000th win under the eyes of President Dmitry Rybolovlev
While the victory against FC Nantes on Sunday night (2-1) was the 1000th in AS Monaco's time in Ligue 1, the match was also a bit special for Cesc Fàbregas.

A small but historic win. The third matchday of Ligue 1 of this 2020-2021 season will be remembered by AS Monaco. Firstly because the Principality club won their 1000th match in the French top flight becoming only the 4th French club to reach this level. Until now, only Olympique de Marseille, Girondins de Bordeaux and Saint-Etienne had exceeded this symbolic threshold.

But the win against FC Nantes (2-1), was also an important milestone in the long and successful career of Cesc Fàbregas. The Spanish midfielder, 2010 World champion and European champion in 2008 and 2012, who performed well against Les Canaris, played in his 800th career match. Picked by Niko Kovac in defensive midfield, just in front of the Monegasque defense, he was the player who had the greatest number touches (102) during the match.

He even had four shots passes out of the 18 attempted by AS Monaco. It was an impressive display, then, and one rewarded with a 1,000th victory in club history, on his 800th career appearance.Cesc Fàbregas was honored by his teammates in the Red and White dressing room after the match. The rest is here in pictures …