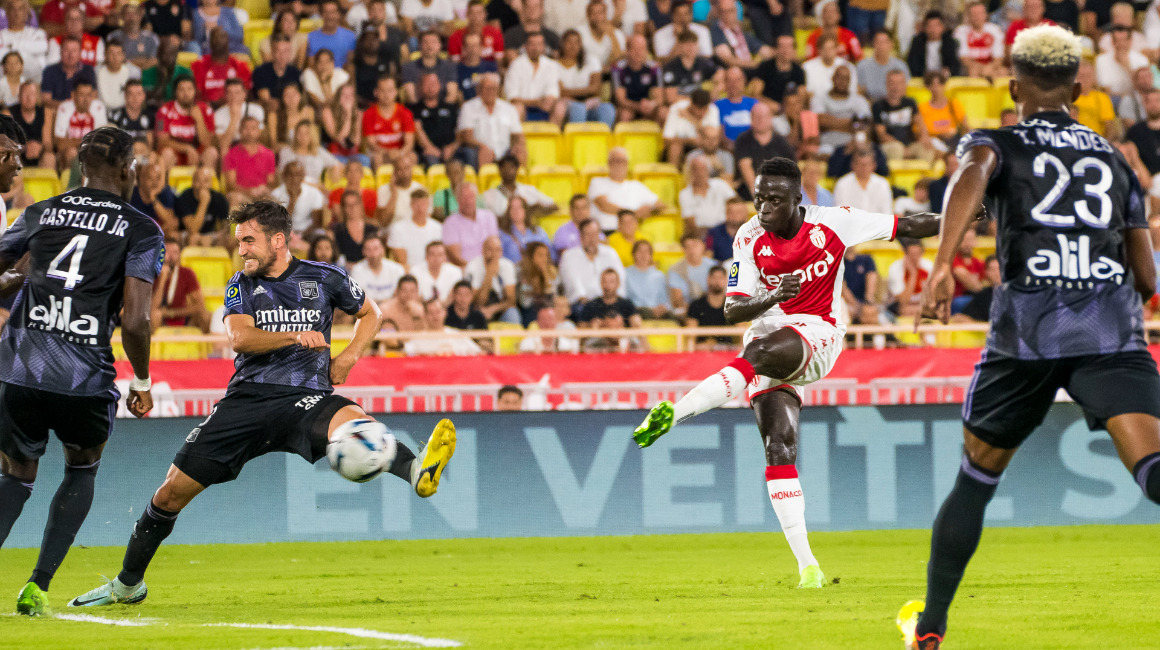 Thanks to goals from Benoît Badiashile and Guillermo Maripán, the Rouge et Blanc won against Olympique Lyonnais (2-1) and ended a perfect week with three wins.

At the end of a lively match, the Rouge et Blanc had beaten Olympique Lyonnais (2-1), to conclude the 7th round of Ligue 1. To start this big match, Philippe Clement decided to stay with a 3-4-3, with two changes from the win over Red Star Belgrade (1-0), three days earlier. Krepin Diatta and Breel Embolo regained their starting spots in place of Takumi Minamino and Wissam Ben Yedder. It was also a 100th appearance in Rouge et Blanc for Guillermo Maripán.

A cautious, and then open start to the match

After the match match started cautiously, it came alive at the end of the first quarter of an hour, with two chances in quick succession for AS Monaco. Krépin Diatta first hit the post on a cross from Aleksansdr Golovin (15′), before Breel Embolo’s header lacked power and was caught by Anthony Lopes (16′).

The Lyon reaction took place shortly thereafter, with an attempt by Alexandre Lacazette, saved by Alex Nübel (21′), and then Karl Toko-Ekambi, on a Rhone counter-attack, shot over from the edge of the area (31′). 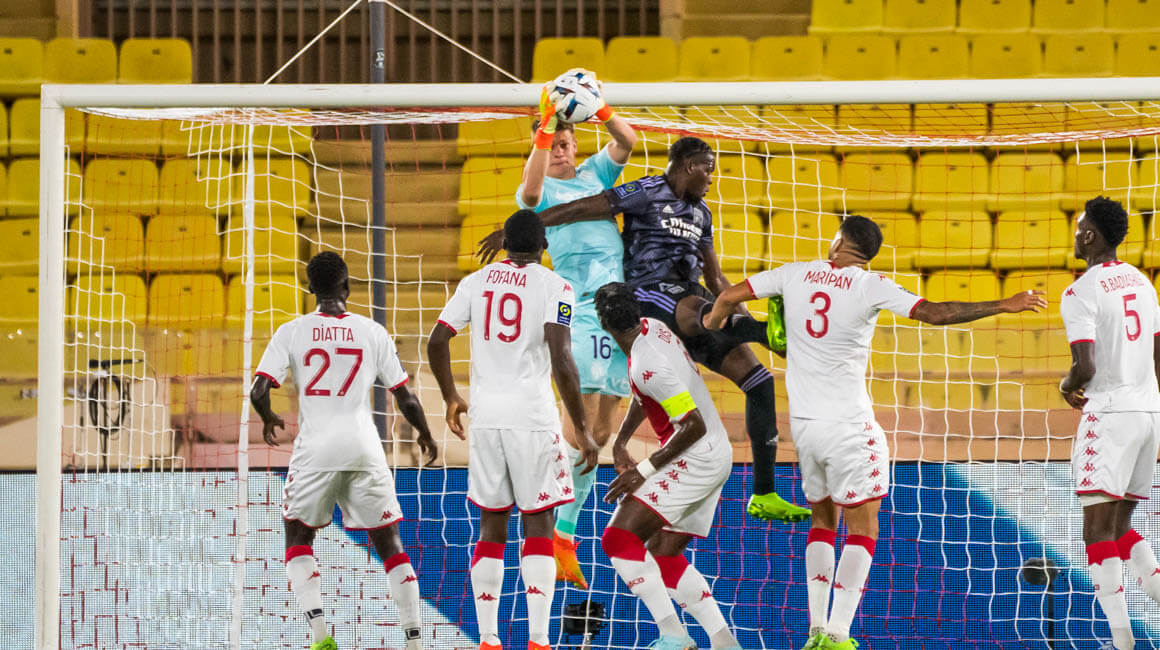 Opportunities on both sides

A few minutes later, Krépin Diatta’s shot was cleared off the line by Castello Lukeba (33′), while Alexandre Lacazette’s shot went just wide (35′). Then it was Nicolas Tagliafico’s turn to try his luck, but his shot was easily saved by Alex Nübel (36′).

The match was still lively and from a tight angle, Tetê could only hit the side netting. In the wake of this action, on a long clearance from the Monegasque goalkeeper, Aleksandr Golovin tried his luck from 25 meters. His powerful attempt was punched clear by Lopes (43′).

The second half started with the same energy. It then took a great save from Alexander Nübel to prevent a Lyon goal, as the German goalkeeper won his duel against Alexandre Lacazette (53′). This chance woke up AS Monaco and on a corner beautifully taken by Caio Henrique, Benoît Badiashile fired home from the penalty spot to open the scoring with a powerful header. It was his second goal this season and a 21st assist for the Brazilian.

💥 @BadiashileB gives us the lead!

21 assists became 22 just eight minutes later for the Monegasque left back. On a free kick once again perfectly struck, Guillermo Maripán cut in at the penalty spot and doubled the lead (63′). A hundredth match was celebrated in the best way possible for the Chilean defender.

AS Monaco resist and make it three in a row

Dominant in the match at this point, the Rouge et Blanc were, however, surprised on a counter-attack finished by Karl Toko-Ekambi from the right (81′). Still ahead by a goal, Philippe Clement’s men managed to hold on thanks to an in-form Alexander Nübel.

On a final chance, he cleared away a powerful close-range shot by Moussa Dembélé (90′). This high-class save gave AS Monaco a third consecutive victory after Nice (1-0) and Belgrade (1-0) and thus concluded a perfect week. This success allowed the Monegasques to move up to seventh place. The team’s next match comes Thursday with  a visit from Ferencváros (6:45 p.m. at the Louis-II Stadium) in the Europa League.

Massive win for our Rouge & Blanc at home against Lyon 🔴⚪️

* Download the AS Monaco App  Google Play and Apple Store)