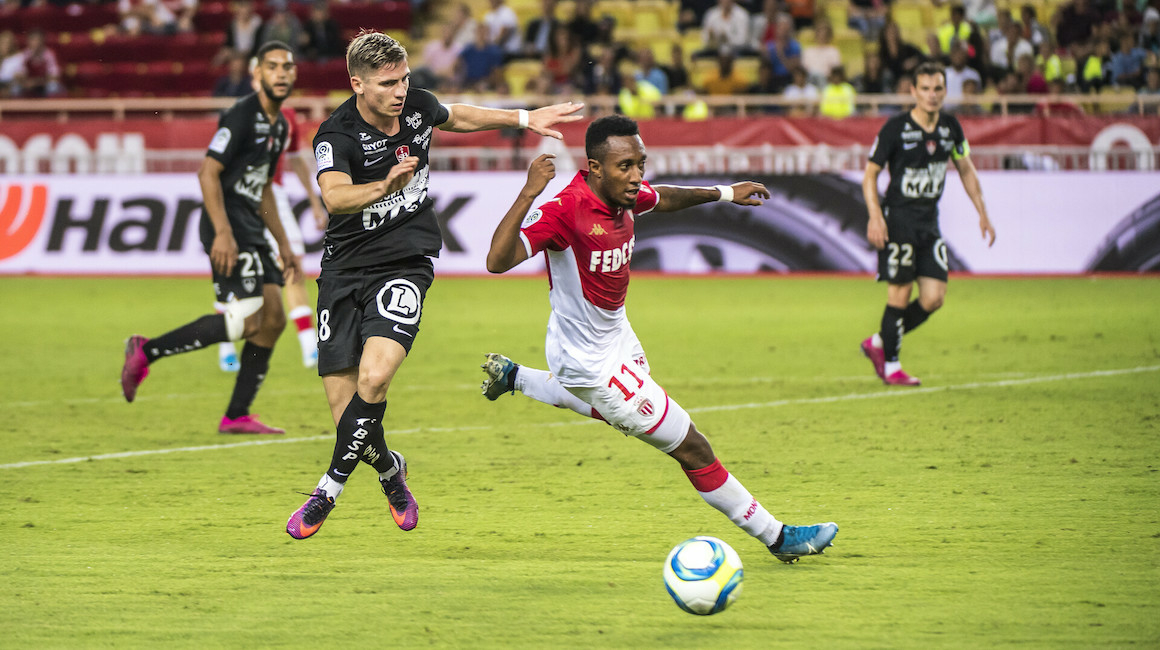 Niko Kovac: "I'm not afraid to give the youngsters their chance"

Irvin Cardona : "Un moment spécial de retrouver mon club formateur"
After a very tough start to the league, Stade Brestois has recorded two wins in its last three matches. Here's all you need to know about the Breton side, who will host AS Monaco this Sunday at the Stade Francis-Le Blé (3 p.m.), as part of the 6th matchday of Ligue 1 Uber Eats.

There is always something going on at the Stade Francis-Le Blé. Whether Brest wins, as against Lorient two weeks ago (3-2), or that Olivier Dall’Oglio’s men fall in a match’s final moments, as they did against OM on the second matchday (3-2), one is never bored at the tip of Brittany this season. It’s an impression that is verified by a look at the table as Stade Brestois 29 have yet to record a draw this season in Ligue 1.Three players trained at AS Monaco

After five matchdays the teammates of Irvin Cardona, who took the time to speak before the game, have recorded two wins and three losses. Their matches have been systematically punctuated with goals and plenty of spectacle, which makes Brest the third best attack in the league, tied with… Monaco. But they also have the worst defense in the top flight so far, with no less than 12 goals conceded, five of which were at home.

It was indeed this defensive permeability that prevented SB29 from obtaining an unlikely result against Olympique de Marseille, despite 19 shots attempted against 7 for OM, and fifteen good chances. Teammates Ibrahima Diallo (leaving for Southampton) and Romain Faivre, who also trained at AS Monaco’s academy, like Irvin Cardona, winner of the Coupe Gambardella in 2016 with the Red and Whites with the youngest of the Diallo brothers, would therefore never refuse to play their style.Even if Olivier Dall’Oglio has admitted having focused the sessions of the last few days partly on defensive work, he has already demonstrated an offensively minded and ambitious game on the Dijon bench .

Brest conceded three more goals in Angers last weekend in a 3-2 defeat, which brought their average goals conceded to 2.4 after a heavy opening day defeat in Nîmes (4-0). Still, the Bretons, who finished in 14th place last season when Ligue 1 was finally ended, have some attacking strengths. In addition to Irvin Cardona, who arrived from the Principality club in the summer of 2019, and was the author of a sumptuous goal in Dijon, Gaëtan Charbonnier, new signing Steve Mounié and left back Romain Perraud have already each scored two goals since the start of the season.

Fam. This volley from Irvin Cardona. It makes NO SENSE!!!!! pic.twitter.com/cV6uvTnSqR

I am not afraid to give the youngsters a chance. They may make mistakes, but you have to give them a chance so that they can progress. I am happy with their performances so far. Sometimes they can slip up but the important thing is that they get back up and then we are there to help them. It’s part of their learning process.
Niko Kovac

At AS Monaco, there is a huge pool of players lacking playing time. For teams like ours, it's interesting to look in this direction and then see if we can give them playing time, to these young players. To bring in young players like that, these are bets but they are still calculated risks. Our scouts have been following them for a long time so we can identify their potential. Our three former Monegasques have been winning bets, that's for sure.
Olivier Dall’Oglio

Stade Brestois – AS Monaco by the numbers…