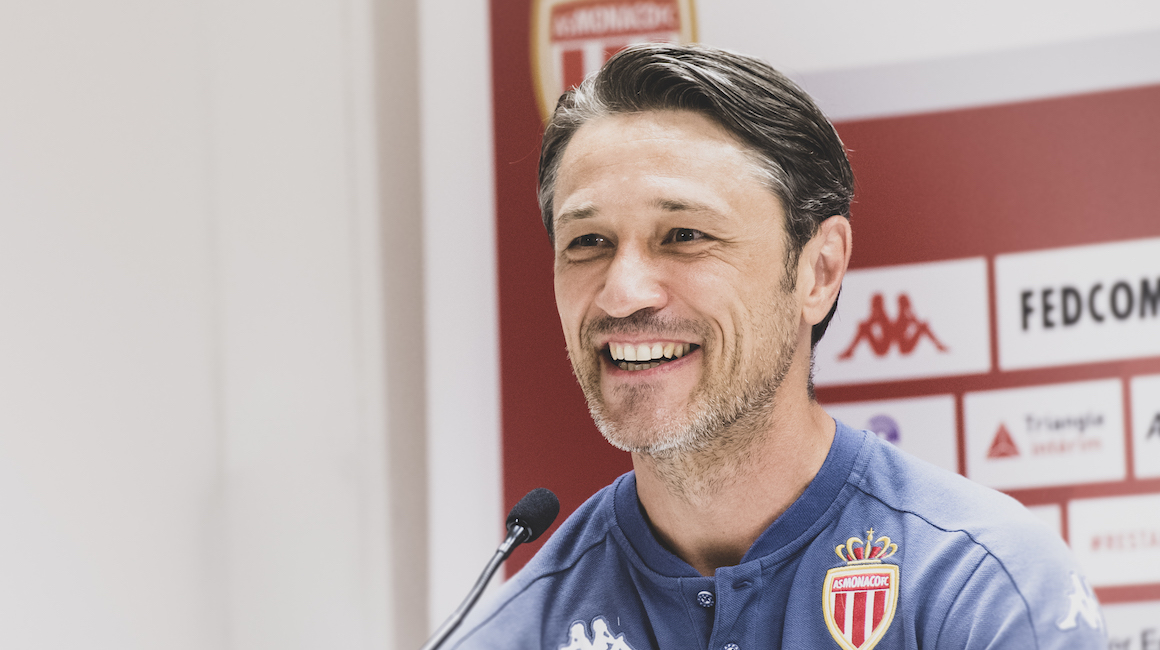 Niko Kovac: "The mood around the team is good"

AS Monaco record their 1000th win!
The AS Monaco manager expressed his satisfaction in the post-match press conference after having recorded his second win for the Red and Whites, a win which was the 1,000th in the club’s history in Ligue 1.

It was a second victory in a row for Niko Kovac and his players in Ligue 1. After a victory with then men away to Metz (1-0), the Red and Whites won again against Nantes at the Stade Louis-II (2-1), as part of the third matchday of the league campaign. It was three points that allowed AS Monaco to be the provisional co-leader of the top flight, along with Rennes and Lille, a situation which obviously satisfies the coach.

Niko, how are you feeling after this second win in as many matches?

Already I want to say bravo to my team. It was a very difficult match for both teams. We had a lot of scoring opportunities so I think the win is totally deserved. We created four or five big chances. I hope we can score a little more next time. But I think the fans enjoyed the way we played.

What did you think of the performances by Sofiane Diop and Willem Geubbels?

Sometimes as a coach you are lucky. This is the result of the hard work they have put in over the past two months. This is what I tell all the young players in this squad: if you give your maximum every day in training, you will play. I hope that these goals will give them the motivation to give even more of themselves. Well done to Sofiane and Willem.

What is your opinion on the goal denied to FC Nantes?

In the past we have had the same type of decision happen, so at the end of the day I have confidence in the technology. This was a play determined by just a few inches — it might be a bit lucky for us, but in the end I think we deserved this win. We could have scored five goals. 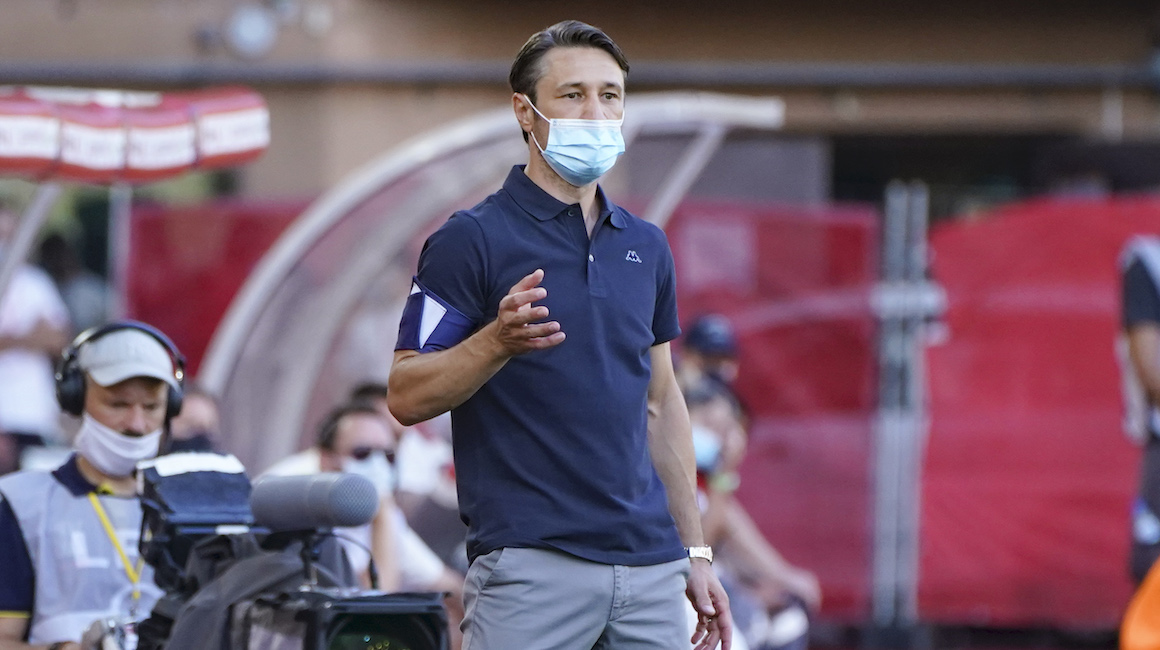 What is your opinion of Willem Geubbels (the player being present at his side)?

I think you’re going to agree with me, he’s a very talented player, who has great potential. But like all talented players, it’s only hard work that will make the difference. If you work hard during preseason, you’re going to have the opportunity to play. He put in a good shift in Metz where he defended very well when we were playing with 10 men. That’s what I expect from the forwards when we don’t have the ball. Today he scored a great goal, but this is only the beginning for him, he has to continue like this.

What did you think of the performance of Cesc Fàbregas, who was playing his first game after six months away from the pitch?

Cesc and Sofiane were the best players on the pitch today I think. We know his qualities perfectly well. He brought a sense of rhythm to our play. He created a lot of chance, especially on the one for Kevin Volland. It has been six months since he has played, I’m very happy for him, he has great qualities, he will be able to help the team.

… And a debut for Kevin Volland?

I was happy with his game. It had been a month since he has played — since the end of the German league season. He is fast, he is physically strong, he attacks well into space and in behind. I think he can do even more, but it’s a good first match with AS Monaco. 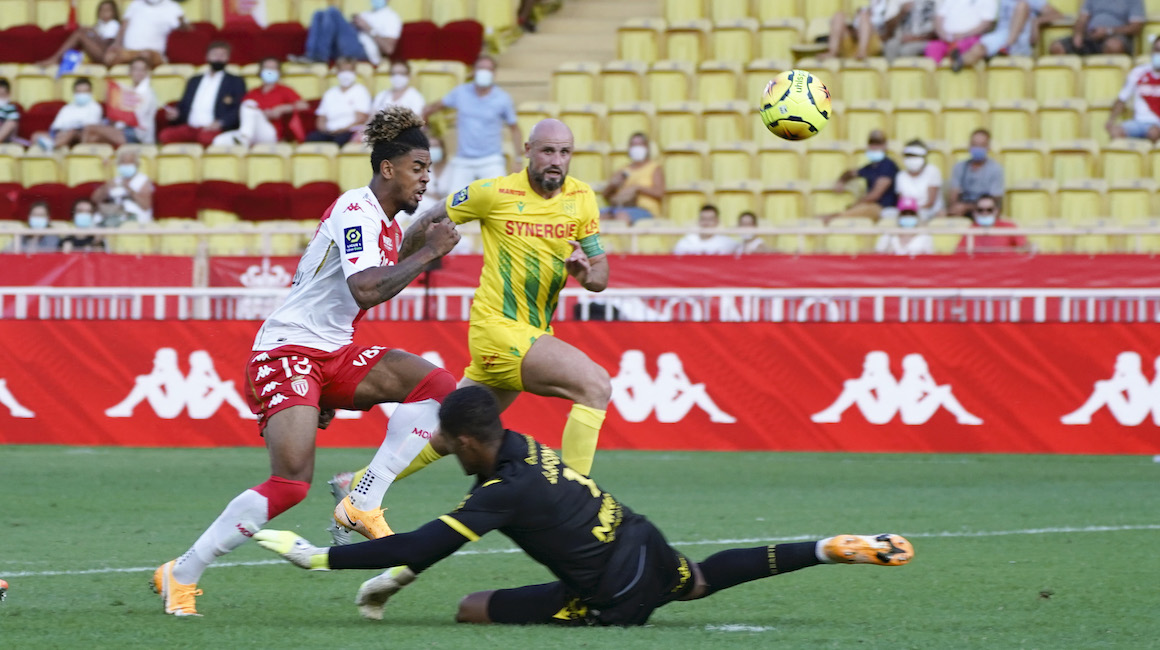 “A lot of emotions after two terrible years for me. Scoring this goal for me is great, even if it is not the end of something. We have to continue on this good run of form. It’s really nice to score the winning goal of after this superb pass from Henry. But I also want to highlight the team’s collective play. Regarding my goals, I hope to play and score as much as possible this season and be at the top of the standings.”

“We had a difficult start to the match. We couldn’t get to grips with the AS Monaco midfield. But it’s not all negative, we were able to create chances, to level the score. The second goal, just after the equalizer, hurt us. Then they brought on fresh players and we were not able to contain them. “

“The first ten minutes were catastrophic. I don’t know if it’s the heat, but the result shows that the first minutes of the match are essential. In the second half things were better, we had more collective play. It’s tough, for the VAR to refuse a goal like that, to take three minutes to make the decision, it is too dramatic for football. In the end, it doesn’t all come back to that, but this did not help us. It was at the start of the match, on passivity at that time that we lost this match. We were far too far from the players on the ball and it is true that Cesc Fàbregas was able to do what he wanted. “