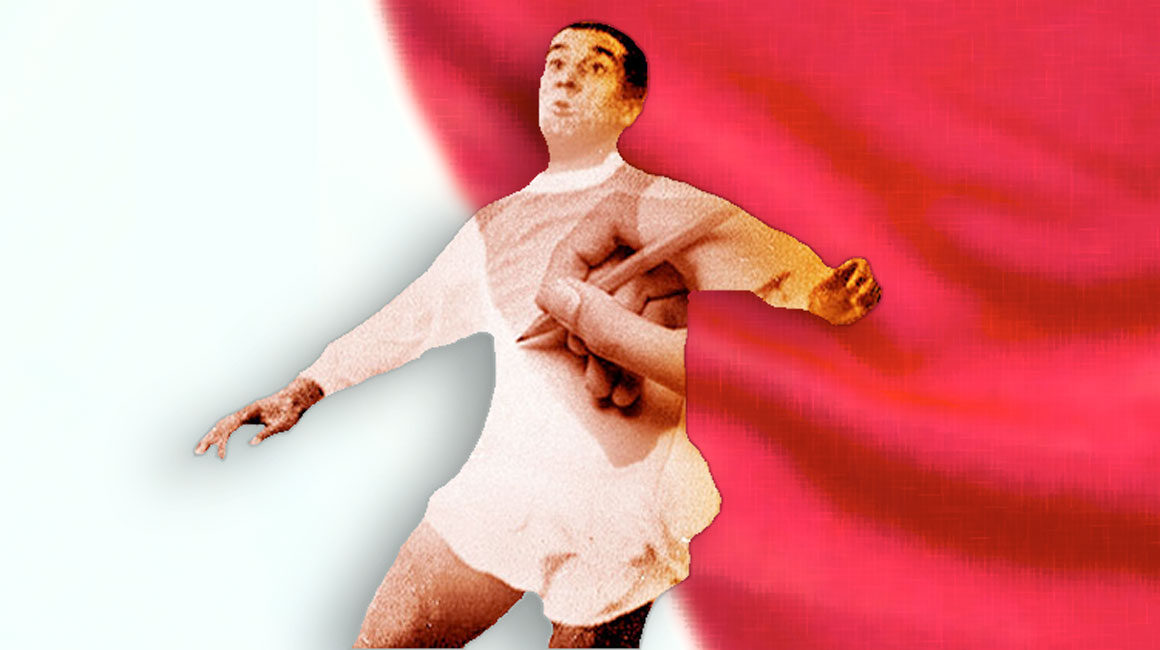 On the occasion of the 90th birthday of Princess Grace of Monaco, we went back in time to return to the early sixties, the birth of the mythical red and white diagonal, which she imagined at the time to create the new jersey of the AS Monaco.

In the first box at the time of the first major success of AS Monaco, in the spring of 1960, Prince Rainier III and Princess Grace had great affection for the team led by Lucien Leduc. Their presence at the Yves-du-Manoir Stadium in Colombes on the occasion of the semi-final against Reims did not go unnoticed. The princely couple would almost steal the spotlight from the players as the audience, the cameras and the lenses of the photographers seemed to have eyes only for them.

It was in this same stadium that the final against Saint-Étienne was played, a big first for both teams. At the end of a suspenseful encounter, AS Monaco won 4-2 after extra time. The captain, Raymond Kaelbel, was the first Monegasque player to lift the Coupe de France. AS Monaco entered the big leagues and would celebrate it they should.

The same evening in Paris, in the presence of the princely couple, a reception was given at the Hotel de l’Univers and Portugal. Foie gras, salmon and roast rib awere on the menu, accompanied by champagne for the occasion. Another reception, more official, would be given the day after the following at the Prince’s Palace, while AS Monaco and Princess Grace made the front page of the press. The players and leaders did not know it yet, but in the creative spirit of the latter was germinating an idea that will literally change the image of AS Monaco.

When Prince Rainier III suggests the idea of changing the red and white striped jersey, which AS Monaco shares with several other teams, Princess Grace goes even further in imagining a new jersey. She is inspired by the red and white diamonds of the coat of arms of the Principality, which she uses in part to create the famous diagonal.

“The princess had shown it to me during its creation, confided Michel Hidalgo a few years ago to l’Équipe; he was among the first players to wear the jersey that would become legendary over the years. It’s very new, this diagonal design, and it pleases everyone. This jersey is the product of the eye of the princess. She was close to us. A jersey that brings good luck to the team, which would win its first league title a few months later and definitively adopt the diagonal.

Placed on the front and back of a shirt with a collar and white sleeves, the diagonal was then free of any logo. That of the club was affixed a few years later, while the 1970s saw the arrival of the first sponsors. In a world of football in constant evolution over the last sixty years, the diagonal of AS Monaco has become an immutable icon, the symbol of a unique club proudly representing a territory to which it is just as important.