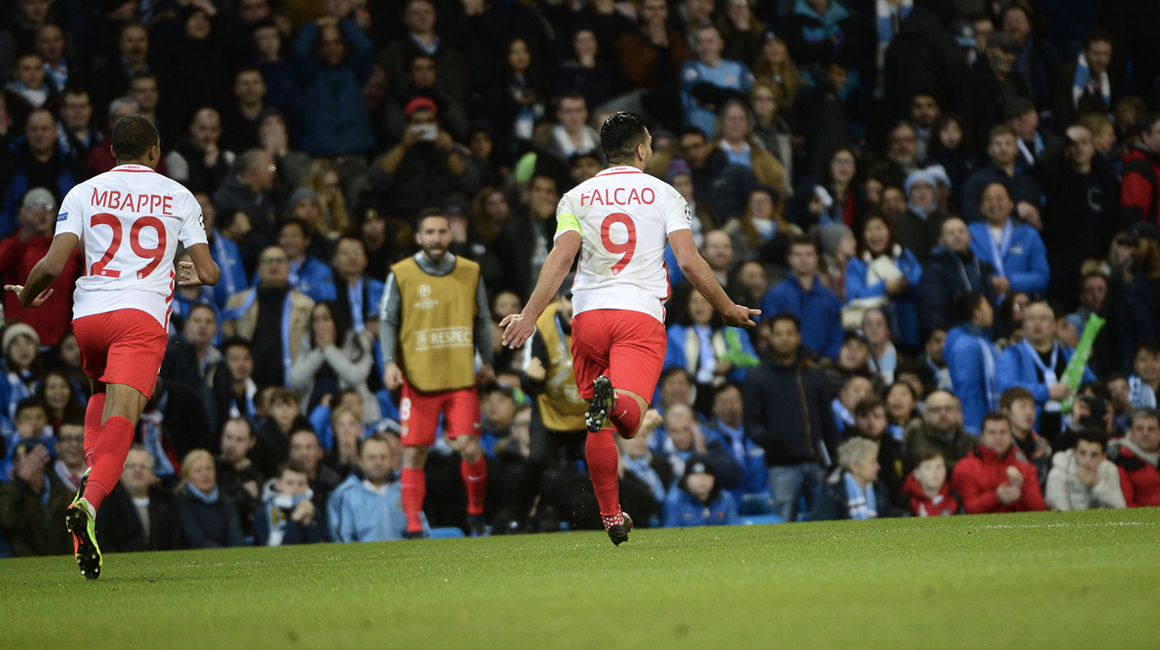 In 2017, AS Monaco enchanted Europe during its epic run in the Champions League, which stopped in the semifinals against Juventus. Three years ago today, the Red and Whites took on Manchester City in a legendary battle in which Falcao demonstrated his talent.

It’s a nod to the calendar we’re doing today by sharing this goal from the Colombian striker, Radamel Falcao, who delighted the world of football on this Champions League matchday three years ago. After dominating Group E, the Colombian striker and his teammates began the knockout phase of the competition by going away to the second-placed side in Group C … Manchester City! Not necessarily an easy draw… Behind after an opening goal by Sterling, AS Monaco reacted through its number 9 in the 31st minute. Falcao concluded Fabinho’s long with a splendid diving header. And yet all did not go as planned for the accomplices of Kyllian Mbappé, who himself had scored the second Monaco goal just before halftime.

A failure before the masterpiece

A moment of doubt. In the 49th minute, the captain of the Red and Whites missed the opportunity to double the lead by missing a penalty. Willy Caballero was inspired and dove to his right to make a double stop from the Colombian’s attempt. Following a long deep ball from Thomas Lemar, Falcao resisted the challenge of John Stones. It is at this instant that time seemed to stops All eyes are on the Colombian international and yet Falcao deceives everyone starting with the Argentinian ‘keeper, Willy Caballero. El Tigre’s delicious dipping ball ends up under the crossbar of the hosts’ goalkeeper. AS Monaco take the lead and seem to have done the hardest part. However, the players of Leonardo Jardim crack and concede three goals in the last half hour. Regardless, AS Monaco did what was necessary in the return leg by winning 3-1 at Stade Louis-II. The three goals scored in the first leg allowed the Rouge et Blancs to reach the quarter-finals of the Champions League. Majestic.