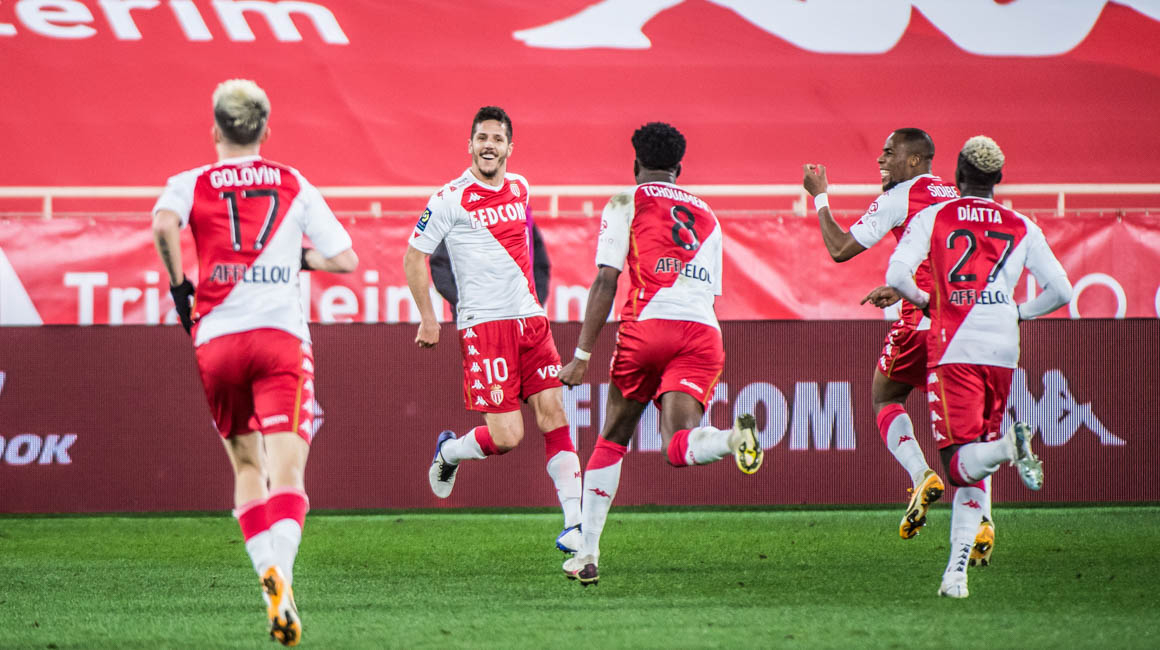 What are the key stats from the first part of the season?
Having come on at the end of the game in place of his captain, the Montenegrin striker once again scored off the bench. His direct free kick, the first scored by an AS Monaco player in 26 months, sealed the outcome of the match against Marseille (a 3-1 win).

He came onto the pitch at the Stade Louis-II in the 78th minute. Already a scorer against Angers on January 9 (3-0), on a pass from Kevin Volland, Stevan Jovetić once again scored from the bench against Marseille (a 3-1 win). It’s been far from a rarity, moreover, to see our Rouge et Blanc substitutes being decisive this season. Indeed, they have already been the source of 15 goals in Ligue 1 since the start of the year (eight goals and seven assists), more than any other team in the top flight.

Ever decisive, the teammates of Guillermo Maripán, scorer for the third time on set-piece in 2021, have also been busy this season in this phase of play (19 goals). Here too, no team in the French league has done better. What was rarer, however, was scoring directly from a free kick. Before this fine finish from the Montenegrin striker, we had to go back to November 24, 2018, to an AS Monaco goal scored in this manner. At the time it was the work of one Radamel Falcao against Caen, almost exactly 2 years and 2 months ago, to the day. It’s a particular, and difficult skill, and one in which Stevan Jovetić excelled against OM.

Determined to score from a set piece, as Aleksandr Golovin had just delivered two assists from corners, the Montenegrin international (58 caps, 28 goals) had an eye for the task. Perfectly positioned in being able to get a shot on goal and with a well-struck ball, he sent an absolute rocket into the corner of Steve Mandanda’s goal to make it 3-1 (90th). His monstrous strike, well hit, was clocked at 104 km/h. It was  great way to end a match that was well won by the Red and Whites, who finally broke down Marseille’s compact block, by showing themselves to be clinical on set pieces.

Only an 8% chance of scoring this goal

It was a masterpiece which allowed the Monegasque number 10 to appear on the podium in the match MVP voting behind only Aurélien Tchouameni and Aleksandr Golovin, the other decisive substitute. At 31, Stevan Jovetić remains one of the most experienced players in Niko Kovac‘s team. His free kick allowed AS Monaco to consolidate its hold on fourth place in the Ligue 1 standings, as they now sit seven points ahead of their opponent on the evening.

There was tremendous precision in this shot as well, since the Monegasque striker had only an 8% chance of scoring this goal according to statistics, the famous “expected goals” (an xG of 0.08 was give to this goal). It was an effort which thus beat the odds… and raised the temperature at the Stade Louis-II.