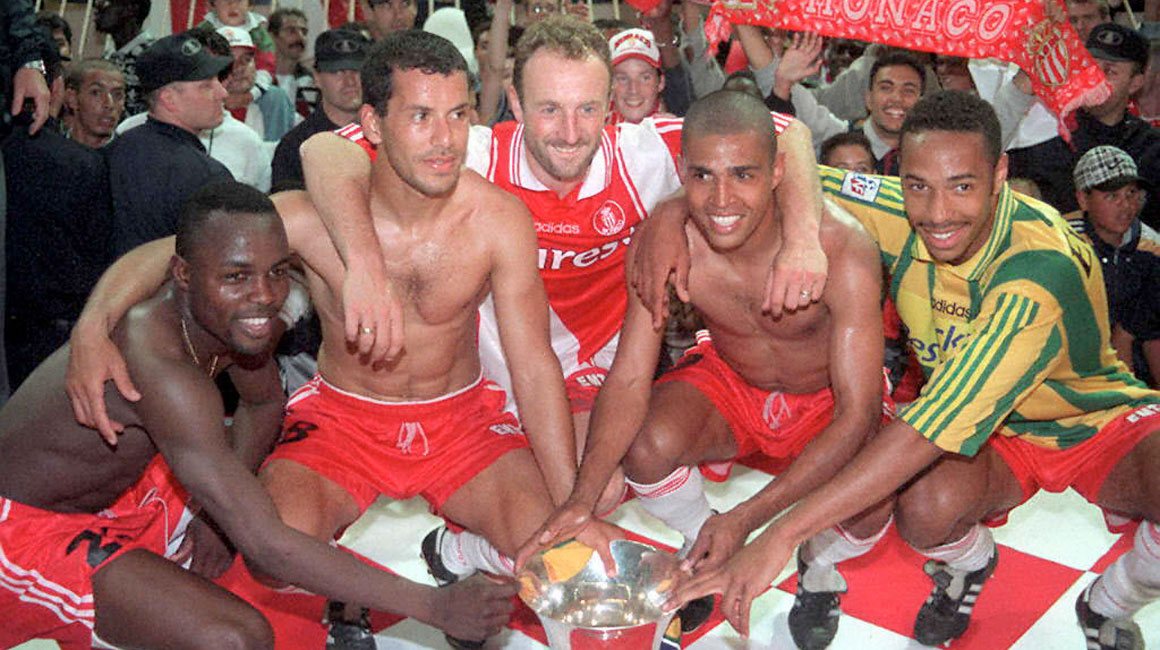 On April 8, 1995, on the 32nd matchday, AS Monaco hosted RC Strasbourg at the Stade Louis-II. The Red and Whites won, notably thanks to a superb volley by Franck Dumas at the end of the match.

The day before a visit from RC Strasbourg, the WAG of the week invites you to return to the same fixture 25 years ago, a 3-1 victory for AS Monaco against the Alsatian club. After goals from Anderson and Djorkaeff, it was the turn of central defender Franck Dumas to score the third in the 81st minute. The Bayeux native was picked out in the middle of the area by Youri Djorkaeff. After a failed free kick by the future world champion, Djorkaeff tried his luck again with a well-placed cross. Dumas instinctively takes a swing with his right foot and put the ball into the corner, leaving the goalkeeper without a chance to react.

Two years later, in 1997, Franck Dumas became champion of France with AS Monaco, marking one of the most beautiful chapters of his long career, which started in 1987 and ended in 2004. During these seventeen years, the central defender, who came through at SM Caen, played at AS Monaco for seven seasons from 1992 to 1999 (282 games, 2 goals), then at Newcastle, Marseille and Lens.

A season of transition

The 1994/1995 season  would remain a transitional season with the end of the “Arsène Wenger era”. Following his departure, three coaches succeeded one another: Jean Petit, Jean-Luc Ettori and Gérard Banide. Things were ultimately put back into place by Jean Tigana, who took over the team in the following season, after finishing runner-up in France in 1995 with OL. Two years later, he won the title with AS Monaco, and also reached the semi-finals of the UEFA Cup, before doing the same in the Champions League in 1998.