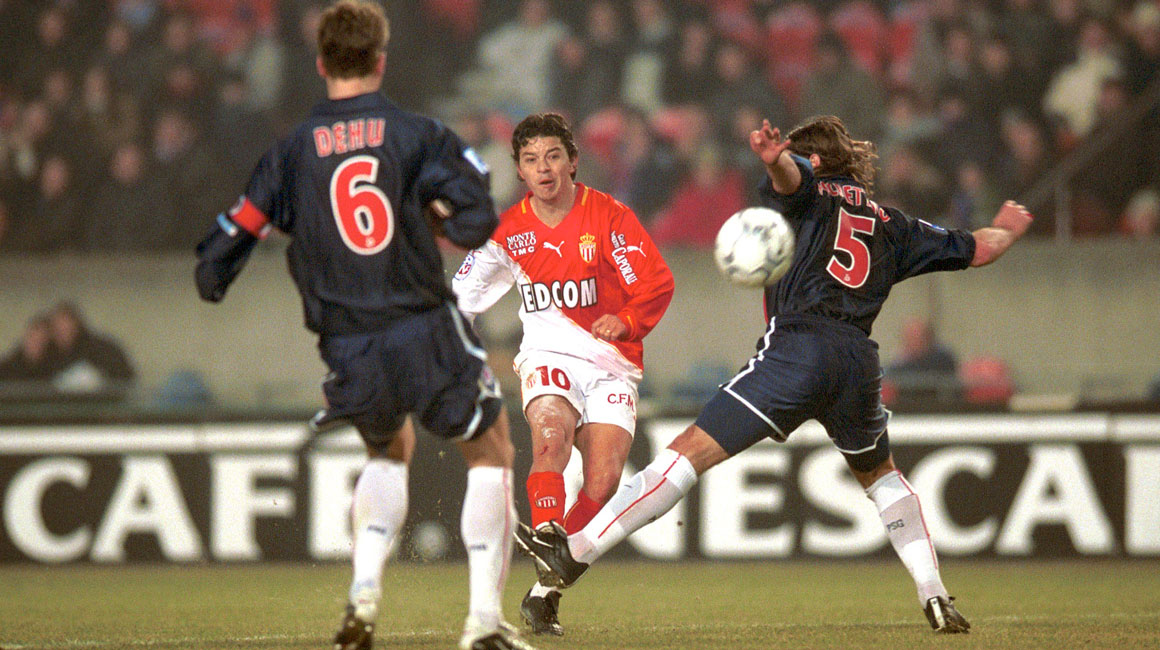 On January 5, 2002, the 20th matchday of the championship led AS Monaco to the Parc des Princes. The Red and Whites beat PSG thanks to this delicious goal from Marcelo Gallardo, scored in the last moments of the game.

It is with a small nod to the calendar that we today, share this goal by the Argentinian playmaker, and current River Plate coach. But it is also a mea-culpa concerning his absence in the Top 100 that we had shown you during the end of year celebrations, to select the “Goal of the Century” among the thousand goals scored by the AS Monaco in the league since January 1, 2000. Indeed, this sequence by Marcelo Gallardo fully deserved a place in the Top 100.

We look back to the 93rd minute of PSG – AS Monaco on January 5, 2002, when “El Muñeco” is found by Shabani Nonda on the left side of the Paris penalty area. Facing several defenders, Gallardo controls, gets into a shooting position with his right foot and calmly loops the ball into Lionel Letizi’s top corner.

With this world class goal, AS Monaco managed to prevail in the last moments of a highly contested match at the return from the winter break. Behind after a penalty converted by Ronaldinho just before the break, Didier Deschamps’ men found the resources to equalize at the hour of play through young Souleymane Camara, then 19 years old. Gallardo’s talent did the rest.

Despite this prestigious victory, AS Monaco would finish this transitional season – the first of Didier Deschamps on the sidelines – in 15th position, while PSG will finish just off the podium (4th). However, this goal will brought two precious points in the race for safety. Marcelo Gallardo did not yet know it, but five years later his role would be reversed. Because on February 10, 2007, then a PSG player, he scored again at the Parc des Princes during a PSG – AS Monaco match, but this time contributing to a Parisian victory (4-2) … The red and white supporters did not hold it against him.