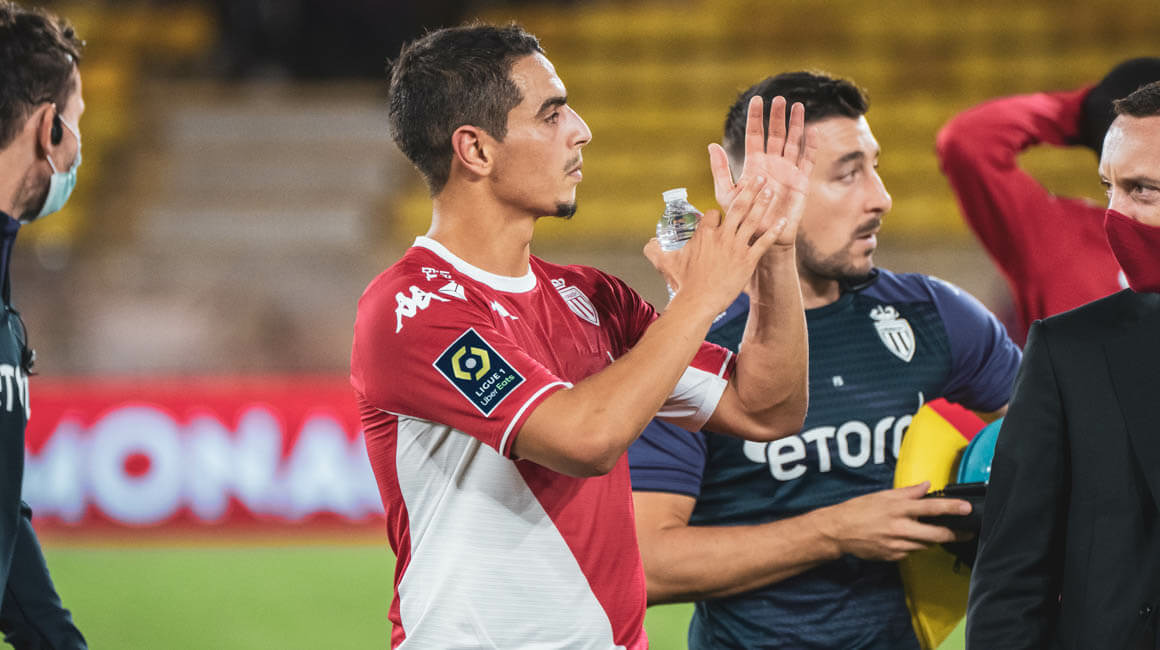 AS Monaco get back to winning ways against Saint-Etienne!

Niko Kovac: "I saw a lot of good things"
Scorer of a double after coming on, Wissam Ben Yedder was elected MVP of the match against AS Saint-Etienne (3-1) by you, the Rouge et Blanc fans on the AS Monaco App.

It was a match-changing entry for Wissam Ben Yedder yesterday evening; on the bench to start the 7th matchday of Ligue 1 against Saint-Etienne, Wissam Ben Yedder perfectly played the role of “finisher,” an idea key to Niko Kovac’s philosophy. His double made the difference in leading his teammates to victory against Les Verts (3-1). It also earned him the honor of being elected MVP of the match by fans of the Rouge et Blanc on the AS Monaco App, with 64% of the votes, ahead of Sofiane Diop (13%) and Kevin Volland, scorer of a goal and an assist (10%).

We are very happy, first of all for the team, because we win and we lose together, but also for our strikers because goalscorers still need confidence and to score. Today both scored, and this is what we needed.
Niko KovacAS Monaco Manager

During the match against Sainté, “Captain Wissam” scored a goal with his first touch of the ball, converting a penalty immediately after coming on (62′), before slamming in a superb volley at the far post on a pass from Kevin Volland (82′), recording a double that consolidates his position as the second-top active scorer in Ligue 1, with 104 goals, just behind Kylian Mbappé (111).

Setting the pace in Europe for penalties

The captain of the Rouge et Blanc, who was playing his 70th match in Ligue 1 with AS Monaco thus confirmed a good run of form, as he had just scored Sunday in the derby in Nice (2-2),  equalizing from the penalty spot, from where he has scored more goals than anyone else in Europe’s top five leagues, with 12 goals since the start of last season.

He also brings his total of goals since the start of the season to five, having scored a double in the second leg of the Champions League playoffs against Shakhtar Donetsk (2-2), another match in which he had been elected MVP, along with Djibril Sidibé. Bravo Wissam!

* Download the AS Monaco App on Google Play and Apple Store