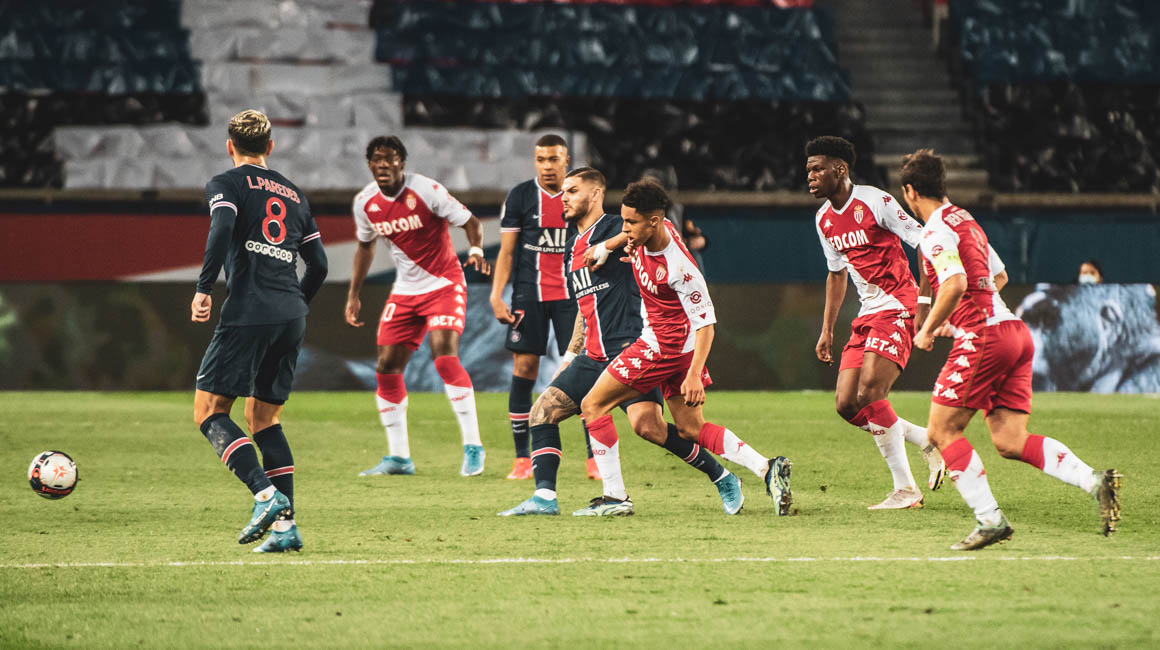 AS Monaco reign at the Parc des Princes

L'AS Monaco en force dans L’Équipe type de la 26e journée
Emerging victorious from the duel at the top of the table in Round 26 in Ligue 1 against Paris Saint-Germain (2-0), the Principality club started the meeting with eight French players, who had an average age of 24 years.

This has been a constant since the start of the season: AS Monaco has a strong French flair accent and remains one of the youngest teams in the five big European leagues. This was noted by out partner Opta, after the match against Strasbourg, on Matchday 5 in Ligue 1. Niko Kovac had fielded an average of eight French players in the Rouge et Blanc‘s first five outings, and ended the match against RCSA with the players on the pitch having an average age of 22.

One of the youngest teams in the Big 5 leagues

For its part, the CIES Football Observatory confirmed in October that AS Monaco was the second youngest team in the Big 5 leagues, after AC Milan. On these points, we can say that the club honored its reputation at the Parc des Princes this Sunday, when the big match kicked off against Paris Saint-Germain. The Monegasque coach had selected a starting XI in a new shape, a 3-4-3, with eight French players and an average age of just over 24 years. His strong choices, allowed Sofiane Diop and his teammates, the winger having opened the scoring early in the match (1-0, 6′), to earn a deserved victory against the reigning French champion.

It was a prestigious win, especially since PSG had not lost both league games against the same opponent since the 2011-2012 season against Nancy. It’s a feat achieved by Niko Kovac and his side, the manager again winning the tactical battle against Mauricio Pochettino;  almost a year and a half  after the Croatian had inflicted a heavy 7-2 defeat in the Champions League with Bayern Munich on his Argentine counterpart, then on the bench at Tottenham. 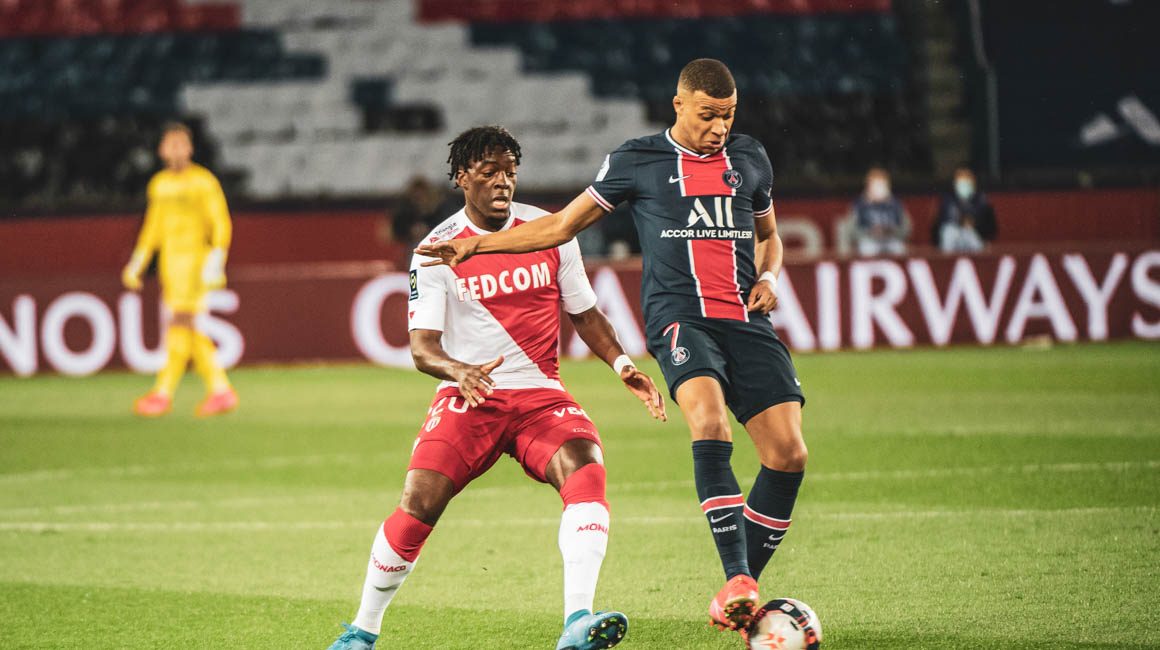 Axel is an excellent player. He's been playing less at the moment as Guillermo is in great form and starting in central defense. We know Kylian Mbappé's qualities, he's a world-class player. Axel was able to hinder him physically but also use his speed, which is one of his best qualities. This decision was the right one -- he performed very well.
Niko KovacManager, AS Monaco

Six “Under 23s” in the starting lineup

This Sunday, it was with eight French players and six players under 23 that AS Monaco gave Paris Saint-Germain a tactical lesson. This was exemplified by the three central defenders, two of whom have been key elements for France at youth level. Axel Disasi (22, 3 caps for the U20) and Benoît Badiashile (19, 15 caps with the U19) thus perfectly muzzled the Mbappé-Icardi-Kean attacking trio, which was forced to feed on nothing but crumbs — the Parisian forwards only registered one shot during the entire match.

This solid defense was complemented by Ruben Aguilar, who recently earned his first cap with Les Bleus and Caio Henrique (23, 11 caps with Brazil’s U-23 side) very active in pressing and tracking back on the wings. There was also Guillermo Maripán, who had stayed up at a corner in the 50th minute of play to score his fifth goal of the season, again from a set piece. The Chilean international thus followed Sofiane Diop (20, 2 caps with the U20), in making the difference shortly after the half had started.

The Tours-born winger (6 goals), remains the third-top scorer for the Rouge et Blanc this season behind Wissam Ben Yedder (13) and Kevin Volland (12), after another goal in an important match at the Parc des Princes. And we would be remiss not to highlight the performance of the impressive duo of Youssouf Fofana (22, two caps with Les Espoirs) – Aurélien Tchouameni (21, five caps with the U20), in midfield, who easily outclassed their opposite numbers in Ile-de-France. Well-aided by the defensive work done by the Rouge et Blanc‘s two forwards, the two chief protectors of the Monegasque defense also contributed their part to a hard-fought clean sheet on this challenging trip to the capital. 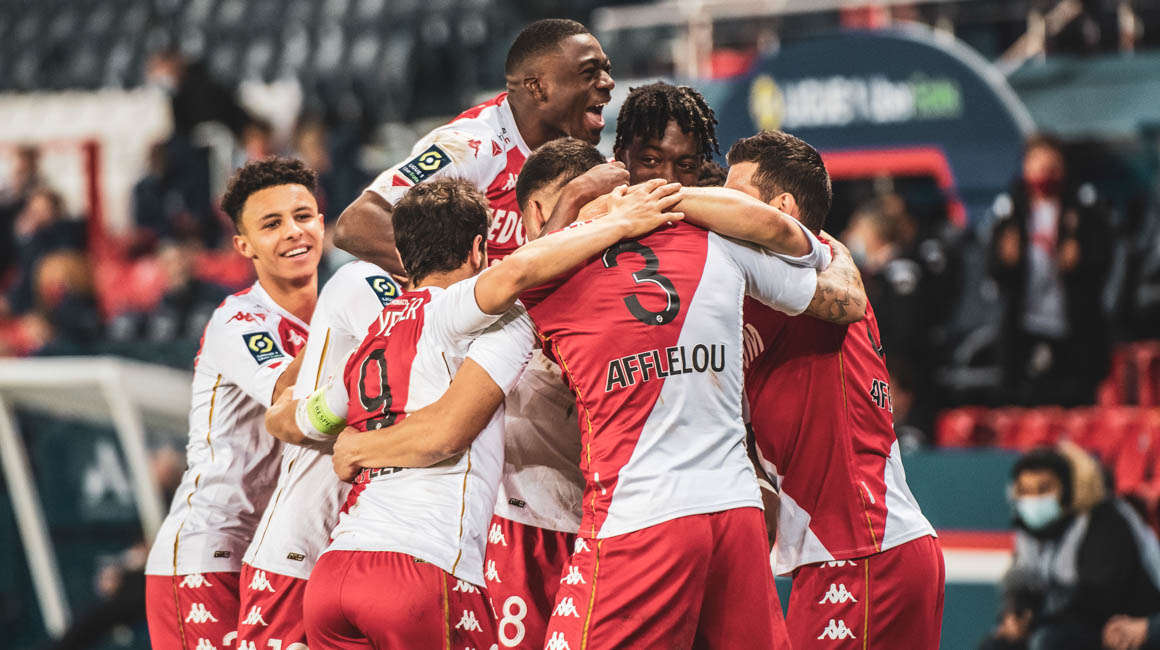 It was once again no small feat as we know that Paris had not been behind by two goals in Ligue 1 since February 15, 2020 in Amiens (4-4). It was mission more than accomplished for the teammates of Benjamin Lecomte, who recorded his fourth clean sheet this season. The goalkeeper is the eighth Frenchman in this team, which impressed once again with its performance despite its youth.

We also found plenty of youth on the bench, with five players aged 18 to 24 among the reserves against PSG, doing their part in a result which  allows AS Monaco to move 12 points ahead of 5th place in the top flight. It’s also no surprise to find Youssouf Fofana and Benoît Badiashile among the Top 5 French players under 23 in terms of matches played since January 1, 2020, according to CIES, proof that the future looks bright in the Principality.