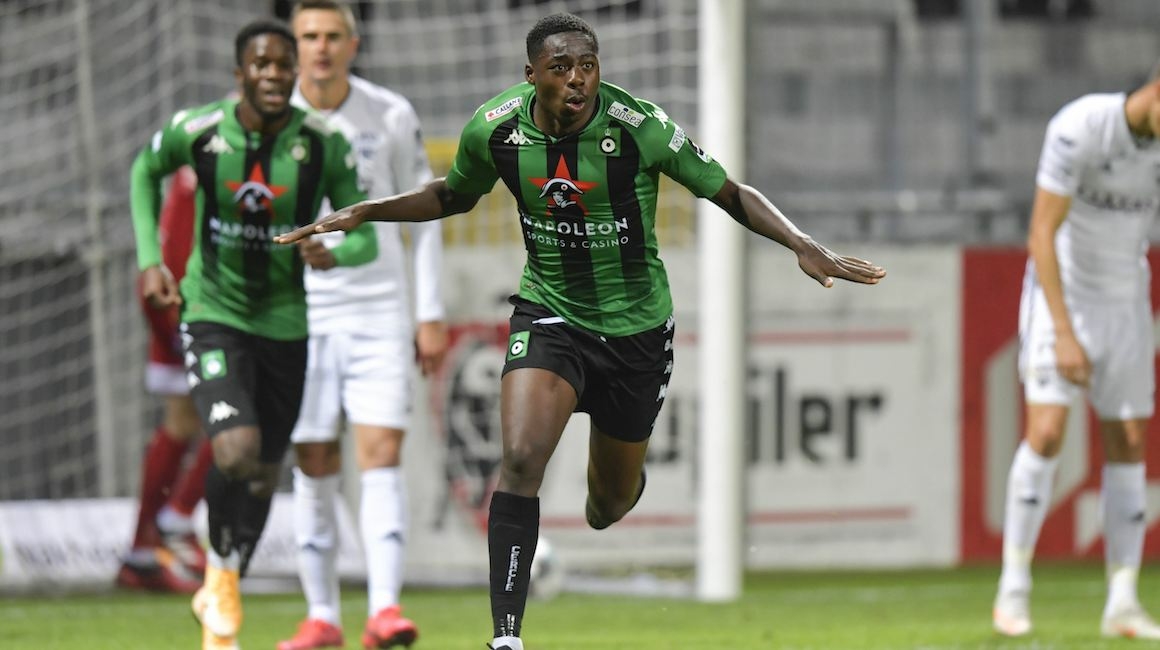 Cercle Bruges get a win, with Anthony Musaba scoring again
AS Monaco's first summer recruit, Anthony Musaba participated in the preseason with the first team before being loaned to Cercle Brugge to gain experience. The Dutch winger tells us about his start to the season and looks back on his career.

He was the first signing of the summer window for AS Monaco joining for five seasons at the end of June. Soon to be 20 years old (on December 6), Anthony Musaba arrived from NEC Nijmegen in the Dutch second division and participated in the entire preseason under Niko Kovac, even scoring an equalizer in a friendly match away to Eintracht Frankfurt. Real promise has been shown on his part, and in order to continue his progression, Anthony Musaba has been loaned for the season to Cercle Brugges.

Two goals and an assist in the Jupiler League

At the Belgian club, Anthony Musaba plays at the moment  alongside Harisson Marcelin and Giulian Biancone, who are also on loan for the season with the club from “The Venice of the North.” With two goals and an assist to his credit since the start of the season, the Dutchman is one of the major players in Paul Clement’s team, who has played him in every game since his arrival. The winger born to Congolese parents gives us an update on life in Belgium in this interview. 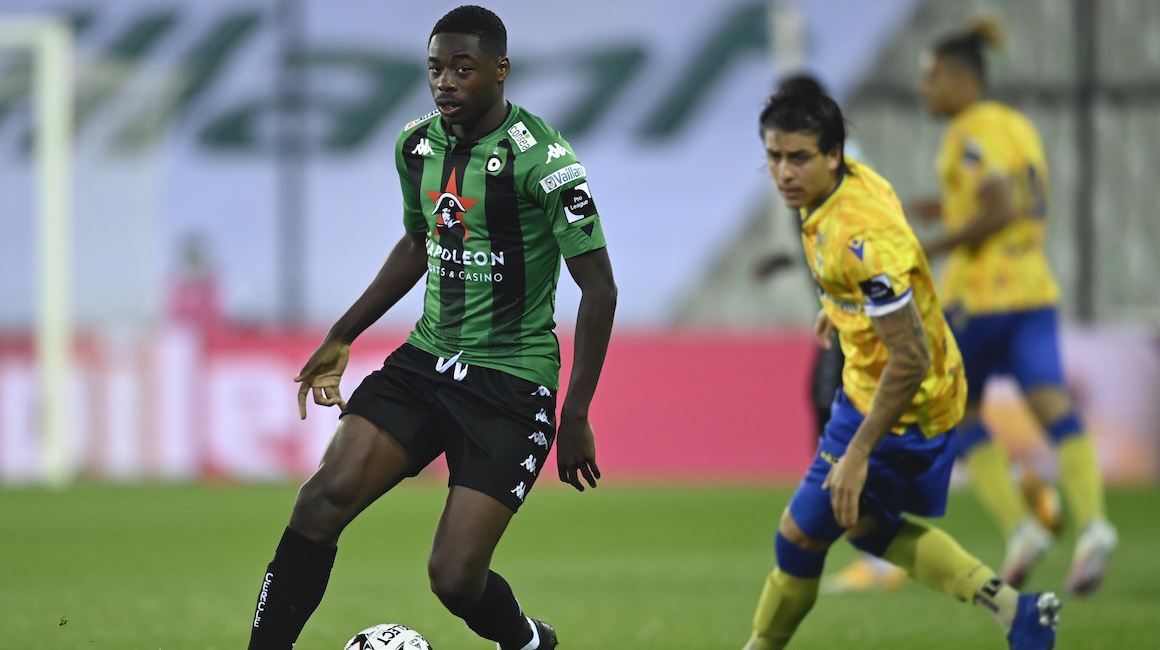 Anthony, how are you and how is your start to the season with Cercle Brugges?

It’s going well. This is my first season at the top level because I came from a team that played in the second division. Our start to the season has been good. I want to be important for the team by playing as a part of the team, scoring goals and providing assists.

Since the start of the championship, you have scored two goals and delivered an assist. What aspects of your game allow you to make a difference?

These are my stats right now, but I continue to work in the training sessions so that they improve in the weeks to come. I really enjoy dribbling, especially one on one. I am right-footed but I can use both feet. I have a preference to play on the right side to give the number nine good balls, although I also want to score goals.

It was a great experience to have preseason with a big club like AS Monaco. For a young player like me, that's a very good thing. I'm repeating myself, but I came from a second division club, so training and playing every day with players like Wissam Ben Yedder or Cesc Fabregas, it was excellent. I think it's good for my development to have done preseason with AS Monaco.
Anthony Musaba

How was your integration in Belgium?

It went well because people are open and I quickly had the confidence of coach Paul Clement, his assistant and all the staff. Then, with the players, it was very easy for me. I’ve taken part in all the matches, the first as a substitute then the others as a starter. It gives me a lot of confidence and I feel it during the games, it makes me happy.

Before being loaned out, you took part in preseason with AS Monaco and even scored a goal against Eintracht Frankfurt What memories do you keep of this experience?

It was a great experience to have preseason with a big club like AS Monaco. For a young player like me, that’s a very good thing. I’m repeating myself, but I came from a second division club, so training and playing every day with players like Wissam Ben Yedder or Cesc Fabregas, it was excellent. I think it’s good for my development to have done preseason with AS Monaco.

When did you find out that you were going to be loaned to Cercle Brugges?

The directors told me after the training camp in Poland. They told me that I was not going to have any playing time at AS Monaco and that I needed to be loaned out to string together matches and gain experience. I had no problem with that because Cercle Brugges play in the Belgian first division and that would allow me to progress. I also appreciate the fact that the fans are watching our games.

After this good start to the season, what collective goals have you set?

We want to play the top of the table. We have a lot of quality in this team and I am convinced that we can do great things, which nobody expected at the start of the season. We played well and won out matches even though there have been less good performances. If we stay humble and success doesn’t go to our heads, then we can have a good season. 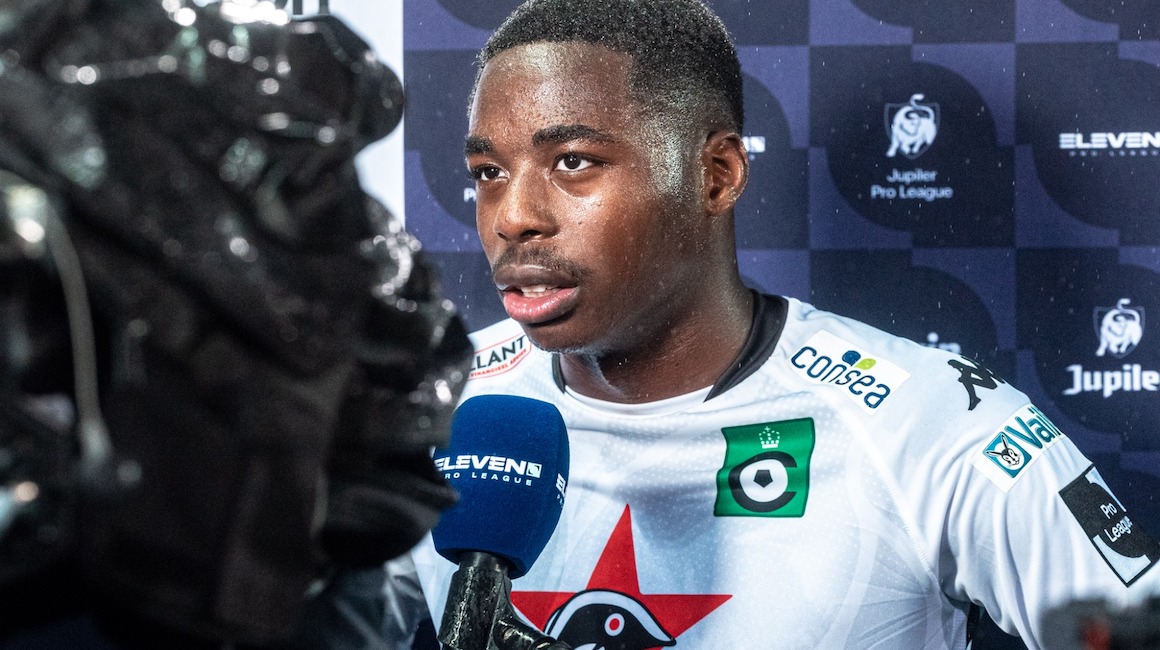 What are the differences between the Belgian and Dutch leagues?

Things are faster in Belgium. Physically, it’s also very strong on the physical side of things. After the games you are really tired. You have to be strong. It’s not like in Holland where it was a little quieter.

You are the first AS Monaco player to have been loaned to Cercle Bruges, before Harisson Marcelin and Giulian Biancone. What connection do you have with them?

We talk a lot, whether it’s Harisson or Giulian, because we did preseason together with AS Monaco. Even though I got there first, then they really helped me fit in and speak. With Harisson, I talk in French, and with Giulian, we speak English to learn, because it is the language of coach Paul Clement in training. Of course, we also talk in French.

I try to watch as many games as possible. I notably watched the match against Nice, they played well and got a deserved result so I was very happy for them that they won this derby. I am still in contact with some players on Instagram.
Anthony Musaba

In order to get to know you a little more, can you tell us about your career as a footballer before signing with AS Monaco ?

Football is something I have always loved. When I was three years old, there was a ball in my house. I was always playing with it, it started like that. I then started playing club football. My first years were at the amateur club VV Ewijk Jugend and then at the age of nine I moved to NEC where I played for four seasons. Then I went to Vitesse Arnhem. At the end of my run, in the U19s, they told me that I was not ready and that I had to leave, so I thought about what was best for my career. I returned to NEC. In 2019/2020, I had a great season there and it was after that that AS Monaco contacted me.

We imagine that for you, it was a great moment to sign for AS Monaco…

It was a moment of pride, yes. I had a great season with NEC. Even though I was in contact with other clubs, I didn’t hesitate to sign for AS Monaco. This is a  club that will allow me to reach my goals. 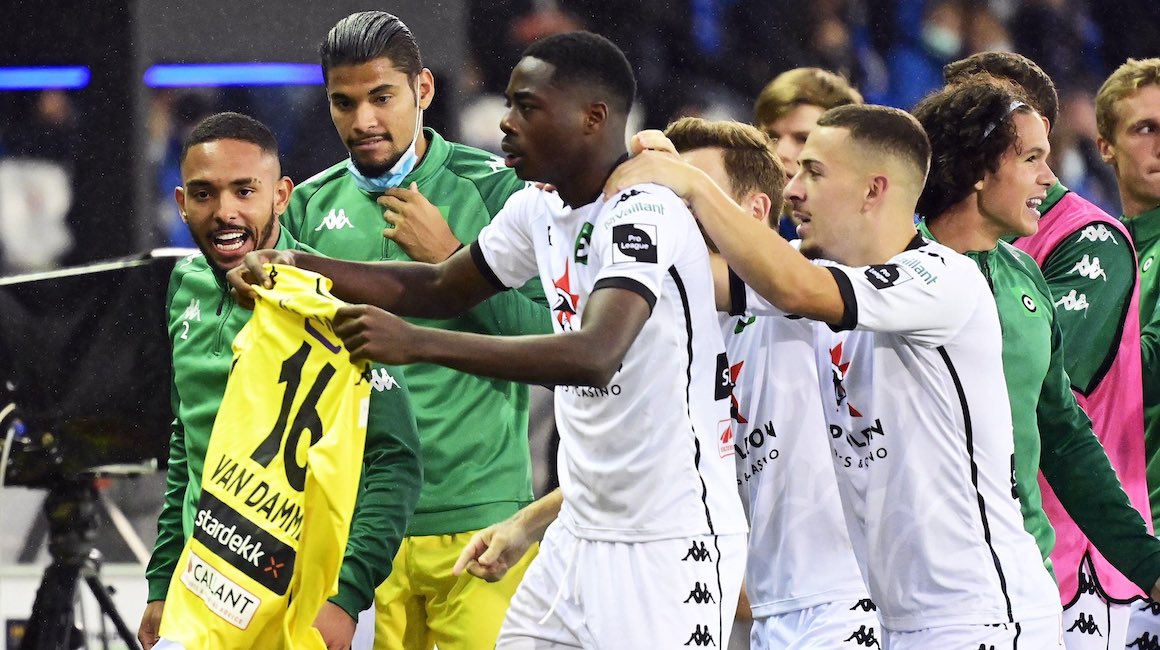 How is your relationship with your brother, who is also a footballer?

He’s my twin brother. We talk every day and after our matches, we debrief each other about our play, generally telling ourselves what we did well or badly, the choices we could have sometimes made. These discussions allow us to improve.

Does any particular player inspire you?

Ousmane Dembélé of FC Barcelona. I watch him play often. When he was at Stade Rennais, I was already watching his performances. He really is my favorite player because of how he dribbles; he is fast and uses both feet. That’s my style of play. I’m not up to his level but in terms of characteristics it’s good to be inspired by him.

I really enjoy dribbling, especially one on one. I am right-footed but I can use both feet. I have a preference to play on the right side to give the number nine good balls, although I also want to score goals.
Anthony Musaba

Do you continue to follow AS Monaco from a distance?

I try to watch as many games as possible. I notably watched the match against Nice, they played well and got a deserved result so I was very happy for them that they won this derby. I am still in contact with some players on Instagram.

Since we’re talking about a match between rival teams, you took part in your first Bruges derby almost two months ago…

It was a great experience because it was the first derby of my career. I knew that this match against Club Brugge meant something for Cercle. I was aware that we were competing against a Champions League level team and we also had the chance to play in front of many spectators. Looking back on the game, we weren’t really in it in the first half but in the second half we played like we must never lose. After my first goal, we were confident and we should have got a penalty. Again, I think we didn’t deserve to lose. 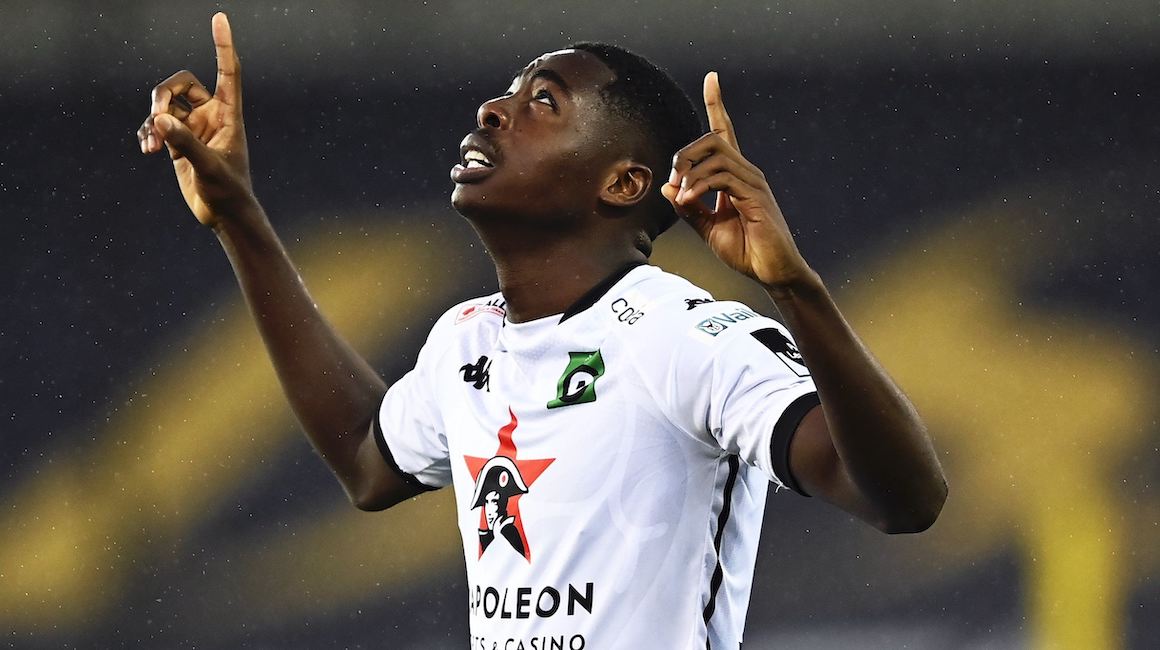 If we come back to AS Monaco, we see that Niko Kovac has a lot of confidence in his young players — this must give you cause for hope for the future…

It’s true that he trusts young players. I’m at Cercle Brugge to do my best and show the leaders of AS Monaco that I can play in this jersey. I hope that will change next season and that I have some playing time at AS Monaco.

How would you describe the coach of AS Monaco?

Finally, to finish, you answered this whole interview in excellent French. Have you spoken this language since you were born?

Not really, but when I was little, being from Congo-Kinshasa, I heard French a lot. By dint of listening, I was able to adapt and speak this language.