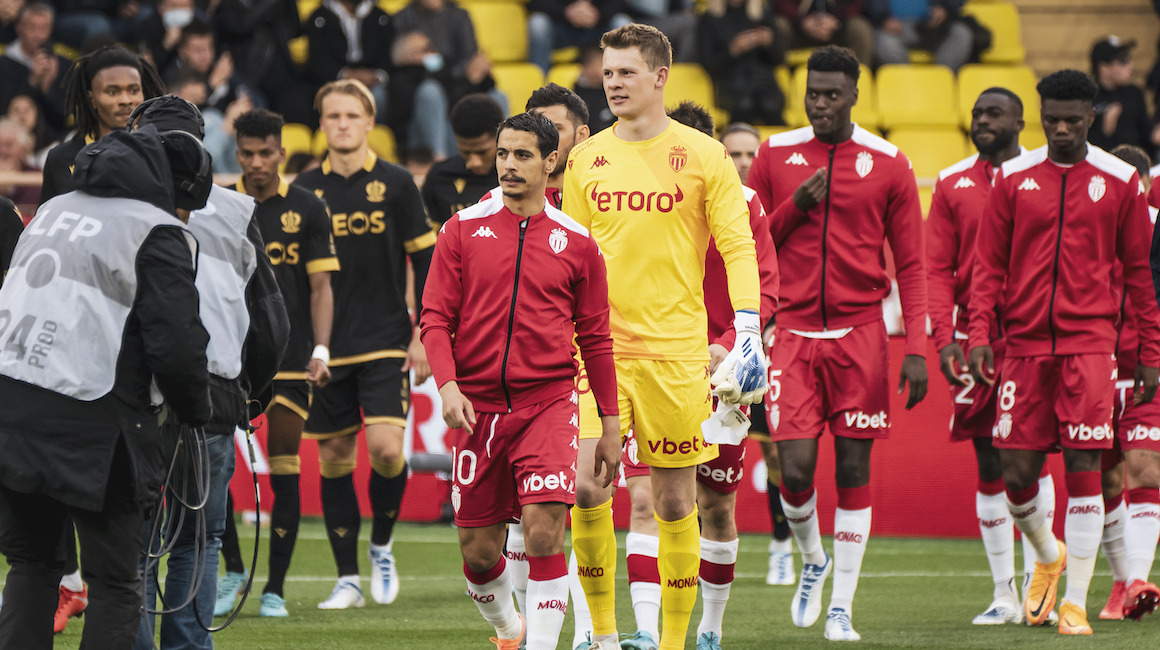 By recording their sixth straight victory in Ligue 1 Saturday against Saint-Etienne (4-1), the Rouge et Blanc confirmed their status as the most in-form team in the five major European leagues; here's the proof in numbers.

This team is in full swing! Since their very convincing win at home against Paris Saint-Germain (3-0), just before the international break in March, the players of AS Monaco have been walking on water. Against Saint-Etienne last Saturday, Philippe Clement’s men won their sixth game in a row in Ligue 1 (4-1), their longest run since January-February 2021, notes Opta.

As a result, they now have a 62.5% chance of finshing on the podium come the end of the season, according to Opta, a place that only now escapes them only on goal difference, which is in favor of Stade Rennais (+39 against +20), who they beat two weeks ago (3-2). This good form, which has quickly turned into a series, is obviously the best in Ligue 1. With 18 points from 18 over the last month, the Rouge et Blanc are ahead of Olympique de Marseille (15/18), in a solid second place to PSG, who won the title last weekend. But that’s not all…

In better form than Bayern Munich or Liverpool

With their winning run going since March 20, and victories obtained successively against Paris, Metz, Troyes, Rennes, Nice and then Saint-Etienne, the teammates of Wissam Ben Yedder, scorer of 20th league goal against Les Verts, have done better than the biggest European teams. Still involved in the Champions League, Real Madrid (15/18) and Liverpool (16/18), although currently impressive, have dropped a few points along the way. This is true as well for AC and Inter Milan (14/18), or Bayern Munich (16/18), which have the best ratios of their respective countries in the European Big 5. 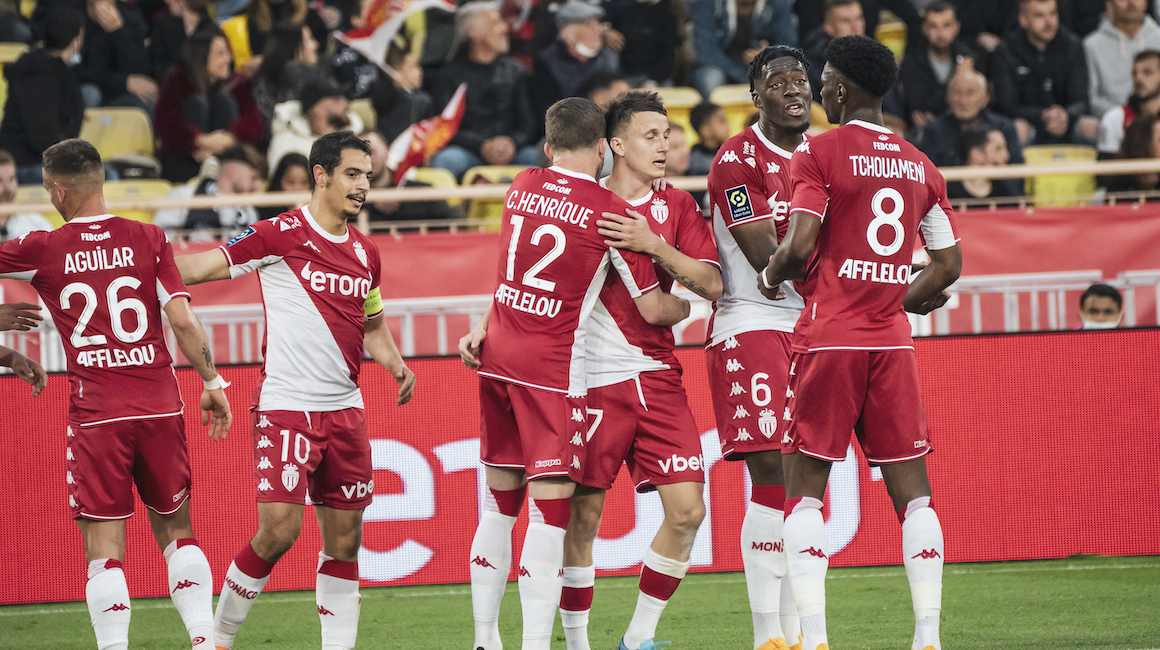 An average of 2.5 goals per match

But the return to form of the Monegasques is not only reflected in terms of points. In their last six matches, they have scored 15 goals (2.5 goals/match), including nine involving Yedderland (8 goals, 1 assist). Among them, 14 were also scored from open play, the highest total in Ligue 1 over the period. At the same time, only five goals were conceded. This allows AS Monaco to now be the fourth best team in the league at home and away, where the club from the Principality has won four of its last five games.

Here's all you need to know ⤵️

A seventh clean sheet of 2022 against Nice

Always working on their pressing (51 high recoveries in 6 games, according to the LFP), and above all playing more compactly on the road, the team has also tightened things up at the back, to become the fourth-best defense in the league (35 goals conceded in 34 rounds). They even recorded their seventh clean sheet of 2022 in the Derby against Nice (a 1-0 win), a fine performance by Alexander Nübel and his defence.

The Stade Louis-II has even become a sort of Fort Alamo, since the Rouge et Blanc have lost only one of their last 14 home matches in the top flight (10 wins, three draws). It’s additional evidence that AS Monaco is indeed the in- form team of the moment. Now, we will have to keep riding this wave to hope to finish on the podium at the end of the season. DAGHE! 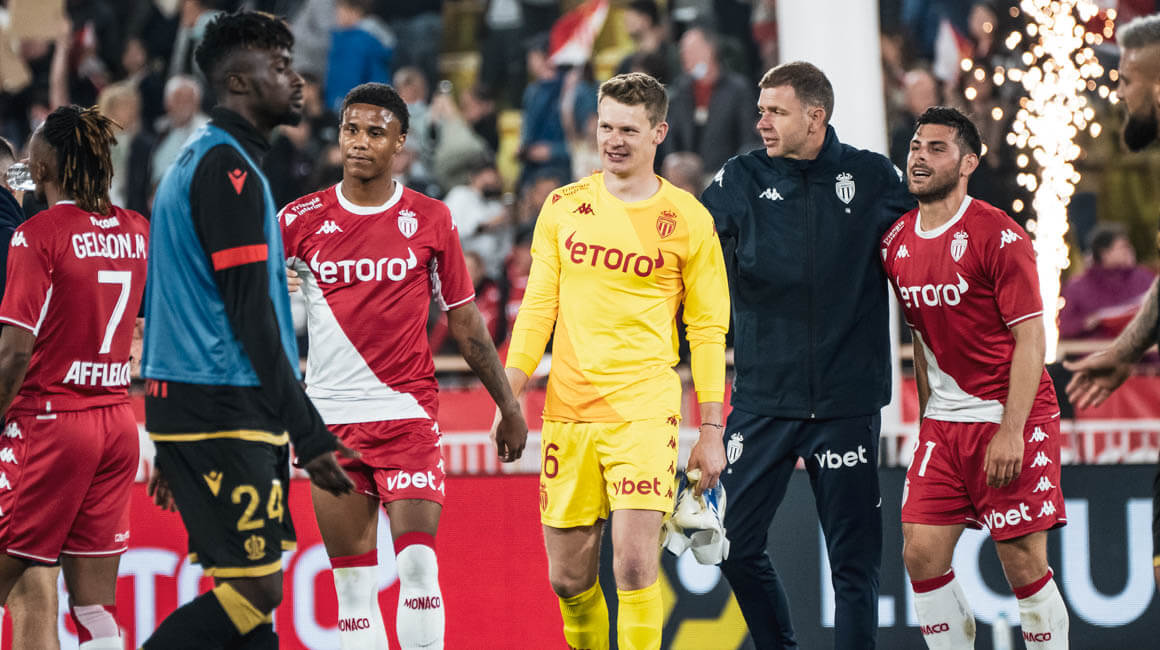