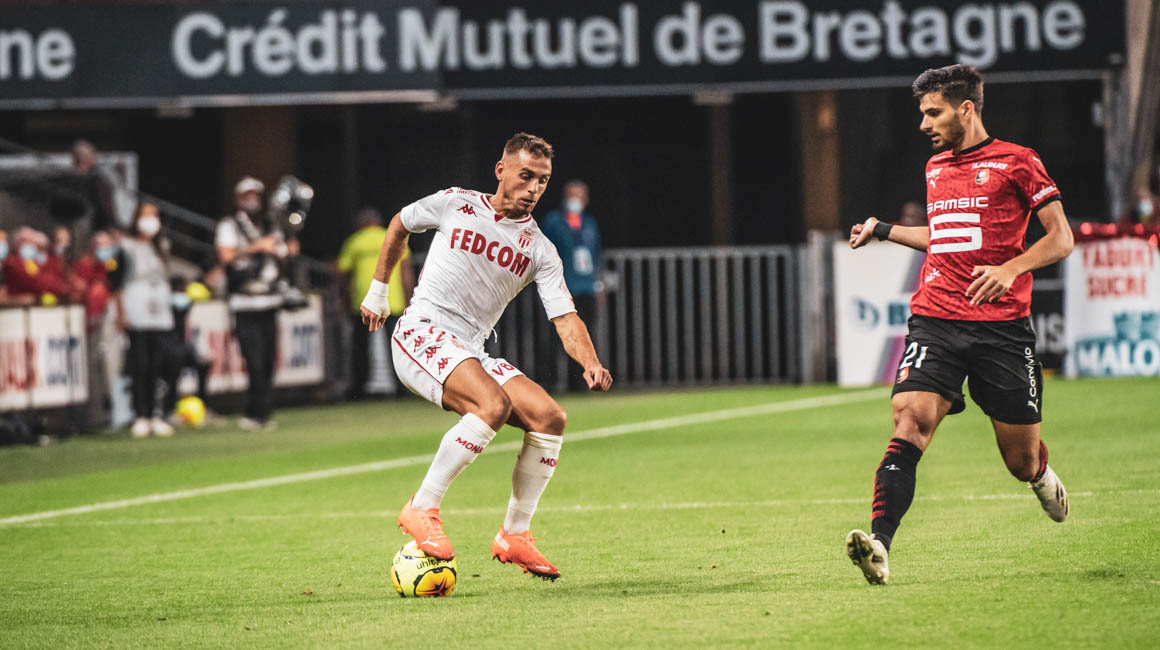 AS Monaco record their 1000th win!

Le but de Ruben Aguilar en version originale
After six league matches, AS Monaco is the team that has run the most in Ligue 1 Uber Eats. Ruben Aguilar is the player who has covered the greatest distance since the restart of play.

Reims, Metz, Nantes, Rennes, Strasbourg and Brest. Six Ligue 1 Uber Eats matches have been played since the start of the season by AS Monaco, which currently occupies sixth place in the table And this position is not the result of chance: scoring comes through defending, as the Red and Whites run a lot, thanks to the work carried out by Walter Gfrerer  and all of the staff.

With 827.7 kilometers (137.9 per game on average) covered since the start of the season in August, Niko Kovac’s players are those who have rn the most distance, ahead of LOSC and their 824.1 kilometers (137.35). It’s a figure which follows AS Monaco’s 1000th win which holds the record for kilometers covered in a match: Wissam Ben Yedder and his teammates completed 147.9 kilometers on September 13

Individually, Ruben Aguilar, who has not missed a single minute of play since the first matchday, and who even distinguished himself by scoring against Strasbourg, is the player in the league to have covered the greatest distance. The right-back ran 73.9 kilometers, which places him at the top of the standings ahead of the 71.4 kilometers of Saint-Etienne player Mahdi Camara. The player who will face his former club Montpellier next weekend runs 12.3 kilometers per match on average, the same number as Girondins de Bordeaux’s Otavio.