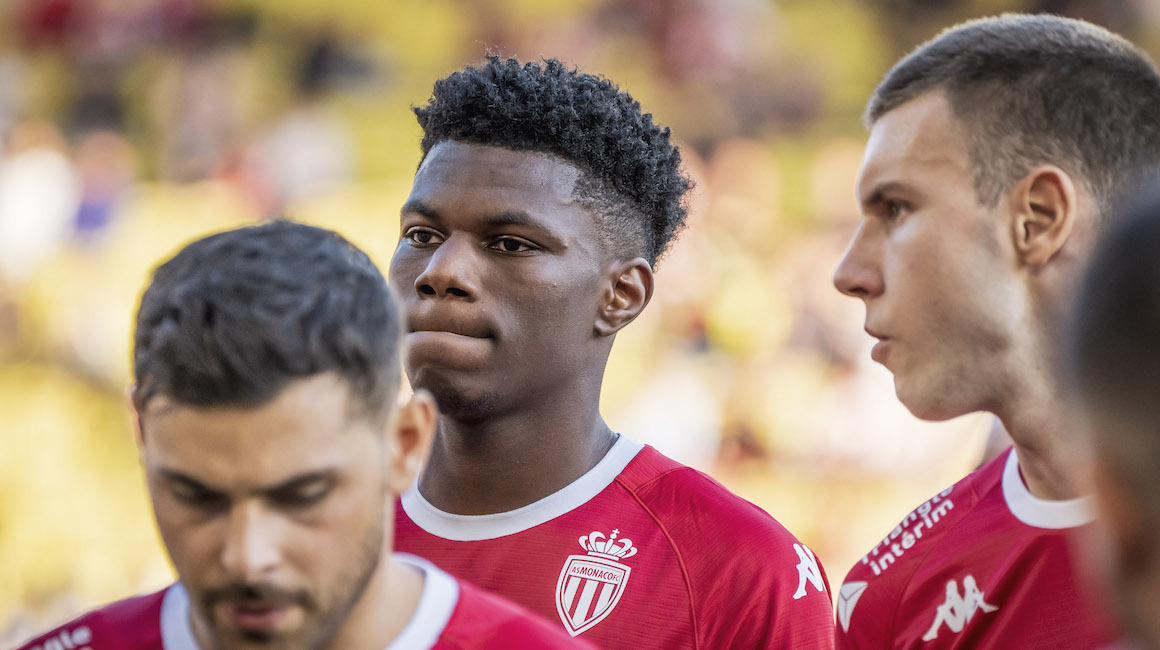 Very successful with AS Monaco in Ligue 1 and in the Europa League, and having won the Nations League with France, the Monegasque midfielder has been named to the Ligue 1 Team of the Month for October according to the statistics website.

Niko Kovac’s first choice in midfield since last season, Aurélien Tchouameni has only built on his reputation since the start of the season, something that was confirmed in October, a month he started off perfectly with a goal and a match MVP of the match against his former club, Bordeaux, at the Stade Louis-II (3-0). On a free kick struck by Aleksandr Golovin, “Tchouam” hit a brilliant volley  after a lovely bit of control to beat his former teammate, Benoît Costil.

Describe the match of Tchouameni with an emoji 🤔#ASMFCGB pic.twitter.com/XpvoD4OC0l

It was a masterclass that he would repeat against PSV Eindhoven in the Europa League and against Montpellier in Ligue 1 on Matchday 11 more recently in a 3-1 win. Having been voted best Young Player last season at the Trophées UNFP, he also shone with France last month. Called up for the second time by Didier Deschamps for his country, the Monegasque number 8 delivered a great performance alongside Paul Pogba against Spain in the Nations League final (2-1).

Having won this competition alongside his club captain, Wissam Ben Yedder, it was therefore quite logical that Aurélien Tchouameni would be part of the WhoScored Team of the Month. On the site specializing in statistics, he recorded an average score of 7.69/10, over the three matches played against Bordeaux, Montpellier and Brest, he took his place in an eleven in which also appears the former Monegasque Giulian Biancone.

Elected Monegasque MVP of the month in August beforee repeating the trick in September, AS Monaco’s midfield metronome thus continues to build on an impressive season, hoping for another call from Didier Deschamps at the beginning of November. Bravo Aurélien!