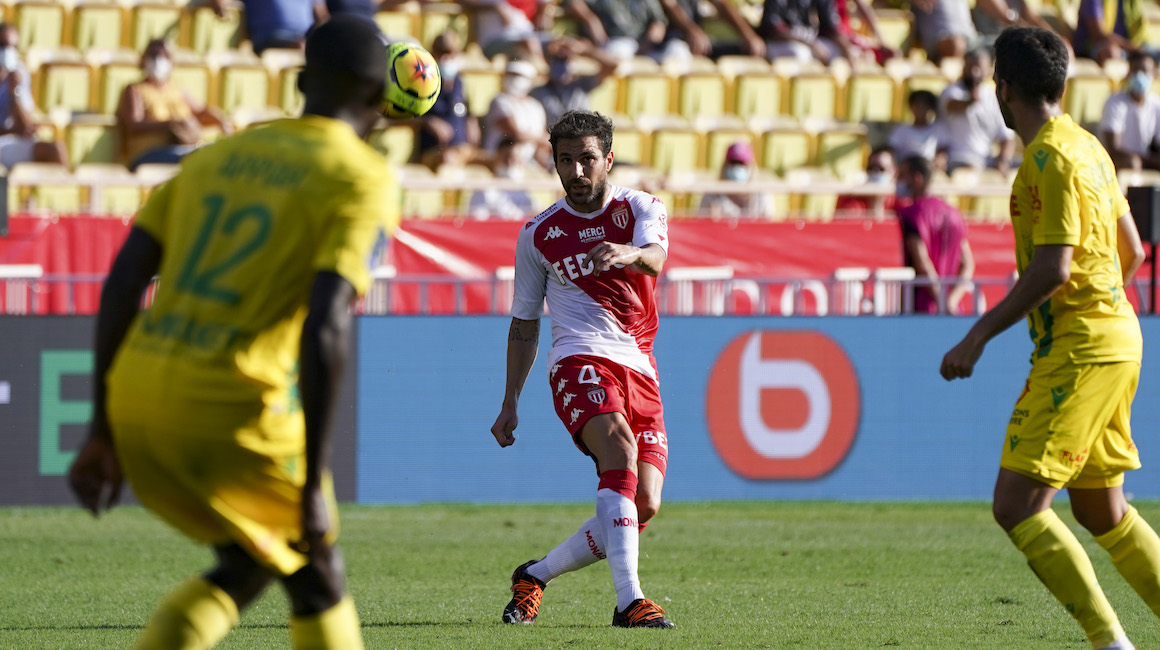 Cesc Fàbregas plays his 800th career match
You selected Cesc Fàbregas your MVP of the Red and Whites' win against FC Nantes this Sunday (2-1). According to the match statistics the Spanish midfielder was the player who made the most touches in the game.

More than 800 of your voted for the MVP of AS Monaco’s win against Nantes this Sunday (2-1). According to you, even if Sofiane Diop (241 votes), who appeared in L’Équipe’s team of the week for Matchday 3, was one of the best Monaco players on the pitch, his teammate in the midfield, Cesc Fàbregas, deserved to to be honored for this match (374 votes). There were nearly 800 votes submitted, much like the symbolic bar that the Spanish international crossed (110 caps, 15 goals), in playing his 800th career match against Les Canaris.

Four key passes before a shot

Named a starter by Niko Kovac in defensive midfield, positioned just in front of the defense, he was the player who made the most touches (102) during the match. He even made four key passes out of the 18 shots attempted by AS Monaco. We can especially remember his brilliant pass over the top of the defense for Kevin Volland, whose volley was unfortunately stopped by Alban Lafont (29’).

He was also the one who had previously picked out Benoît Badiashile on a corner, where the defender failed to score with a superb volley that hit the crossbar (15’). It was thus a big match, rewarded by the club’s 1000th victory that marked the 800th appearance of his career. Cesc Fàbregas therefore enjoyed, after the final whistle, a beautiful tribute from his young teammates in the dressing room.

Cesc and Sofiane were the best players on the pitch today I think. We know his qualities perfectly. He brought a lot of rhythm to our play. He created a lot of chances, especially on the one for Kevin Volland. It has been six months since he has played, I'm very happy for him, he has great qualities, he will be able to help the team.
Niko Kovac

*(in parentheses, the number of times a player has been named match MVP)