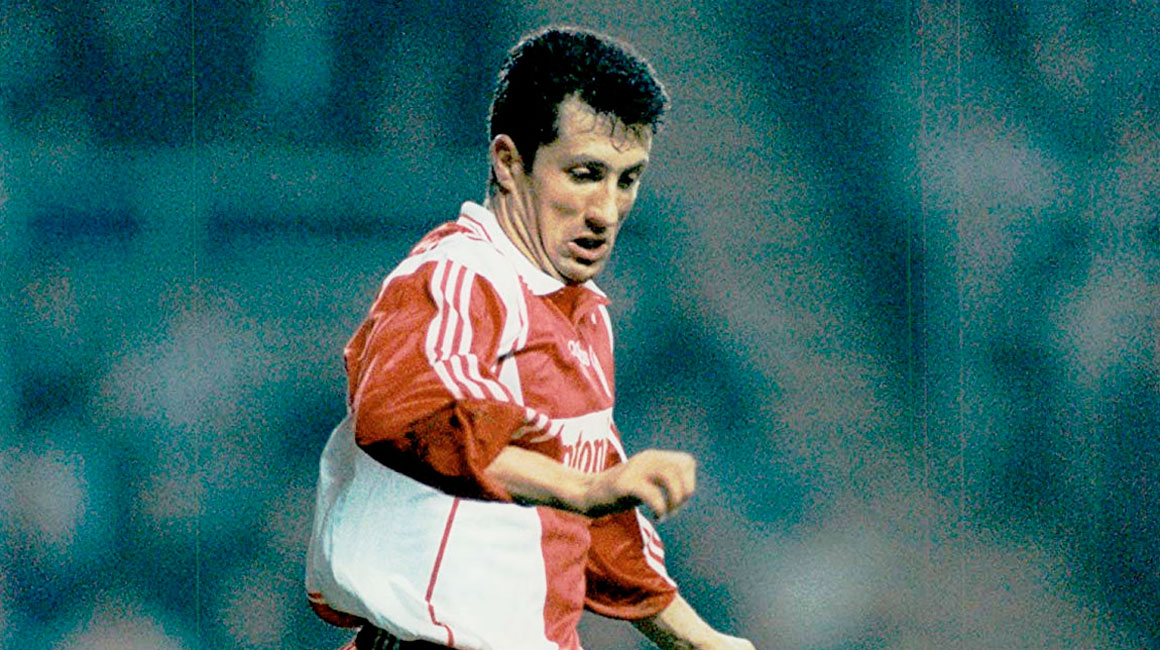 22 years ago to the day, the Scottish midfielder opened the scoring against OM. A great opportunity to relaunch our weekly "What A Goal!"

As we are three days away from the 49th AS Monaco – Olympique de Marseille match in the French championship, we remember the volley by John Collins from Monaco-OM in 1997. Then called Division 1, the match took place in Week 7. The defending champion, AS Monaco, defeated OM by a score of 2-0, after a great finish to the game.

In the 76th minute, from the right side of the field, Ali Bernarbia cleverly found John Collins at the edge of the box with a corner. With a spontaneous and powerful volley, he left the entire Marseille defense shocked, including the German goalkeeper, Andreas Kopke. Eight minutes later, a goal by Thierry Henry sealed the victory for Monaco.

We know that at the end of the 1997-1998 season, AS Monaco would climb to a third-place finish, two points ahead of OM. It was a  great triumph, only a few weeks before the World Cup took place in France.