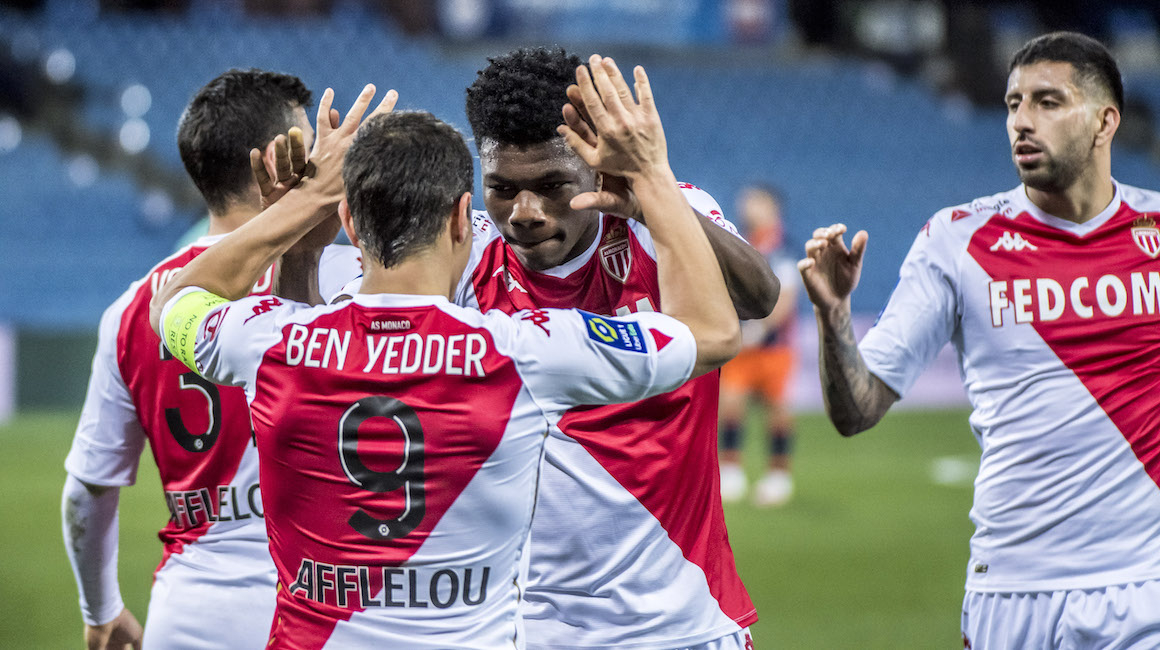 To start the second half of the Ligue 1 seaosn in the best possible way, the AS Monaco players earned a deserved win away to MHSC field despite a tense end to the match (2-3).

For the team’s second trip of the year, Niko Kovac refreshed his starting eleven with several changes. Ruben Aguilar started on the right wing, while Djibril Sidibé got the nod at right back. These tactical choices paid off, as the Rouge et Blanc started the second half of th Ligue 1 season as they had finished the first, with a win in Le Hérault (2-3). 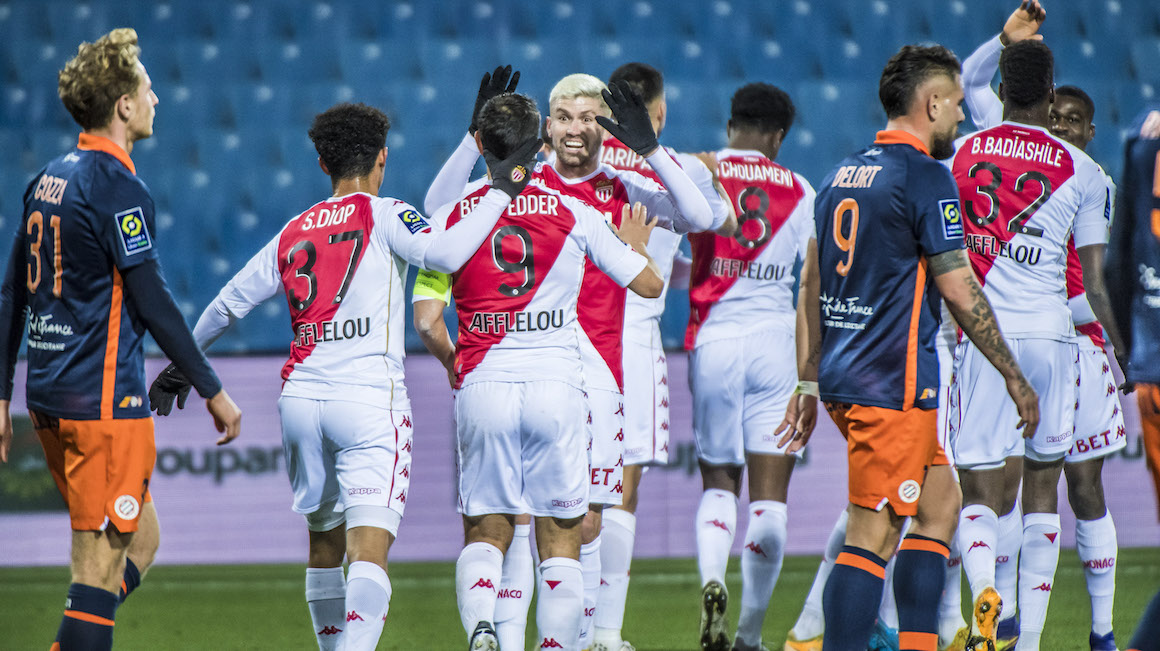 A successful start to the match

From kickoff, the Monegasques settled in the opponents’ half of the pitch played with a high press, without letting the Héraultais have much space. On multiple occasions, Sofiane Diop and Youssouf Fofana made recoveries in the Montpellier half. However, the first attempt of the match fell to Andy Delort, who stumbled against the Monegasque defense (13th). The hosts were finally showing some spirit after a quarter of an hour of play. But the defense, led by Guillermo Maripán, was holding up, especially on a run by Florent Mollet (18th).

While Montpellier were back in the game, they had no answer for the man of the moment for AS Monaco, Kevin Volland, who decided to get the scoring started this evening. Following a corner kick by Djibril Sidibé, the German striker cut in at the near post as usual. The ball flew towards Wissam Ben Yedder who executed a sumptuous scissor kick which crashed off the crossbar. Play continued and the ball was only cleared as far as the edge of the area. The MVP for the month of December then did well to get off a stinging low shot which beat Jonas Omlin, as Kevin Volland scored his tenth goal of the season (24th, 0-1). 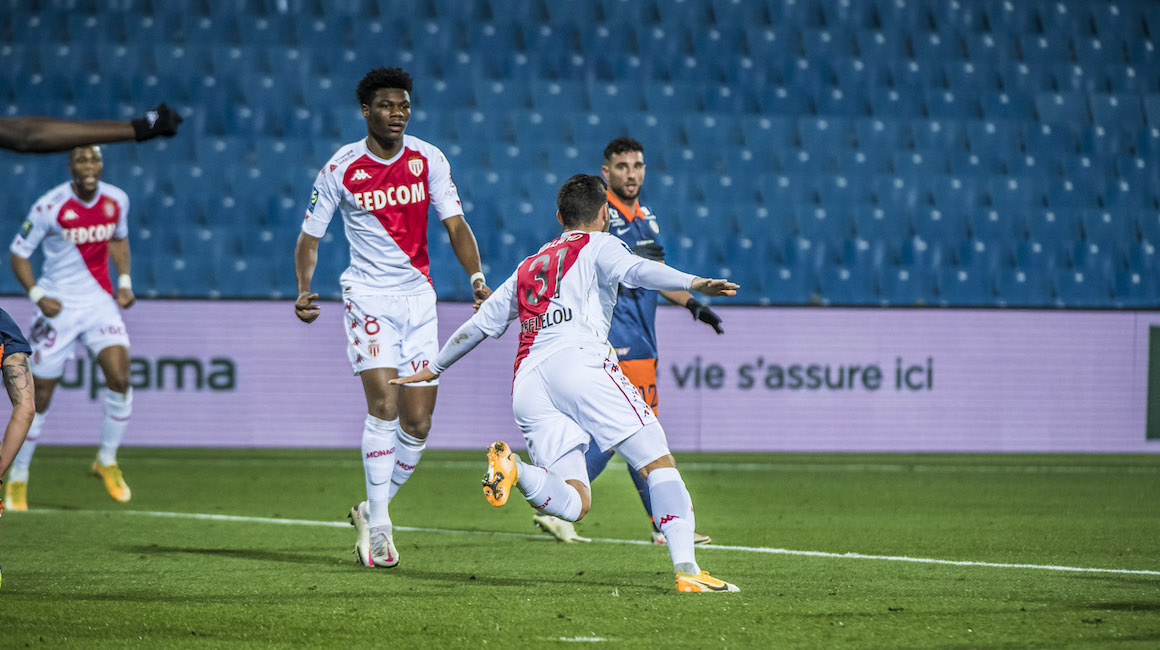 After scoring the opener, Niko Kovac’s men pushed forwardagain. Wissam Ben Yedder, not having been successful with his acrobatic effort, had another effort after a run by Sofiane Diop, popping up on the left flank (31st). Then in the next minute, his attempt on the turn once again forced the Montpellier goalkeeper into a save, again from a corner (32nd). Undeterred, the Monegasque captain was soon rewarded for his efforts.

Already having recorded his first assist for AS Monaco against Angers, Caio Henrique played a wonder of a cross for number 9, who headed home to double the lead, the ball nestling in the opposite corner (35th, 0-2). The goal was confirmed after a consultation with the VAR, and the Principality side would return to the locker room with a two-goal advantage, having thoroughly dominated the first 45 minutes. 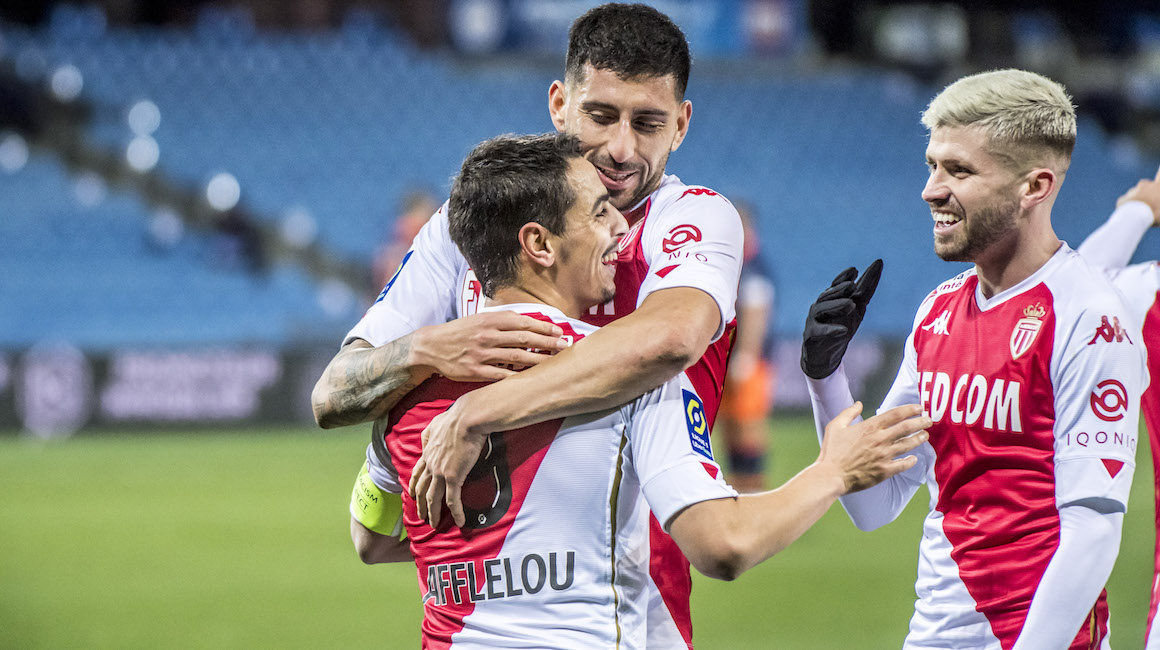 As AS Monaco came back with the same intentions to start off the second half, the  attacking interchanges between Kevin Volland and Wissam Ben Yedder continued to trouble the MHSC defense. After a one-two in the Bleu et Orange‘s penalty area of ​​the Blue and Orange, Daniel Congré caught Kevin Volland, earning the visitors a penalty. The Monegasque captain, a specialist in this area, converted with ease (61st, 0-3). It was the 9th goal for the French international this season, and his 90th in the French top flight.

Now three goals ahead, nothing seemed to be troubling Niko Kovac and his side. But the following minutes gave AS Monaco a fair bit of difficulty. Elye Wahi reduced the deficit just a few moments later, with a volley from close range (64th, 1-3). Then, it was the turn of Andy Delort to give hope to his teammates with a clever goal, scoring on a low cross from Florent Mollet (69th, 2-3). 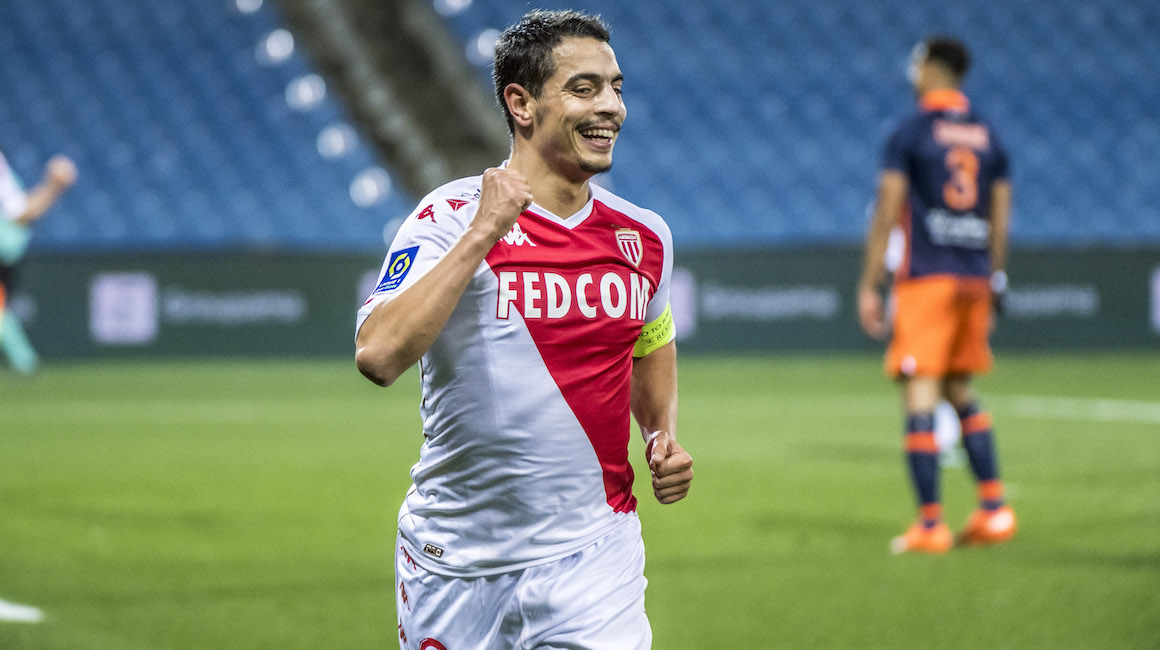 An breathless last quarter of an hour

Stunned but not ready to let their heads drop, AS Monaco continued moving forward on the counter-attack through Wissam Ben Yedder, who continued to be the night’s standout performer. He cleverly played in Aleksandr Golovin who beat the Montpellier goalkeeper but saw Jordan Ferri block his shot off the line (73rd). The match continued to thrill and the two goalkeepers were kept busy. Benjamin Lecomte had to be vigilant as Andy Delort pushed him into a superb flying save following a shot from outside the area (75th). Montpellier gave everything in the last few minutes but the Monegasque defense held firm and managed to preserve the score until the final whistle.

After a courageous performance, the Red and Whites earned their third success in a row with a brilliant double from Wissam Ben Yedder and a tenth goal of the season from Kevin Volland. AS Monaco thus consolidated its standing in 4th place in the Ligue 1 standings, while waiting for the weekend’s other nine matches. The next match for Niko Kovac and his side is against Olympique de Marseille, next Saturday at the Stade Louis-II (9PM, behind closed doors). 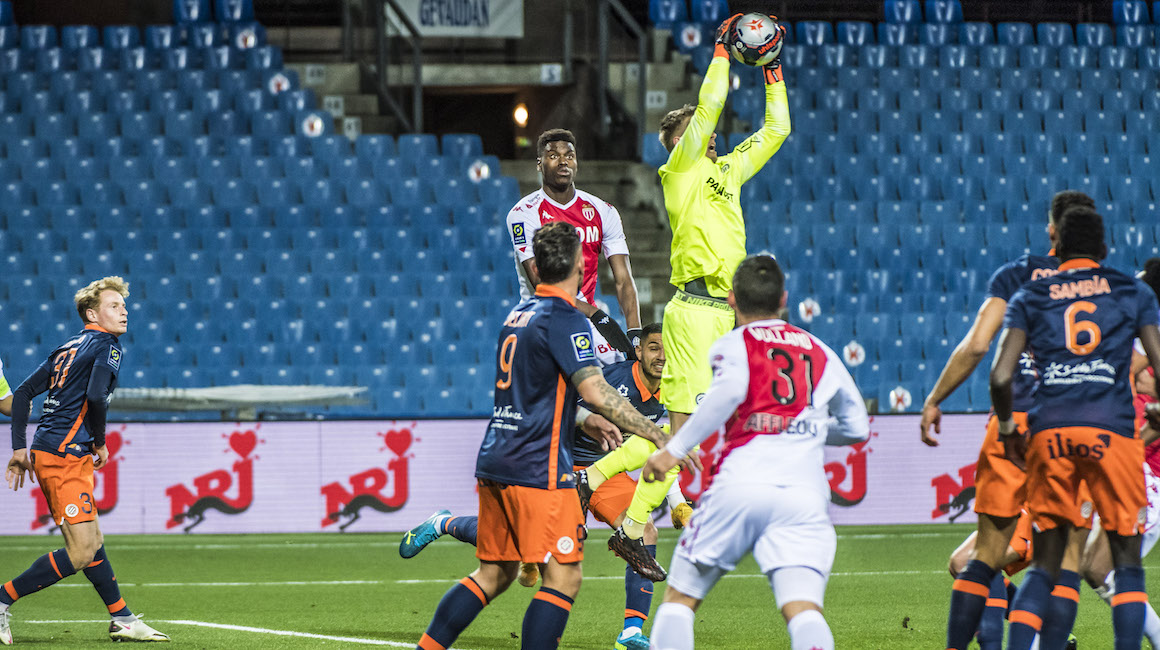