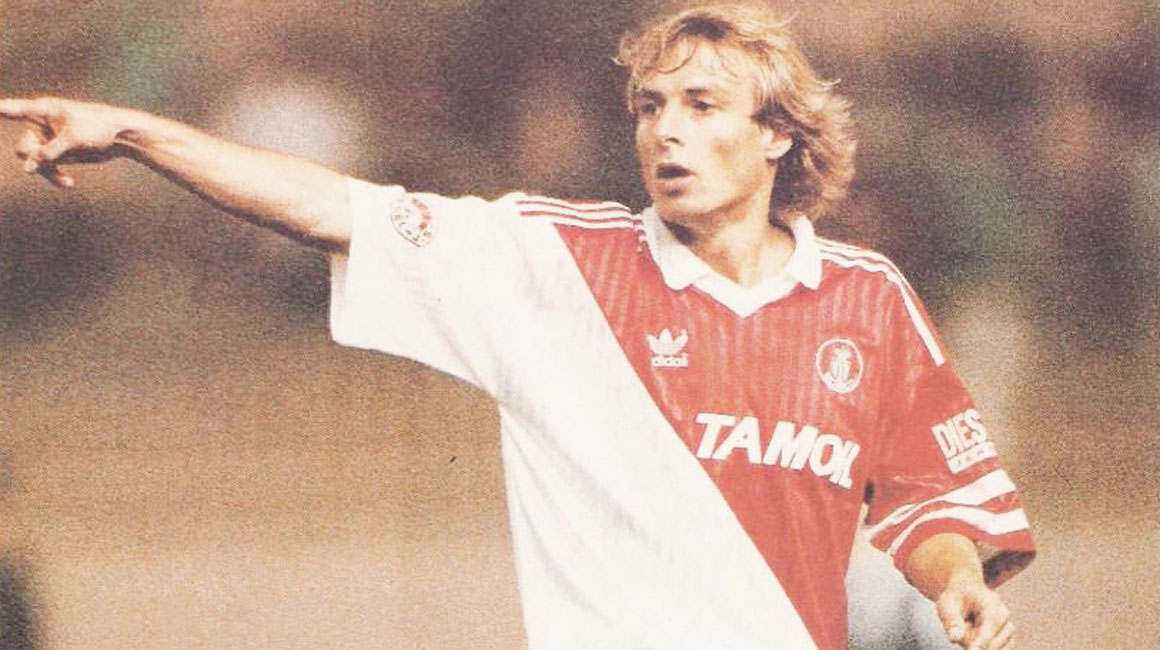 Twenty-seven years ago to the day, on November 28, 1992, Jurgen Klinsmann made a brilliant run to place an unstoppable header in Bernard Lama's left-hand corner. It was a goal that put AS Monaco on the road to success against PSG. This is a goal worthy of the first anniversary of this section "What A Goal!", which has accumulated over the twelve months more than 2.5 million views!

The main competitor of a then-dominant Olympique de Marseille who had won three  titles in a row, AS Monaco and PSG met at Stade Louis-II as a part of the 16th matchday. At the kickoff, the Parisians, who were in second, were three points ahead of the Red and Whites, who sat fourth.

This match also marked the return of George Weah to the Stade Louis-II, who had joined PSG the previous summer, replaced by Jurgen Klinsmann at the front of the Monaco attack. The duel of the two scorers would be short, however, with Weah being forced to leave the pitch through injury early in the second period with his team behind 2-1.

Yet it was the Parisians who opened the score in this match, thanks to an unfortunate own goal by Franck Dumas in the 20th minute. But AS Monaco had the character and equalized quickly. On the counter, Jerome Gnako showed superb spirit to get the ball off the feet of Ricardo. The midfielder saw Klinsmann’s run into the Parisian area and delivered a perfect cross.

The result was history, with a masterful header by the German world champion, nailing Bernard Lama to the spot for red and white equalizer (21st). Less than ten minutes later, the Brazilian Luis Henrique gave the advantage to AS Monaco (30th), before Yuri Djorkaeff completed the success of Monaco late in the game (87th).

Despite this victory, Arsene Wenger and his men would finish the 1992-1993 season in third place, on the same number of points as the PSG (51), but with a poorer goal difference (+27 vs. +32). The champion with only two points ahead of their two pursuers, OM  would be stripped of this title because of the “VA-OM” affair.