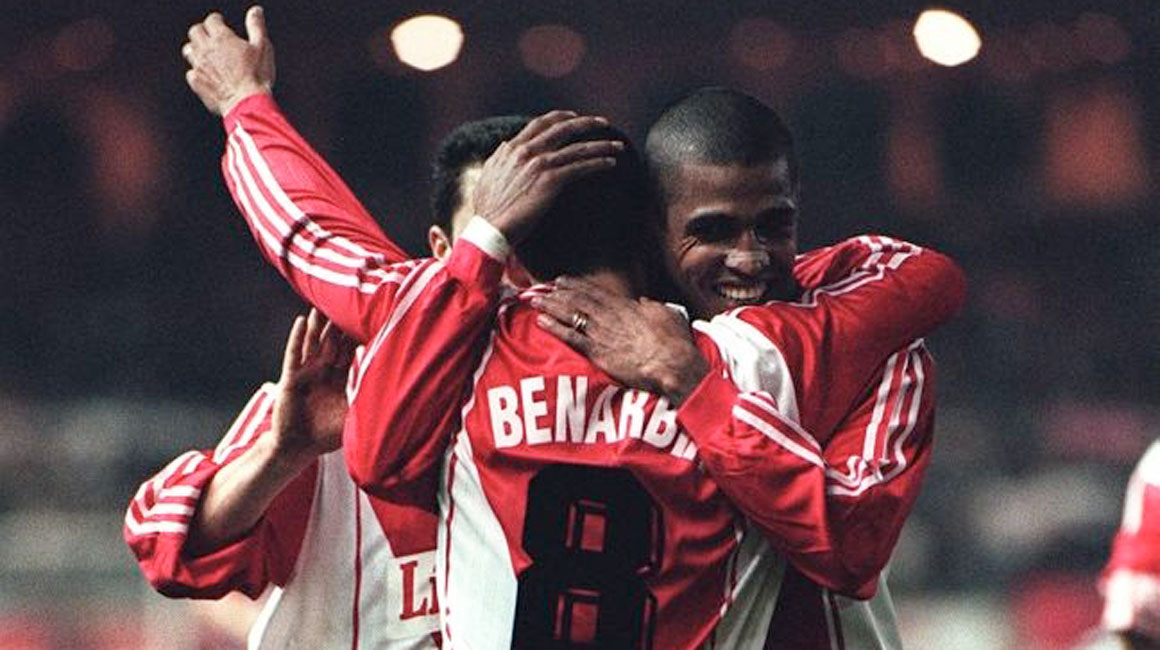 Before facing Bordeaux on Sunday from 15h, today's WAG brings us back to August 1995, when AS Monaco dominated Les Girondins at Parc Lescure, including a very nice goal by Ali Benarbia.

At the start of the action, made by an opening for Patrick Blondeau, who had been left alone at the back of the Bordeaux defense, Ali Benarbia was there to receive and finish a perfect cross from the right and beat Gaëtan Huard with a sublime volley. This goal had the mark of FC Martigues, where Benarbia and Blondeau had rubbed shoulders at the beginning of their pro career in the late ’80s.

It allowed AS Monaco to lead 0-3 at the Parc Lescure against the hapless Girondins. Once was not enough, though; it was Lilian Thuram who opened the scoring from the 4th minute in this encounter on the 6th matchday of D1. The Liberian striker, Christopher Wreh, widened the gap ten minutes later. After Benarbia’s goal, Wreh would even double his tally to make it 0-4 in the 44th minute. At the end of an incredible first period, AS Monaco had mystified Bordeaux on their own pitch.

An epic run and survival for Bordeaux

The goals of Bancarel and Tholot in the second half made the final margin a little more respectable for the hosts, but the mission was accomplished for the Red and Whites, who won 2-4 and finished the season in third while Bordeaux would narrowly survive, although not without reaching the final of the UEFA Cup after eliminating the great AC Milan.

Not the last dance