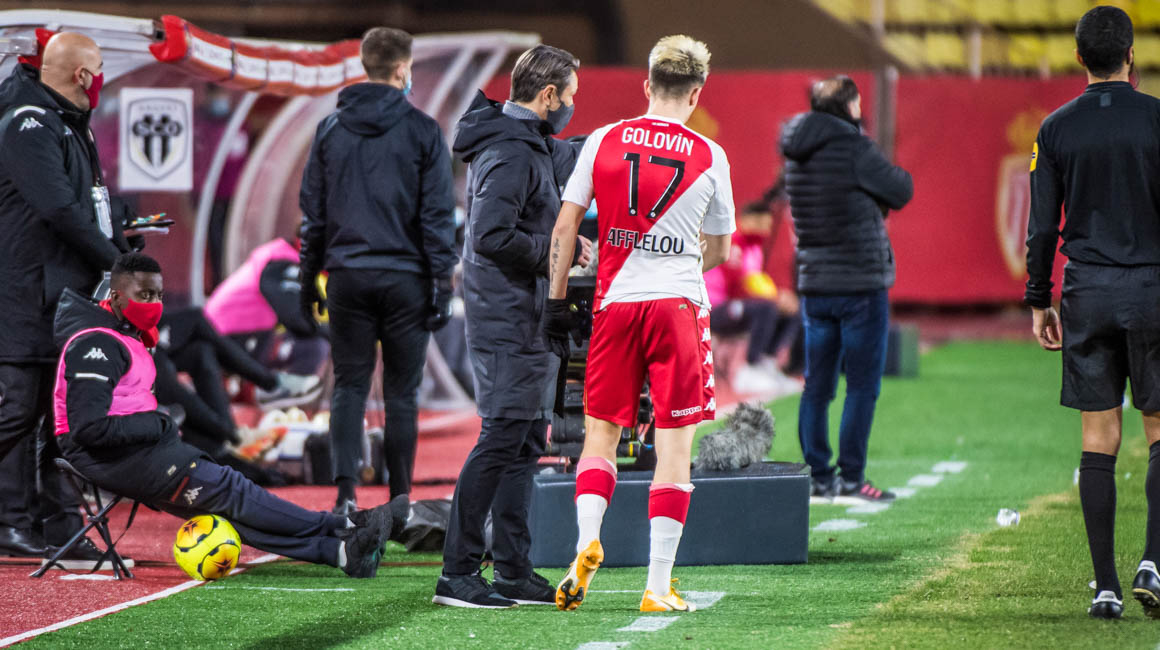 Niko Kovac : "Garder ce niveau de jeu pour la suite"
According to statistics compiled over the first part of the season, which ended with a victory against Angers for the Red and Whites on Saturday (3-0), the Principality's club substitutes have been the most decisive in Ligue 1, just behind those of Paris Saint-Germain.

They scored three of AS Monaco’s five goals against Lorient, last Wednesday (in a 5-2 win). Aleksandr Golovin even scored his first goal of the season, just ten seconds after coming on against Les Merlus, after more than four months without playing. He was the “best change” of Niko Kovac’s career, the Monaco coach quipped at a press conference after the match. Three days later, it was Stevan Jovetić who scored in just five minutes.

Most decisive substitutes, second only to PSG

Against Angers (a 3-0 win), the Montenegrin striker scored his first goal of the year in Ligue 1, on a pas from Kevin Volland, offering further proof that AS Monaco’s substitutes have shown themselves to be particularly important in this first half of the season. In fact, they are even among the most decisive in the French top flight, according to figures compiled by our partner STATS. The Red and Whites “super subs” are second in the table in terms of the number of goals scored and points won since August.

With seven goals scored in 19 matches, or nearly 20% of the total goals scored this season, the Monegasque bench is one of the most decisive in Ligue 1, just behind Paris Saint-Germain (8 goals). Indeed, they have scored four of AS Monaco’s last seven goals, and have been instrumental in securing 4th place in the top flight after the first half of the season. They’ve also allowed the Principality club to capture an six additional points, thanks to these goals. 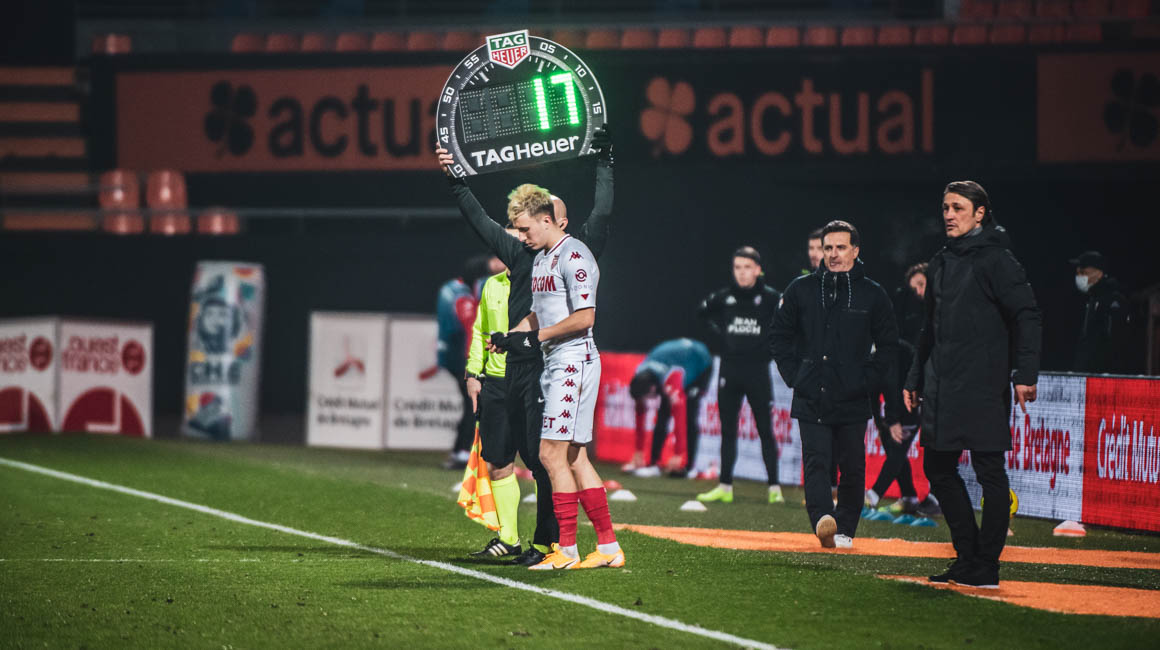 I am for having five changes. The teams' schedule with European and international matches is very dense, so we need to be able to protect our players. We also have a fairly large squad, and if we want to give everyone some playing time, it's good to be able to make five changes. I don’t know what will happen in the future, but I’m quite happy with the current situation, and if we want to keep a high level of play and performance, it’s good to have so many possibilities.
Niko KovacManager, AS Monaco

The rule permitting five substitutions is a welcome change

It’s Ligue 1’s best total, tied with LOSC. Against Lorient, the Principality’s club even became the second team ever in Ligue 1 history to have three different substitutes score in the same game. Aleksandr Golovin, Sofiane Diop and Guillermo Maripán helped the Red and Whites to take three points in Brittany, something which hadn’t happened since a victory by Paris against Montpellier in September 1996.

That’s why Niko Kovacso often emphasizes the importance of involving the whole squad every week in training and in matches, all the more so with the new rule allowing five changes, which the Monaco coach has already had the opportunity to welcome. More than ever, AS Monaco does not only play with just the first choice eleven on the pitch — the numbers prove it. Well done to our “super subs”!