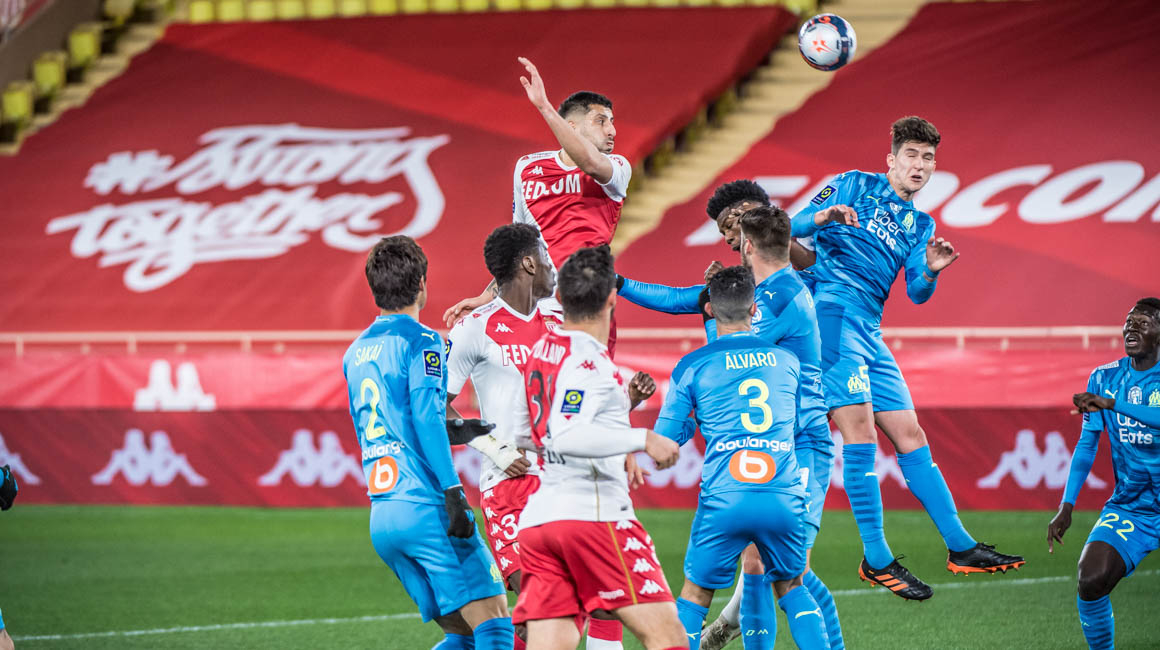 What are the key stats from the first part of the season?
It's an exercise in which the Red and Whites have excelled since the start of the season. Set pieces have already brought AS Monaco 19 goals in Ligue 1, more than any other team in the top flight.

It has become a local specialty. AS Monaco have become masters in the art of set pieces this season in Ligue 1. With 19 goals  among the 42 goals scored by the Rouge et Blanc in total, the Principality club has thus scored 45% of its goals from dead balls. That’s more than any other team in the top division. This success can be explained by the hard work being done in training, which allows certain matches to be opened up such as against Marseille (3-1). Niko Kovac had also been questioned about this in the post-match press conference.

I said a few weeks ago that I wanted us to keep scoring from set pieces, and that’s happened tonight. I'm happy because it's an area of play that can bring us points. We have very good takers, whether it's corners, free kicks or penalties.
Niko KovacManager, AS Monaco

To go into greater detail, since the start of 2021, AS Monaco have scored seven goals in Ligue 1 on corner kicks. That’s at least five more than any other team in the top flight. The Monegasque squad has the particularity of having large defensive players, who have a good aerial game, but who are more generally very clinical in the opposition area. Axel Disasi (1m90, 2 goals), Guillermo Màripan (1m93, 3 goals), Benoît Badiashile (1m94, 2 goals) and now Aurélien Tchouameni (1m87, 1 goal), have all scored at least one goal in Ligue 1 this season.

Among them, the Chilean international (26 caps, 2 goals) has found the net three times in 2021, each time from a corner (against Lorient, Angers and Marseille). No defender has done better in the five major European leagues over the period (tied with Nico Elvedi of Borussia Mönchengladbach). It was also his goal after returning from the locker room, which put the Rouge et Blanc on the right track against Marseille (1-1, 47th). Taking advantage of a ball to the near post from Kevin Volland, formidable in this area, he finished, with a header, a cross from Aleksandr Golovin. 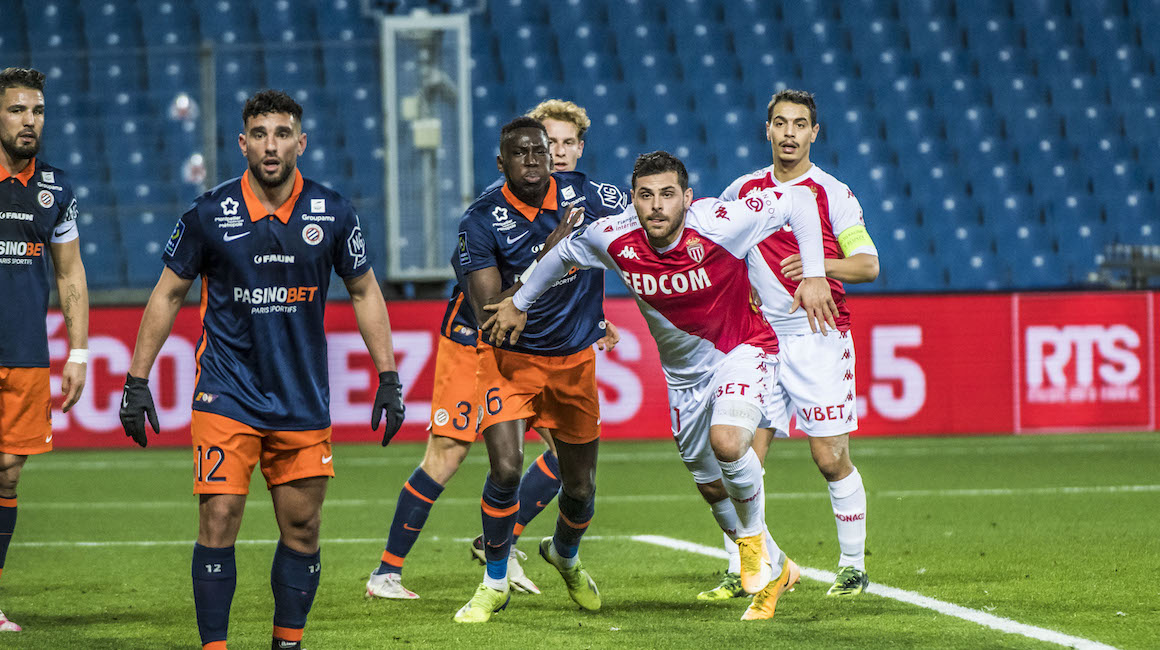 We have several tactics to counter the opponent. Otherwise it would be too easy to predict what we want to do. Sometimes we shoot at the near post where Kevin likes to cut inside. We can perform different moves to create confusion among opposing defenders. This allows us to have a larger range of options.
Aurélien Tchouameni

A phase of the game worked on in training

The German international is also one of the keys to the success of AS Monaco on the pitch. Having been named the Monegasque MVP of the season’s first half by the fans had already knocked the ball to the near post to set up Wissam Ben Yedder against Montpellier. The Monegasque captain then smashed the ball off the crossbar before the number 31 himself finished with a fine shot from the edge of the Héraultais penalty area.

It’s this combination among others, that has become a conduit for freeing spaces for his teammates in the area. It is, in any case the fruit of work being carried out on the practice pitch, as evoked by Aurélien Tchouameni in his post-match press conference. Set pieces are, after all, one of the areas of specialization for Robert Kovac, assistant trainer to his brother. 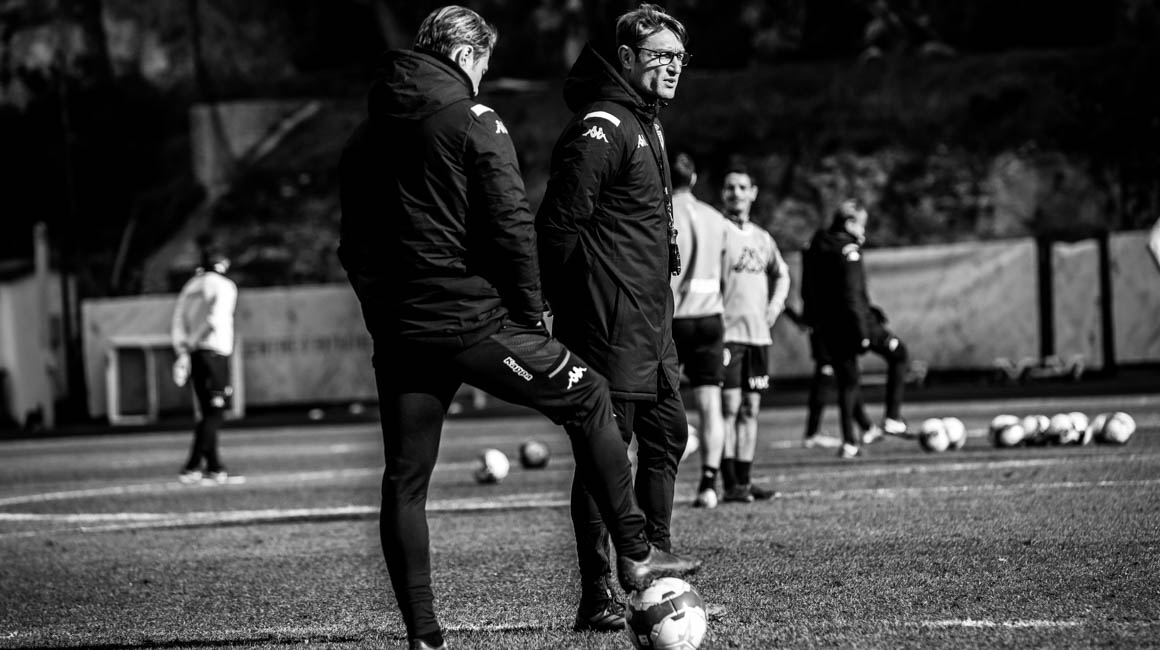 Some things are more easy to repeat than others, such as the effectiveness of a direct free kick. Two years and two months had passed before Stevan Jovetić scored AS Monaco’s first goal in this way since Radamel Falcao had done the same against Caen on November 24, 2018.

With a shot clocked at more than 100 km/h, the Montenegrin striker finished in the most beautiful way this big match against Olympique de Marseille, decided by the team’s prowess at set pieces. Three goals in this way from one match also underlined the wealth and diversity of the team’s takers. This variety of profiles is undoubtedly an additional asset to “muddy the waters”, as Aurélien Tchouameni made clear.

And what about penalties? Things have also gone very well here for the teammates of Wissam Ben Yedder, who has become a specialist in the matter. Out of the six penalties won this season by the Monegasques, they have all finished in the back of the net. The Monegasque captain scored twice from them against Montpellier, on in both the home and away fixtures (7th and 20th Matchdays).

But also against Lyon (8th Matchday), Bordeaux (9th Matchday) and Marseille (14th Matchday). Against Paris Saint-Germain (11th day), in the absence of the number 9, it was Cesc Fàbregas who was responsible for taking a penalty. With a record of 6 from 6, Niko Kovac’s side has thus recorded a flawless record so far, confirming that they are, as always very comfortable at set pieces. 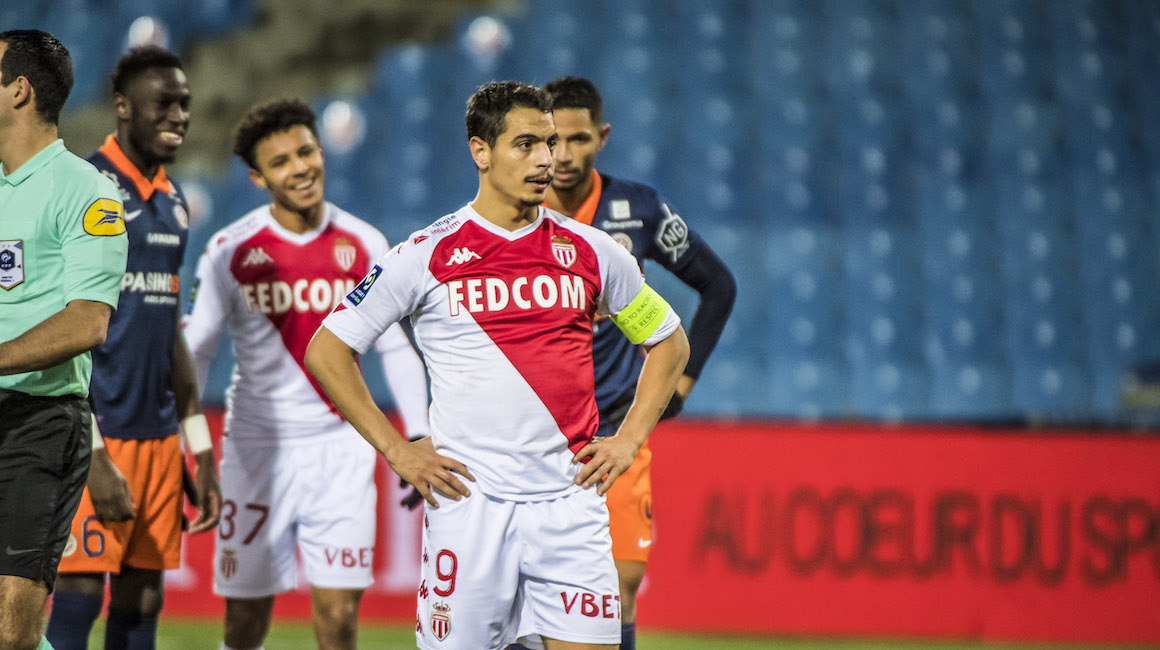