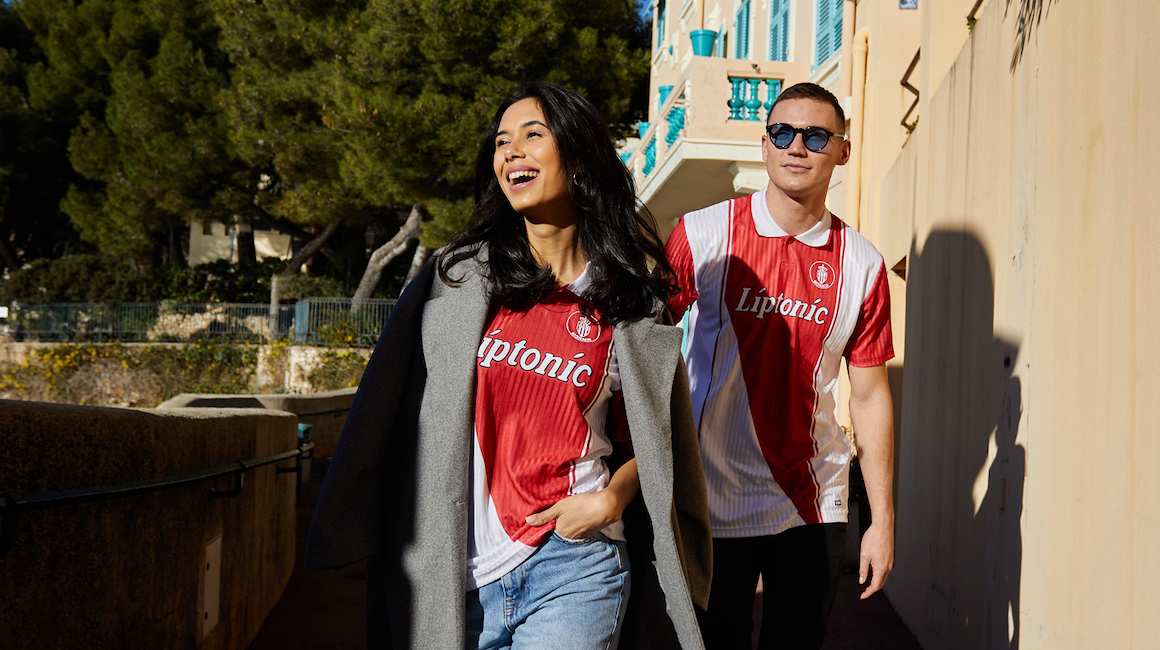 In collaboration with Copa, AS Monaco is this Friday launching a limited reissue of the jersey from its triumphant 1996-97 season, during which the Club won its sixth league title and reached the semifinals of the UEFA Cup.

That season, under the direction of Jean Tigana, one of the best teams in the history of the Club, with big names such as Fabien Barthez, Ali Benarbia, Enzo Scifo, and Sonny Anderson, as well as young talents trained at the Academy such as Emmanuel Petit, Thierry Henry and Sylvain Legwinski, had an exceptional season and allowed AS Monaco to assert itself a little more as one of the biggest clubs, not only in France, but also in all of Europe. 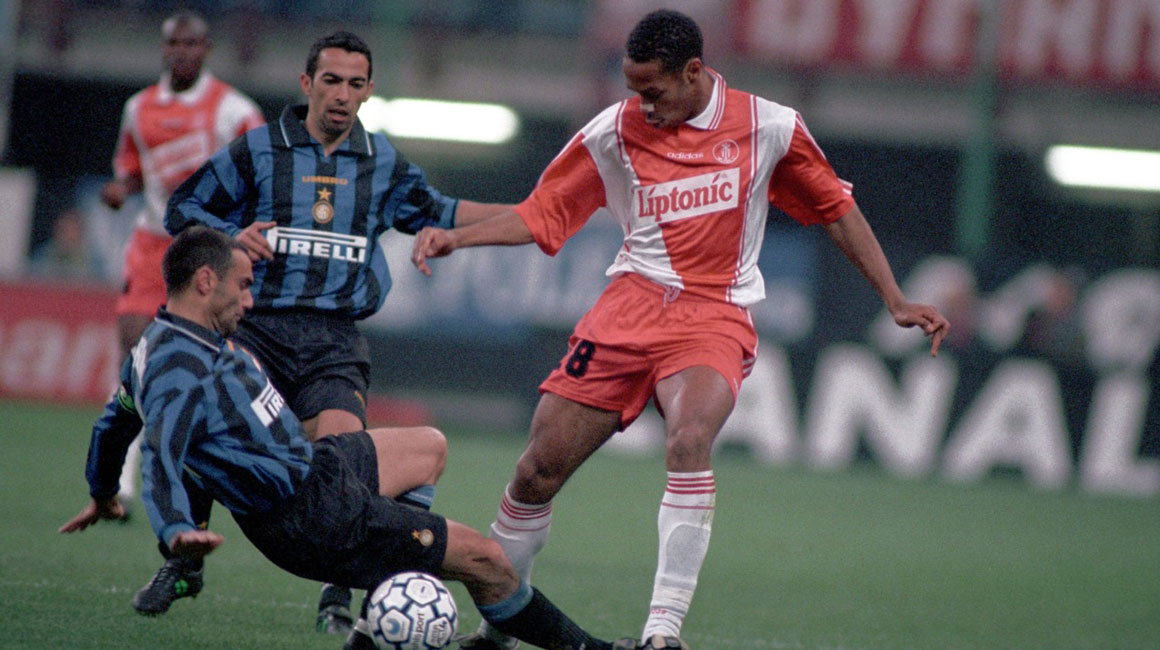 The AS Monaco x COPA jersey will be presented with a photo shoot and a video made in the heart of the Principality of Monaco and around the Stade Louis-II by Line Up, a vintage football and casual sportswear store in Paris. You can now find this Copa jersey, as well as all of the 21-22 Kappa x AS Monaco collection at the AS Monaco Shop online (www.shop.asmonaco.com) or at the official store – Les Jardins d’Apolline, 1 PROMENADE HONORÉ II, 98000 Monaco. But, be careful not to wait, as this jersey was produced in a limited edition…

This year, we wanted to highlight this champion team from 1997, which was a clever mix of experienced players and young talents trained at the Club. This is an initiative which is particularly appreciated by our fans and which we will continue to offer them in the future."
Oleg PetrovVice-President and CEO

For the 3rd consecutive season, AS Monaco and Copa are joining forces to revive a glorious page in the club’s history through the reissue of iconic jerseys, after two their first successful collaborations, which focused on the jerseys for the 1977-82 seasons. and 1987-88.

> Oleg Petrov, Vice-President and CEO: “We are very happy with this collaboration with Copa which has allowed us, for three seasons now, to relive the most important moments of the Club’s history. This year, we wanted to highlight this champion team from 1997, which was a clever mix of experienced players and young talents trained at the Club. This is an initiative which is particularly appreciated by our fans and which we will continue to offer them in the future.” 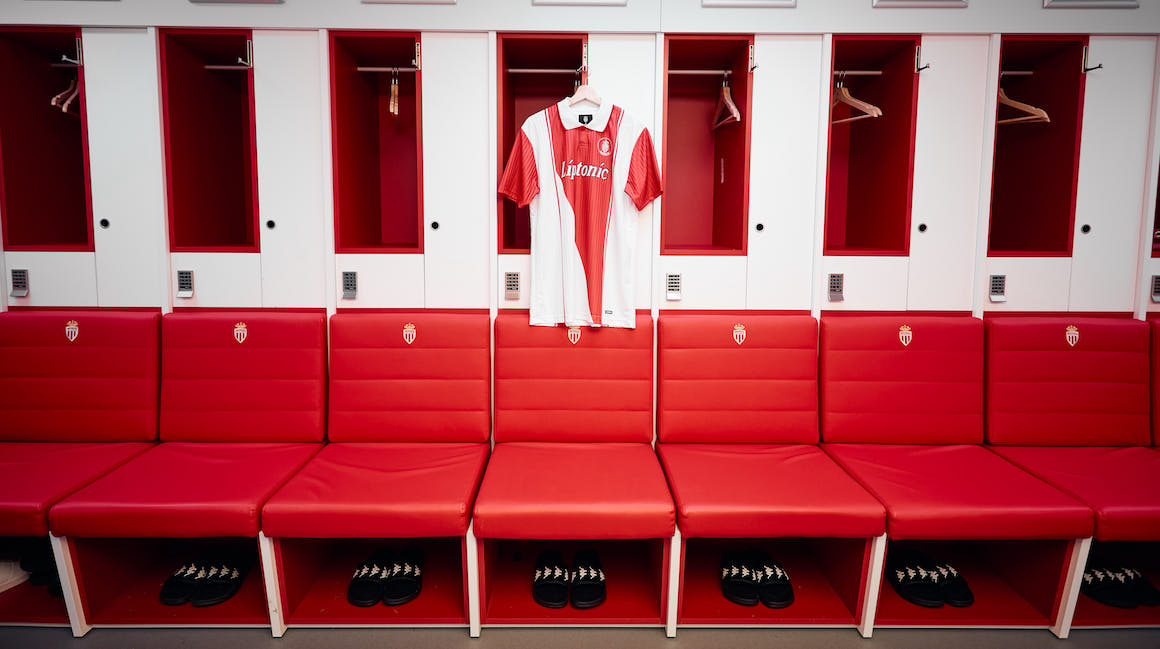 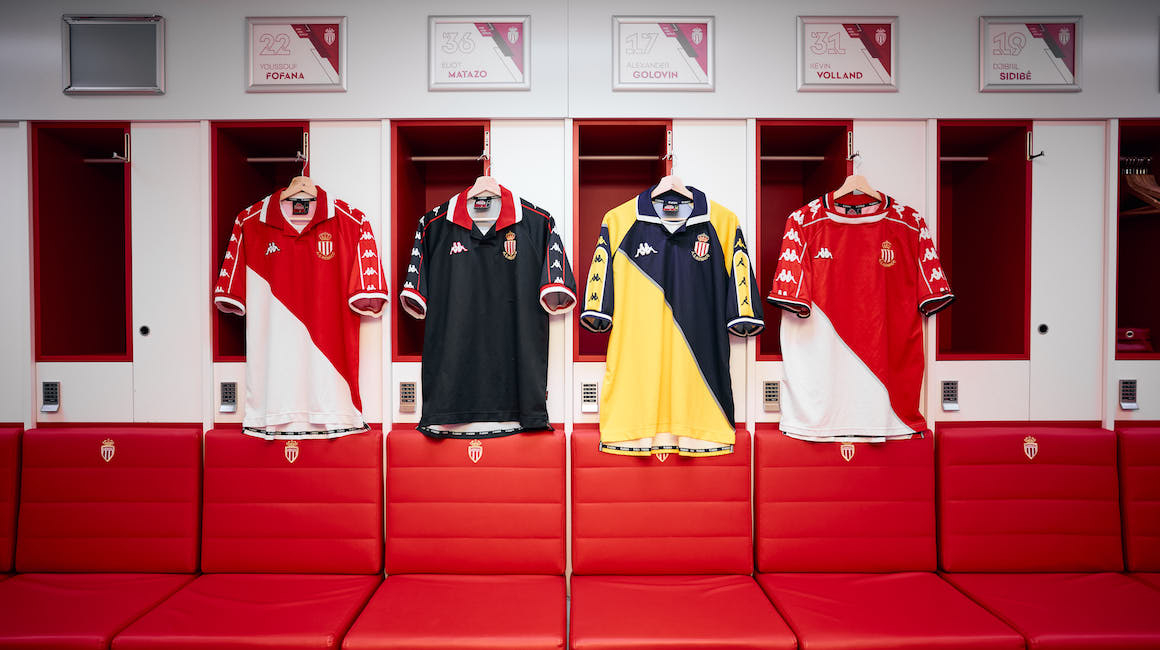 Already well established on the European scene during Arsène Wenger’s spell in charge, having reached a semifinal (1990 against Sampdoria Genoa) and a final (1992 against Werder Bremen), as well as the semifinals of the Champions League  (1994 against the great AC Milan), AS Monaco continued its ascent.

Now trained by Jean Tigana, who took over the reins of the team in 1995, the Principality club asserted itself a little more as one of the biggest teams in France by winning a sixth national title at the end of the 1996-1997 season. It was also a year which coincidedf with the celebrations in the Principality of 700 years of reign of the Grimaldi family. 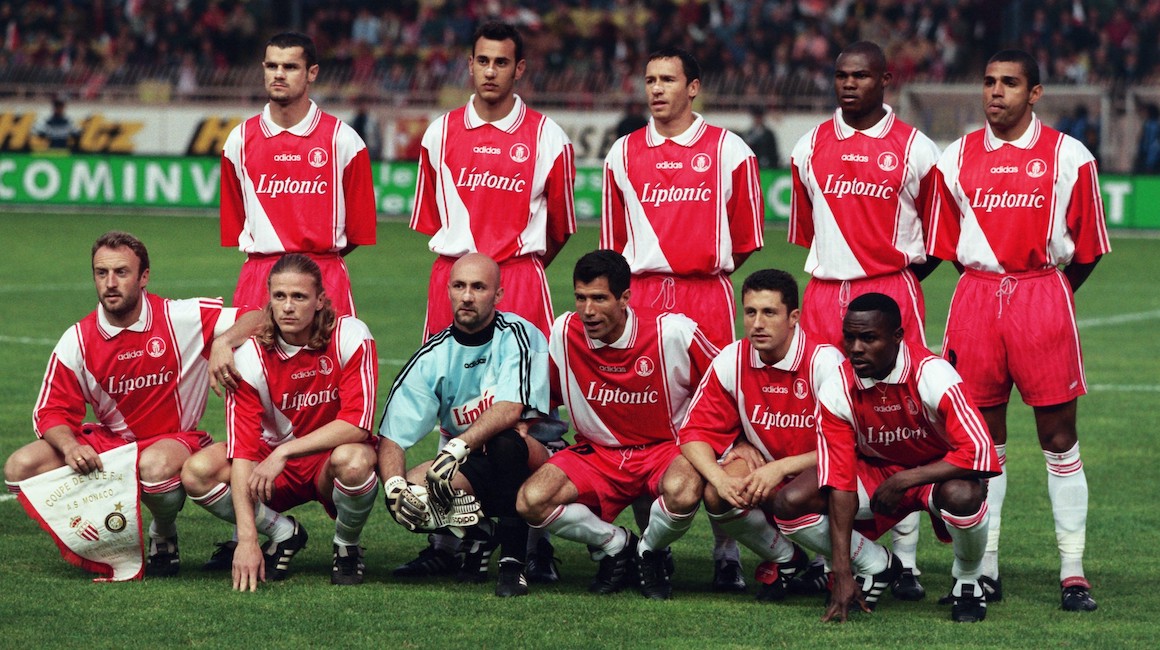 An epic run in the UEFA Cup

Under the management of one of the former members of France’s famous “Carré Magique” side, who were European champions in 1984, one of the finest teams in the history of the Club was taking shape with big names such as Fabien Barthez, Ali Benarbia, Enzo Scifo, Sonny Anderson and Victor Ikpeba, as well as young talents trained at the Academy, like Emmanuel Petit, Thierry Henry or Sylvain Legwinski.

It was an exceptional season at all levels, since the Rouge et Blanc reached another European semifinal, in the UEFA Cup this time, which would unfortunately be lost against Inter Milan. It was, however, confirmation that despite everything, AS Monaco was becoming not only leading club in France, but also across Europe.