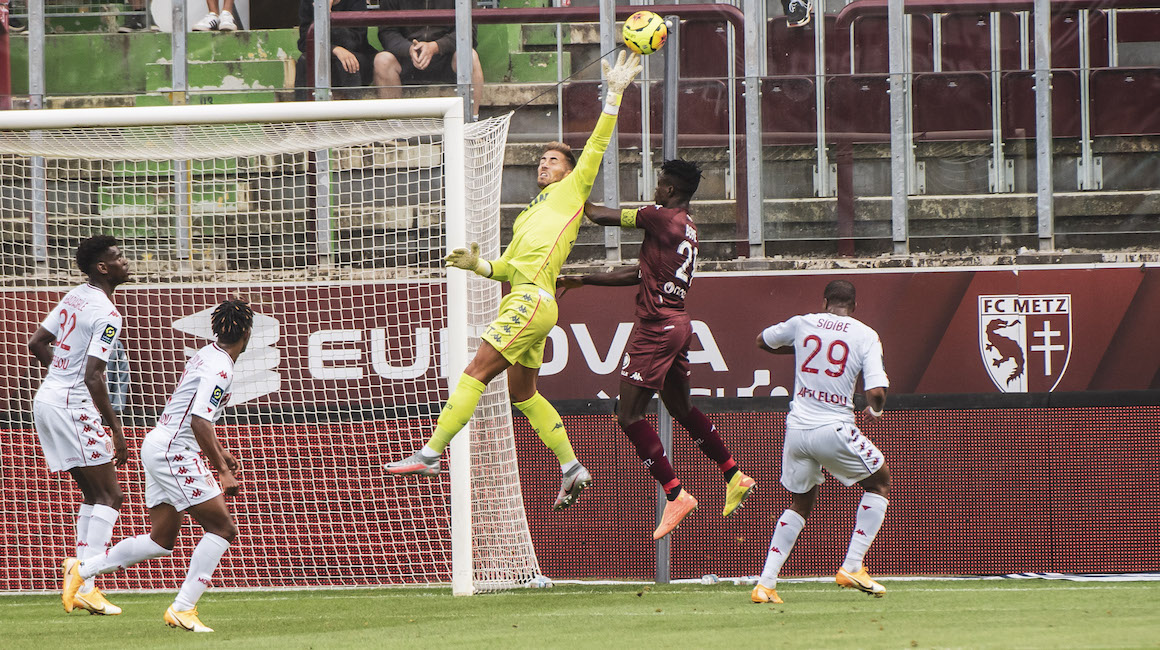 A courageous first win for AS Monaco in Metz

The reactions of Benjamin Lecomte and Niko Kovac
You elected Benjamin Lecomte MVP of AS Monaco's 1-0 win yesterday in Metz. The Red and White goalkeeper made many decisive saves to allow his team to keep their one goal lead.

The AS Monaco goalkeeper was inspired from the start to the end of the match. Benjamin Lecomte was called upon for the first time in the 16th minute of play when Farid Boulaya hit a free kick which he punched clear. The ASM goalkeeper came up big again a few moments later when Farid Boulaya, again, tried his luck by going for goal on a set piece. This time, Benjamin Lecomte dove to his right and tipped the ball behind for a corner just after it bounced in front of him

In the second half, the Red and White goalkeeper once again saved from Farid Boulaya by pushing back the Metz winger’s attempt for a corner. Benjamin Lecomte would then make three decisive stops to allow AS Monaco to head home with three points: on a header from Ibrahima Niane, first, where the striker hit a vicious ball that he tipped onto his bar, then on a header from Vincent Pajot at point-blank range and finally on a late free kick from Papa Yade.

*(in brackets, the number of total wins for the season)