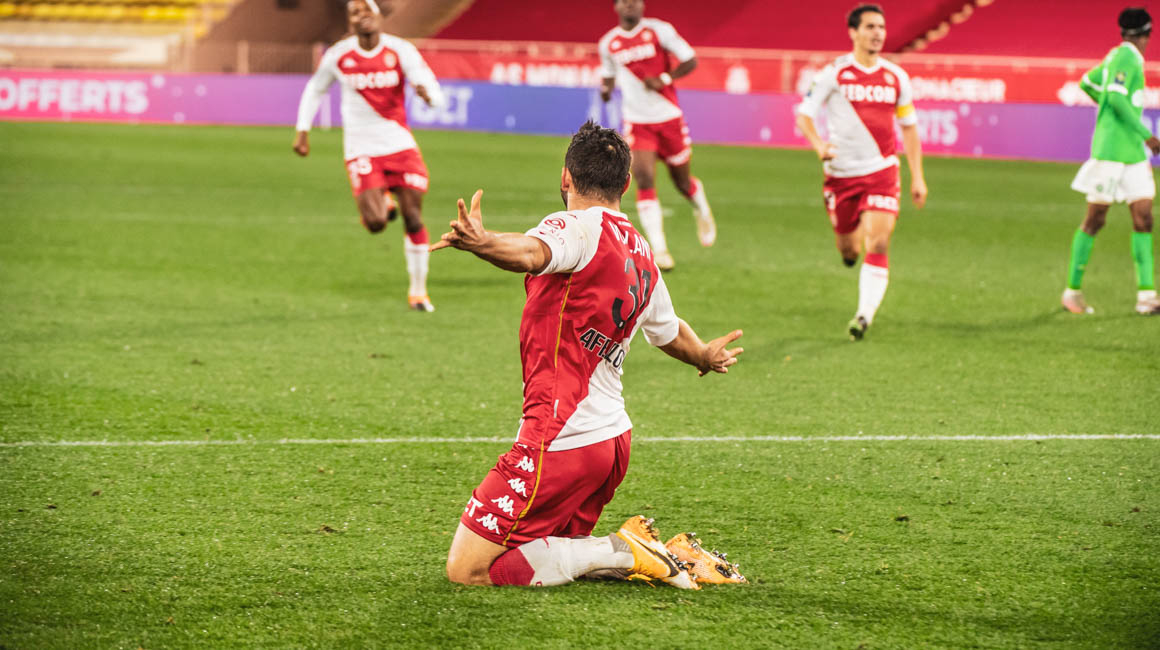 Kevin Volland is voted the November Player of the Month

Ben Yedder: "I believe in this team for the second part of the season"
Having scored two goals in the five Ligue 1 matches played over 17 days last month, our German striker was voted the Red and Whites' player of the month for December on the AS Monaco App.

Already having been voted November’s Player of the Month, Kevin Volland has done it again thanks to scoring two key goals in the final two matches of 2020. After scoring five goals in four games in November, the German forward once again came to the fore in December against Dijon to give Niko Kovac‘s Rouge et Blanc the victory (1-0).

Set up superbly by Wissam Ben Yedder following a silky one-two with Sofiane Diop and again with his captain, AS Monaco’s number 31 kept his cool to open the scoring in the 15th minute against Dijon for his sixth goal of the season, the third assisted by our France international Ben Yedder. Volland subsequently went on to earn a draw against Saint-Etienne, in a match which was played for a long spell with ten versus eleven, following an assist from Gelson Martins, the Portuguese winger showing class and vision to break the visitors’ defence (2-2).

Four points gained to round off 2020

Kevin Volland has reached the winter break with seven goals and three assists to his name, a remarkable return for a player taking his first steps in Ligue 1 and a promise of great things to come in 2021. Volland has developed a solid understanding with Wissam Ben Yedder and Gelson Martins, while showing himself to be clinical in the penalty area. Furthermore, his two goals in December helped AS Monaco grab four points, helping us to stay in touch with the European places in the top-flight standings.

The German striker received 63% of the votes on the AS Monaco App, finishing ahead of Sofiane Diop (21%), to grab his second Player of the Month award in a row. Bravo Kevin !