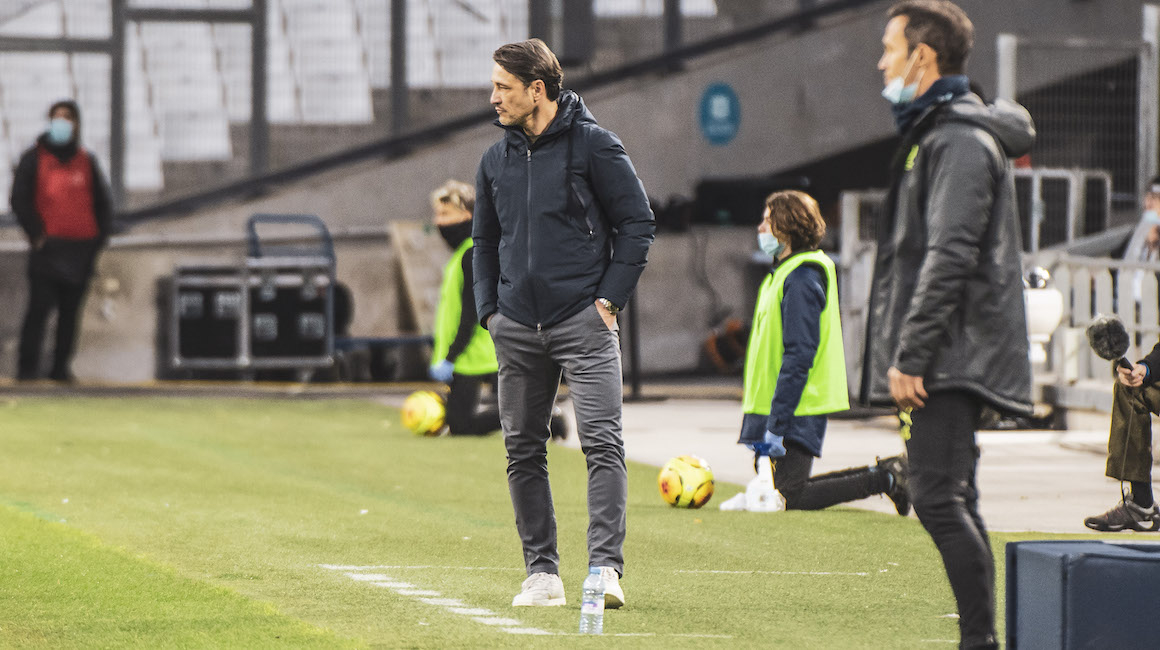 AS Monaco are beaten by a goal in Marseille

Loïs Manchon : "Passionné de l'AS Monaco depuis 2003"
The AS Monaco coach was obviously very disappointed after the Red and Whites lost at the Stade Véoldrome to Olympique de Marseille despite the end of the match being very close.

Infuriating. After a narrow defeat in Lille last weekend, the players of Niko Kovac lost again by the same score at the Stade Vélodrome against Olympique de Marseille (2-1). Florian Thauvin’s teammates scored on their only two shots on target of the match, offering a coolness in their finishing that punished the Red and Whites from the start, even if they did come back into the match thanks to captain Wissam Ben Yedder, who scored from the penalty spot. It was the seventh goal by the French international (11 caps, 2 goals) this season in Ligue 1, but unfortunately it was not enough. Disappointment was therefore the order of the day for the Monaco coach at the end of the match. Here are excerpts from his post-match press conference. 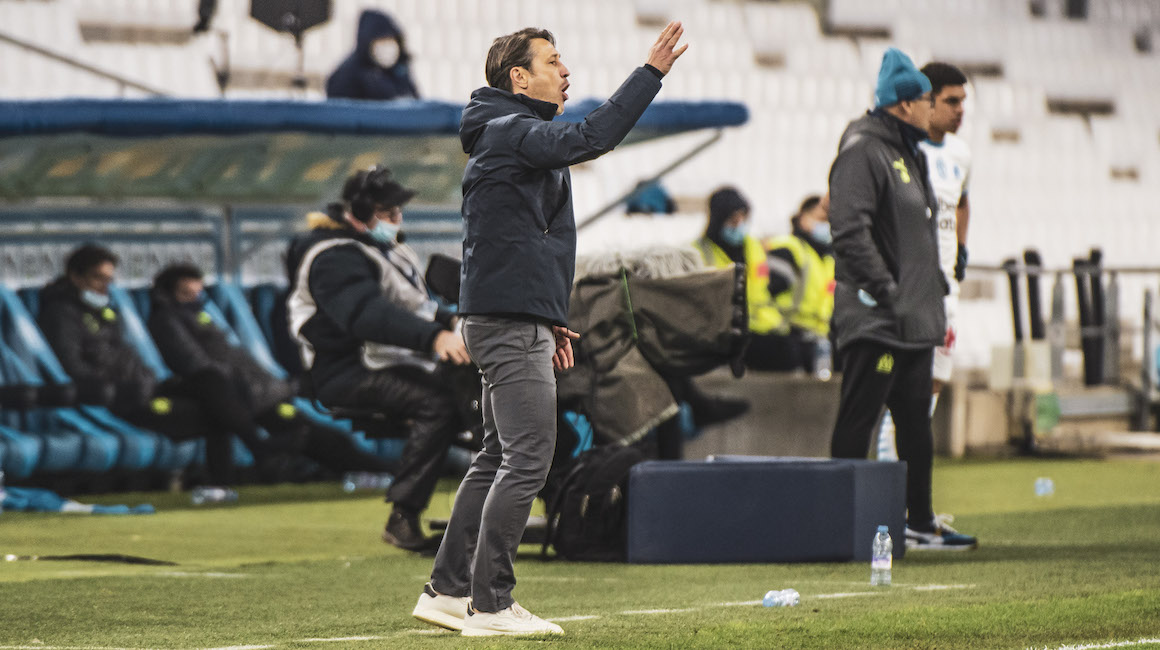 Coach, it seemed your team were struggling in the first half. How do you analyze this match?

I think we started this match really well. We had a great good opportunity from the start through Wissam. If we had scored, I think the game would have turned to our advantage. Then we conceded two goals from two shots in the first quarter of an hour, so that necessarily changed the face of the game. Until half-time the game was balanced. Then we really dominated the match in the second half, but Marseille defended very deep, playing really close to their area. We tried to come back into it in the dying minutes of the game, but it was not enough. The first fifteen minutes cost us too much.

How do you explain this lack of success in big matches?

Apart from Paris Saint-Germain, whom we beat at home, all the games we have lost to the “big guys” were away, against Rennes, Lyon, Lille and Marseille. We did win away to Nice, in the Derby. It’s difficult to play away from home as I think we are a bit lacking in experience. As in the last match, we conceded two goals from two shots on target. Sometimes you just need to be a little more lucky, and not all of your opponent’s chances end up in the back of the net. It was the same last weekend. We need to work on this, to reduce the number of mistakes, and to prevent our opponents from scoring with every shot. 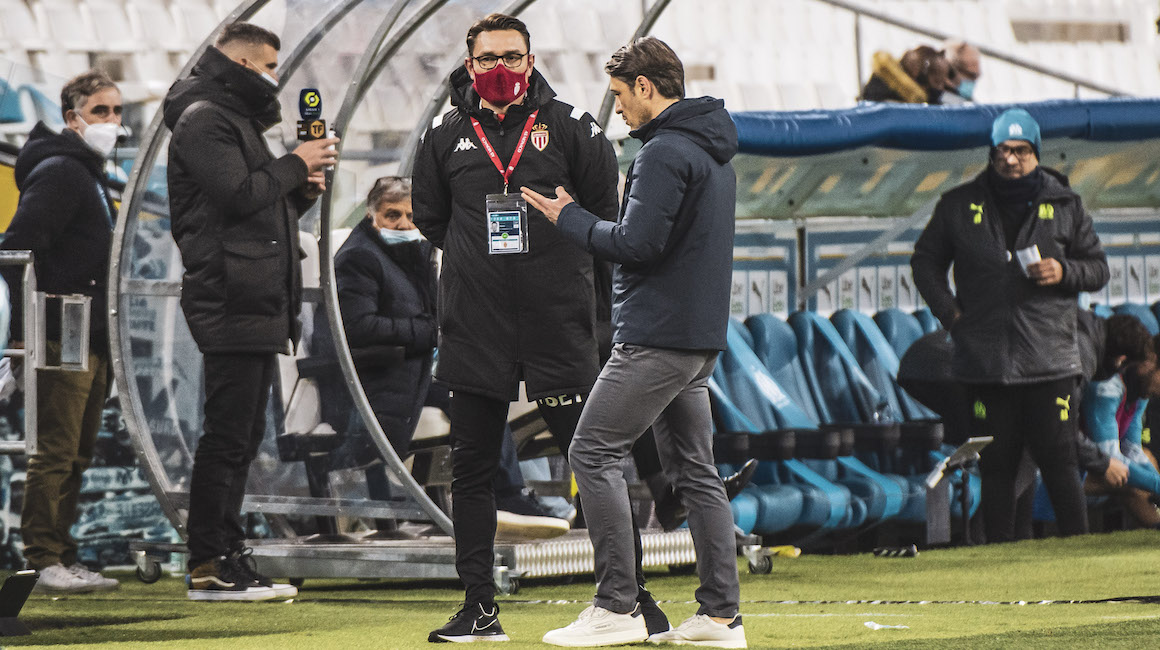 Marseille played in a 4-4-2 diamond, but Florian Thauvin was not just the second striker. He was moving everywhere on the pitch, much like Michaël Cuisance. For me, Dario Benedetto was the only striker and Thauvin dropped back into midfield. We should have closed him down more and prevented him from coming to get the ball. He received the ball and was free to break forward.
Niko Kovac Manager, AS Monaco

Did you have any difficulties with OM’s two-striker system?

Marseille played in a 4-4-2 diamond, but Florian Thauvin was not just the second striker. He was moving everywhere on the pitch, much like Michaël Cuisance. For me, Dario Benedetto was the only striker and Thauvin dropped back into midfield. We should have closed him down more and prevented him from coming to get the ball. He received the ball and was free to break forward. In the second half we also played a diamond after the first 20 minutes. I think it was better, but the problem was honestly not tactical. I think throughout the game we were better, but when you lose, you always feel like everything went wrong.

Why did you take off Benoît Badiashile at halftime?

For me, Benoît has played a lot of games, every game even since the start of the season with us and with the French U-21s. That’s why I decided to bring on Guillermo Maripan at half-time, so that he has the opportunity to play, to accumulate some minutes ahead of the next matches. And he made a good appearance. I think Benoît and Caio were tired, that’s why I decided to make the changes.

Is playing a 4-4-2 getting too predictable, to the point where you can’t turn things around?

If I look at the number of goals we’ve scored this season, I think we have the second-best attack in the league. We are attacking very well, I don’t think that’s the problem. The problem is more at the back, I think, because we still concede too many avoidable goals. Again if we reduce the number of mistakes we make, we will be more successful. If we couldn’t score I would say it would be problematic, but it is not the case currently. So I don’t agree with this idea. 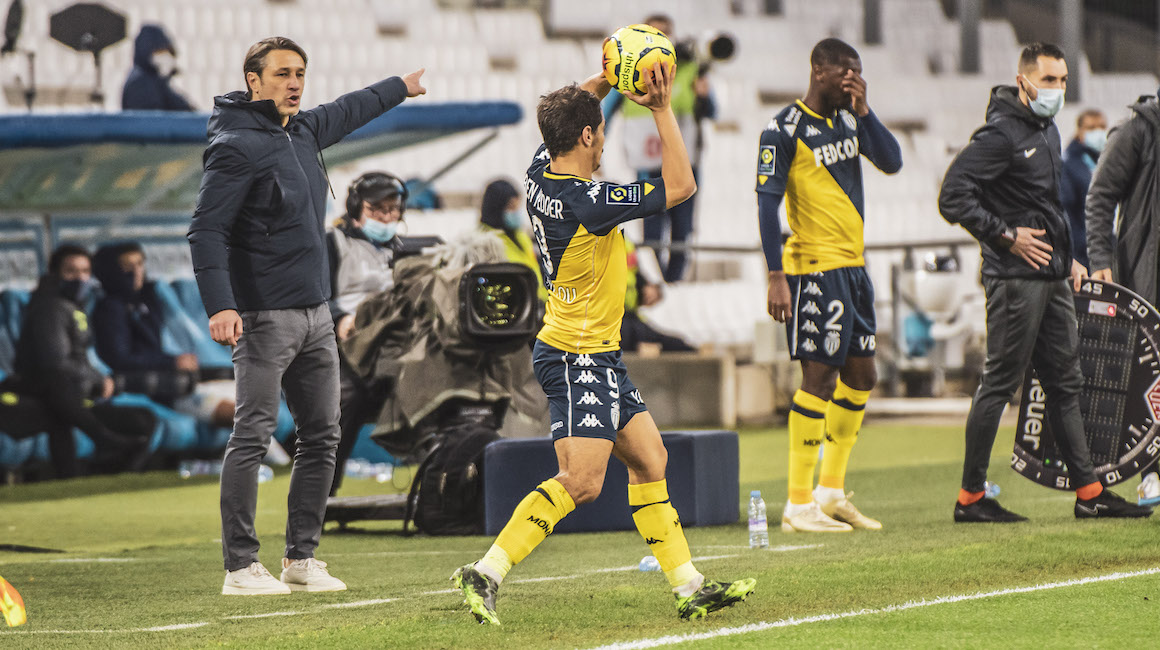 We need to have a stronger defense, because in Ligue 1, when you make a mistake, it's immediately punished with a goal. We are in one of the five big European leagues, and therefore there are always very good forwards. We have to work on this but I'm not worried, my players will improve, I'm sure.
Niko KovacManager, AS Monaco

Isn’t that a problem with the system on the road?

We have played 4-3-3, 4-4-2, and 4-2-3-1 away from home, so again I don’t think it’s a tactical issue. The important thing as I always say is not the system, but how you actually play it. We need to have a stronger defense, because in Ligue 1, when you make a mistake, it’s immediately punished with a goal. We are in one of the five big European leagues, and therefore there are always very good forwards. We have to work on this but I’m not worried, my players will improve, I’m sure.

How can some players be tired when OM are playing every three days?

I only said that two players were a little tired from the sequence of games, Benoît and Caio. I repeat, Caio is coming back from six months without playing, from an injury, and he also contracted COVID-19. As for the rest, you saw with your own eyes, we ran a lot and covered a lot of ground for 96 minutes, until the last second.

What is the reason for the absence of Florentino Luis?

He needs a little time to get up to speed. My players are all working hard, and I have to make decisions. Cesc was unfortunately injured for this game but I have found Enzo and Eliot to have done very well in training. They were in better shape this week, so that’s why I decided to bring them on the trip. 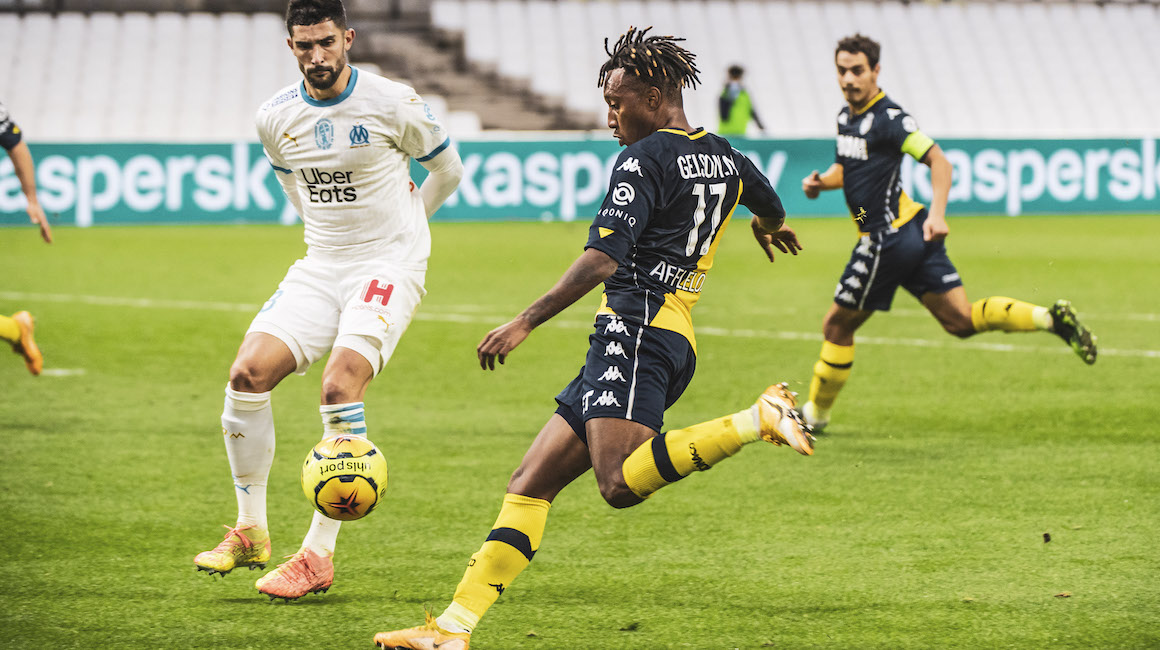 “The two matches, in Lille and today in Marseille, were similar because they were won and lost in the details. We have to build on the good things that we have produced and continue to work to come back into form, and keep doing more, myself first of all. We played two big teams in the league and we have to lift our heads together. We are lucky to have a squad that is deep and those who have played less will be able to help us over time.”