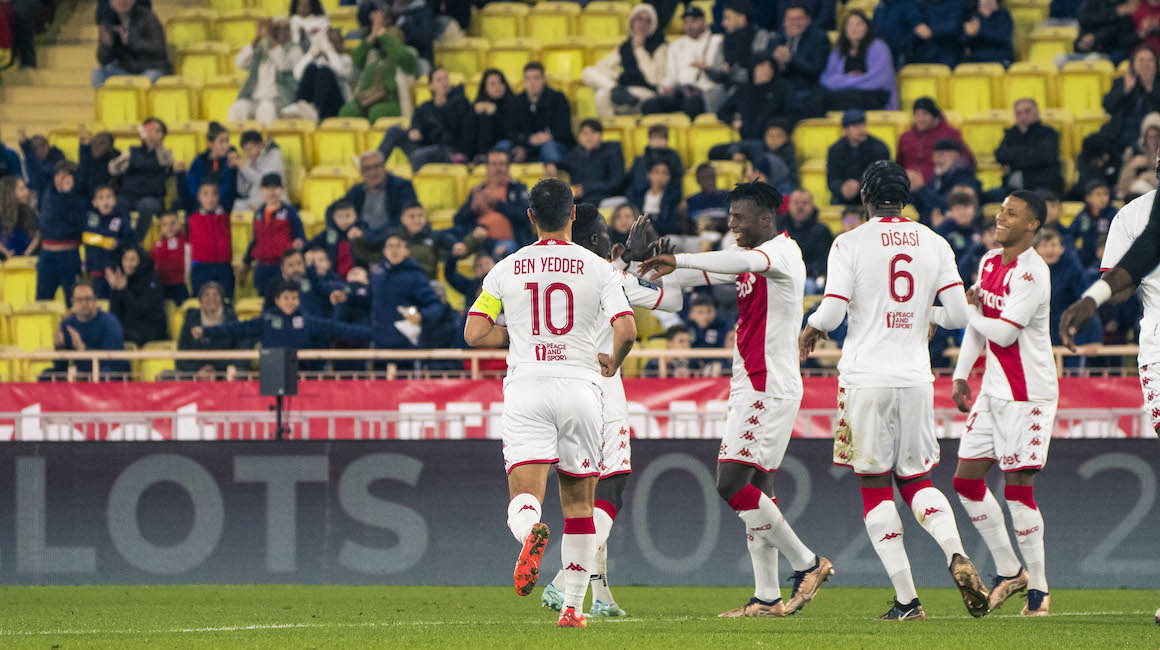 After a big win against AC Ajaccio (7-1) as part of the 19th matchday in Ligue 1, here are the statistics to remember following the team's biggest victory of the season, thanks to our partner Opta.

It was a dazzling victory! Against AC Ajaccio this Sunday at the Stade Louis-II, AS Monaco recorded a resounding win (7-1) to move into fourth place for the first time this season. After the match, along with our partner Opta, we look back at the key statistics from the match. 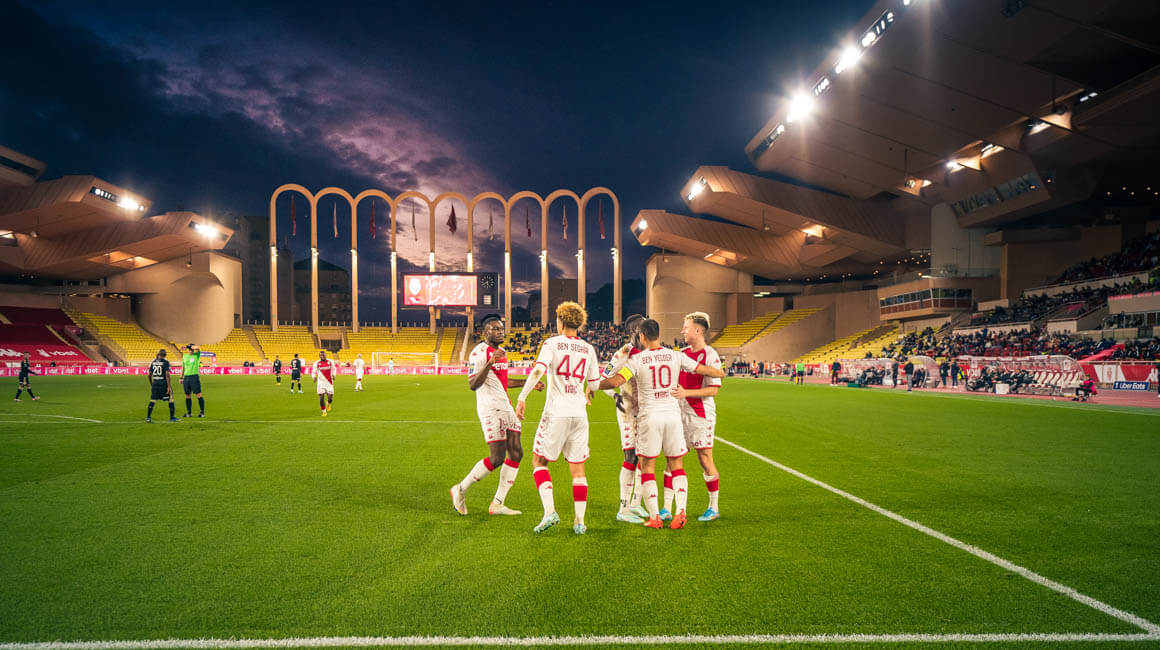 AS Monaco have won ten of their last fourteen in Ligue 1 since the beginning of September (two draws, two defeats), only PSG have done better over this period (11). Since the resumption of the league season, the Rouge et Blanc have been in top form: of their four matches, they have won three, and snatched a draw away to Lorient after having hit the woodwork three times. Solid. 🧱

The Rouge et Blanc scored five goals in the first 35 minutes of a Ligue 1 match for the first time since August 28, 1984 against Metz (7-0 was the final score that day). With two goals in the first six minutes thanks to Axel Disasi and Krépin Diatta the tone was set. Captain Wiss‘ took care of the rest with a hat-trick in fourteen minutes. Domination. 🦾

The Club now has two players with ten or more goals in Ligue 1 this season (eleven for Wissam Ben Yedder and ten for Breel Embolo) — only PSG have done as well among the teams in the top ten leagues in the UEFA rankings for 2022-2023. Since the resumption of the season, our two attackers have simply been unstoppable, with five goals for Wissam Ben Yedder, and three for Breel Embolo. Moreover, our number 36 has already surpassed his best goal tally in a season. Clinical. ✅ 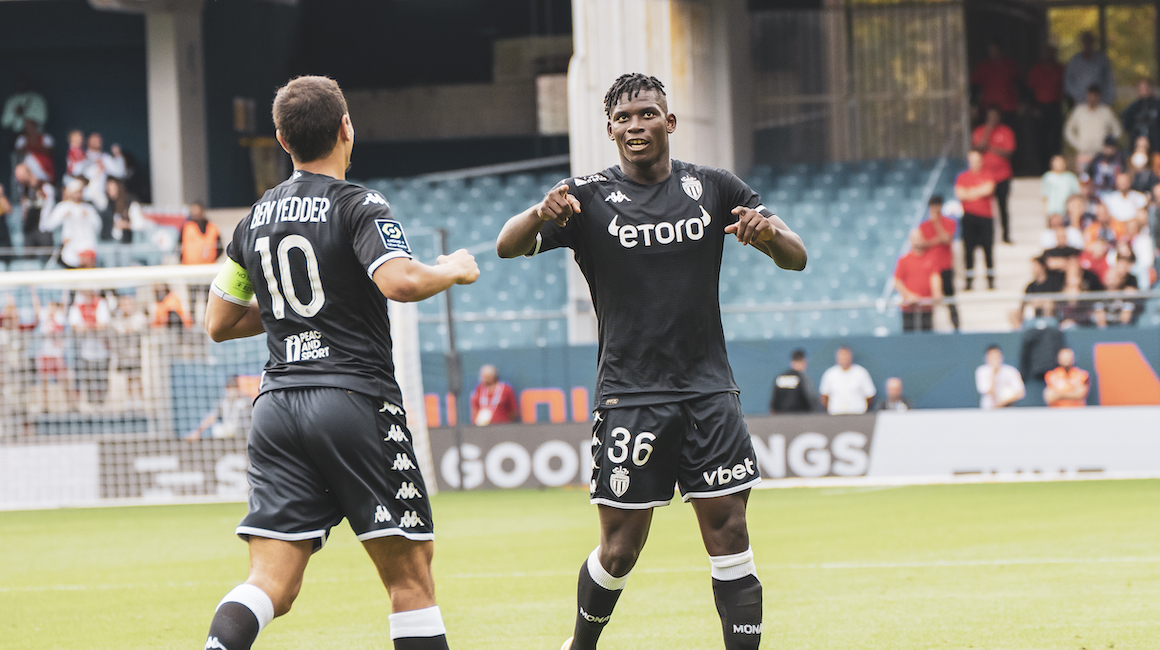 Wissam to the power of 6️⃣

Our number 10 recorded his sixth hat-trick in Ligue 1 (three with Toulouse, three with AS Monaco) — only Kylian Mbappé and Zlatan Ibrahimovic have had more in the 21st century (seven each). It should also be noted that he has scored two of the fourteen fastest hat-tricks in the history of the championship (in ten minutes on May 14, 2022 against Brest, and in fourteen minutes this Sunday January 15 against Ajaccio). Flash. ⚡️

By ideally picking out his captain yesterday afternoon, Aleksandr Golovin recorded his 25th assist in Ligue 1 with AS Monaco. Only João Moutinho, with 26, has done better since Opta have began analyzing the league (2006-2007). Perfection. 🍬 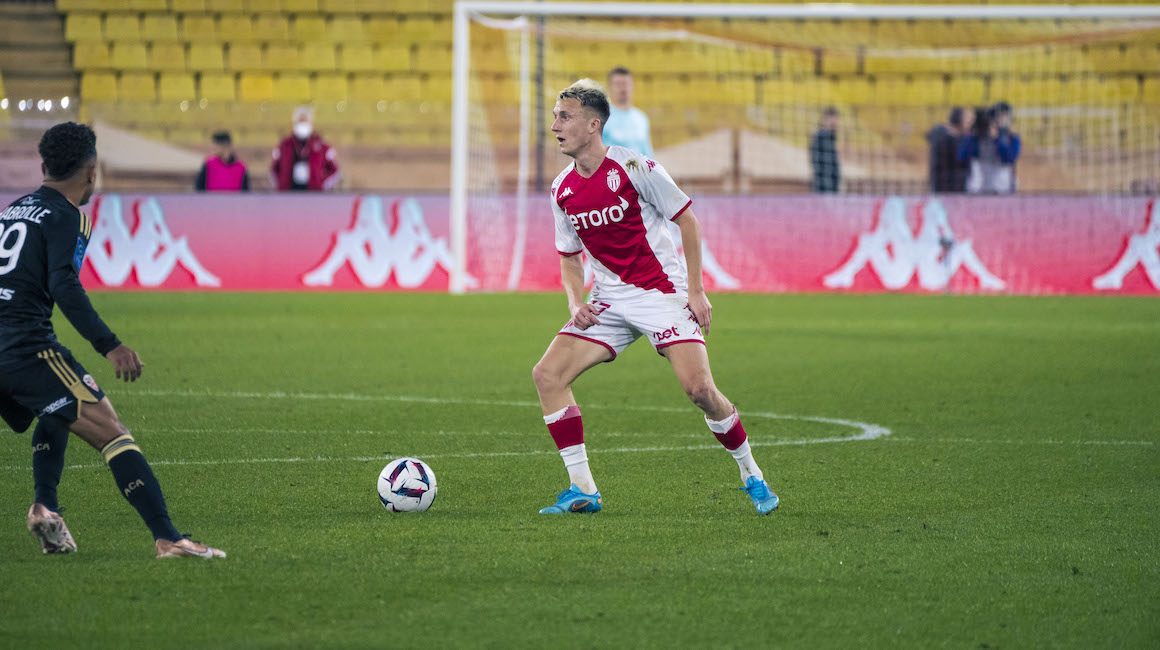 Our number 27 scored and assisted in a league match for the first time since October 6, 2019 with Club Brugge in the Jupiler Pro League against Gent (one goal, one assist at that point as well). This was his first assist with AS Monaco in Ligue 1. Chef. 🇸🇳