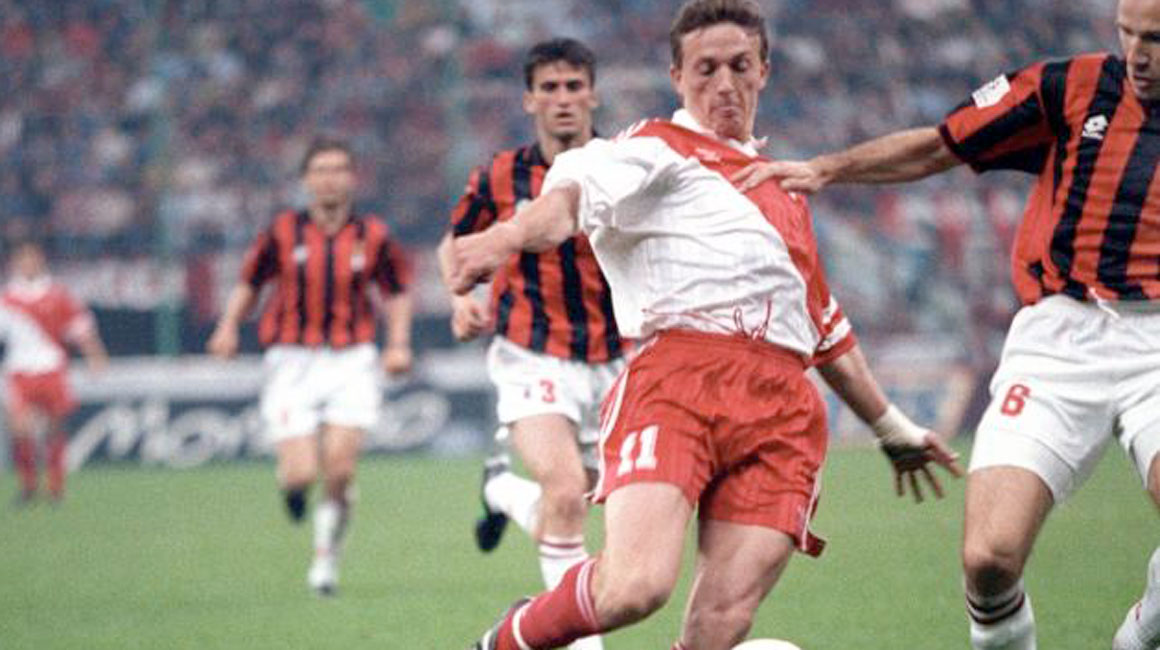 Before Sunday's trip to Saint-Etienne, the WAG of the week takes us back 24 years, when AS Monaco won 2-4 at the Geoffroy-Guichard, with this very nice goal from Laurent Viaud.

The versatile midfielder scored only 5 goals in 121 games with AS Monaco, but this match is worth the detour. It’s September 21, 1995 and AS Monaco are playing in Saint-Étienne on the 10th day of the championship. Stephanois striker Didier Timothée opened the scoring in the 39th minute, but following a penalty from Mickaël Madar, Ali Bernarbia equalized just before the break.

It was five minutes upon their return from the locker room that the Red and Whites took the match in hand. Meanwhile, Laurent Viaud replaced Patrick Blondeau at right-back on the hour of play (61st). It only took him four minutes to be decisive a first time in this meeting. In the 65th, his cross from the right wing is well-hit by Mickaël Madar, who notched himself a double in the next minute by finishing a cross from Emmanuel Petit, from the left side this time.

AS Monaco had made their breakthrough and would seal the game in the 70th minute. Picked out by Ali Benarbia, Christopher Wreh is in contact with Grégory Coupet, off his line. The Liberian striker tested the Sainté goalkeeper, who thinks that the ball will go out of touch and was slow to react. It was then that Laurent Viaud appeared along the line and hammered the ball home with a sublime touch. After a long and slow trajectory, his arcing shot lands in the goal with the help of the right post. With this goal full of opportunism and “vision”, AS Monaco leads1-4. Thimothée’s double in the 76th minute will not change the outcome of this encounter won by the Red and Whites.

Four points off the champion Auxerre

At the end of this 1995-1996 season, AS Monaco finished third in the championship, tied with PSG, albeit behind the capital side on goal difference, and four points behind AJ Auxerre, who won their first and only title. Jean Tigana and his men would be on  top of the podium the following season, while Saint-Etienne would fight in D2 after finishing next-to-last that season.