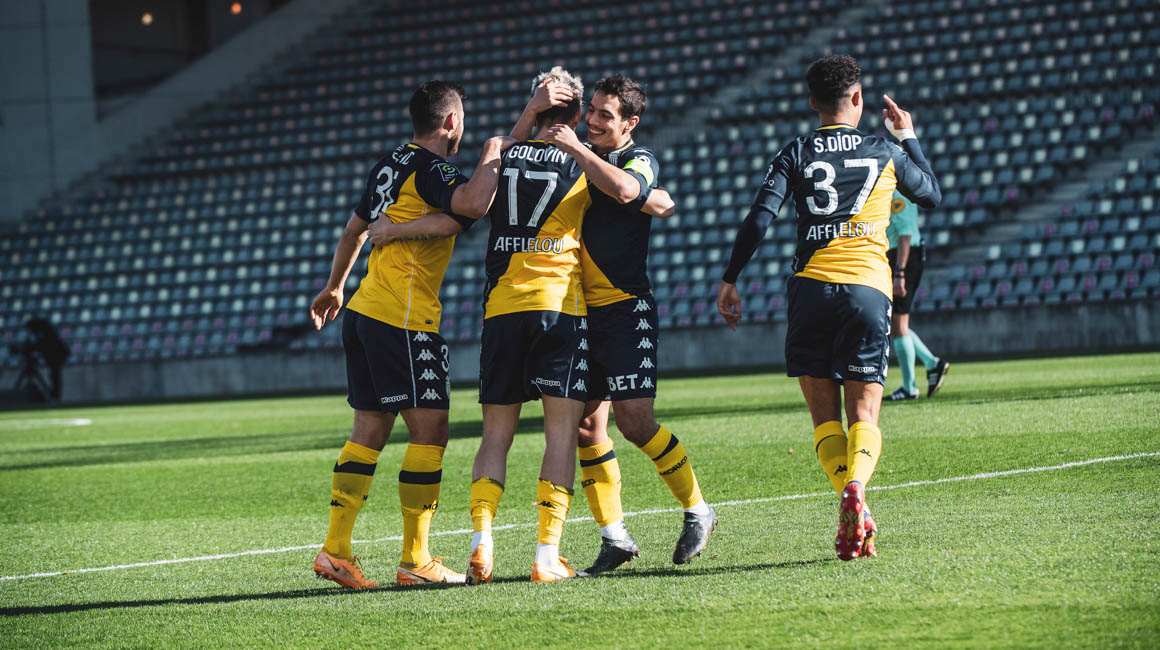 Why AS Monaco have been a hit from set pieces

Les 10 stats' qu'il faut retenir avant le déplacement à Nîmes
Winners of their seventh game in a row in Nîmes (4-3), the Rouge et Blanc have had the best start in the history of the Principality club to a calendar year. Just how they've done it is here in a few stats.

It was not the most successful match of the series. And yet, Niko Kovac’s men recorded a seventh straight win Nîmes (4-3), keeping up the run they’ve been on since the start of 2021. It was a result that inevitably bears the mark of Aleksandr Golovin, who scored a hat trick and added an assist on the fourth goal, scored by Kevin Volland. This earned the Monaco number 17 an appearance in L’Équipe’s team of the Round for Matchday 24, with a mark of 9 from the sports daily.

But beyond this personal highlight, it’s as a collective that the team has been a hit in the new year. Even when the opponent manages to score against the Red and Whites, they are even more prolific. After this seventh straight win, the teammates of Fodé Ballo-Touré, who had two assists in the Gard, have moved ten points clear of the 5th-placed side in Ligue 1, Rennes, the Bretons having a match in hand.

It’s a gap that can be explained in numbers. Here’s a look at the key statistics after the trip to Nîmes, courtesy of our partner STATS. 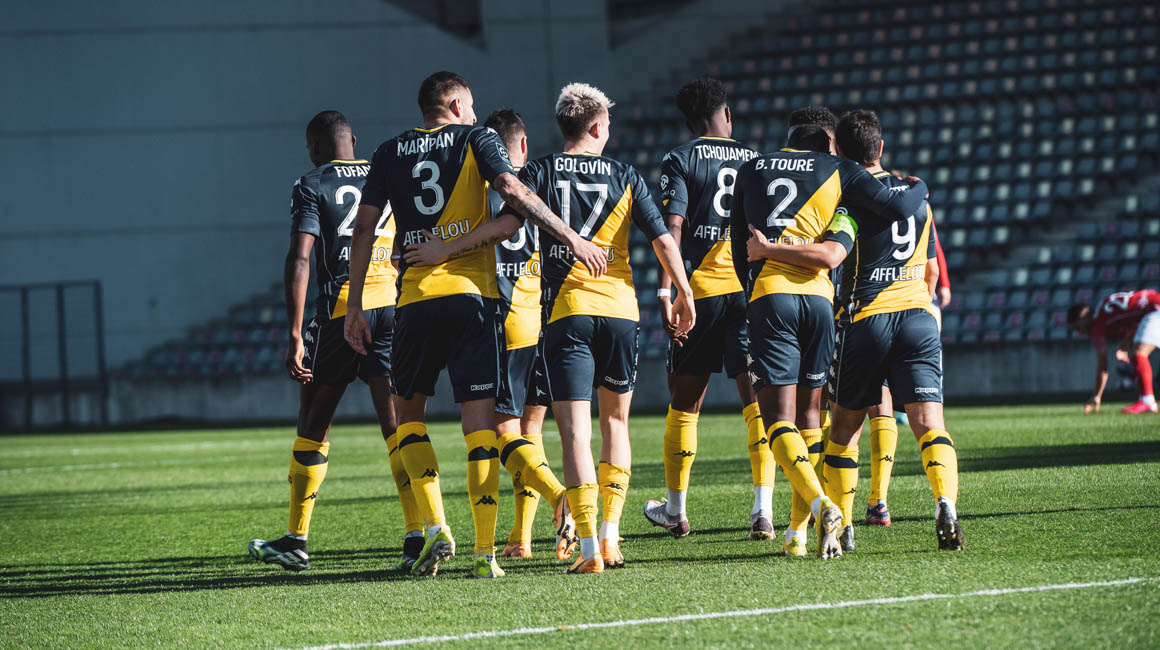 7 victories in a row

AS Monaco have won their first seven matches of the calendar year in Ligue 1 for the first time in their history — these 21 points out of 21 possible, is the league’s best current run. They are only the third team to achieve this in the history of the first division, following Strasbourg in 1935 and Reims in 1949.

5 away wins in a row

The Rouge et Blanc have won their last five trips in the French top flight. Only Lille are on a better run currently (6). It’s the club’s best away run since February-August 2017 (8).

Niko Kovac‘s side have scored 22 Ligue 1 goals in 2021, more than any other team in the five major European leagues over the period. That’s 3.1 goals per match, on average, over the period. AS Monaco have also scored four or more goals in two of their last four top-flight away trips… as many as in their previous 56.

Aleksandr Golovin’s teammates have also scored three times directly from a free kick in Ligue 1 en 2021. After Stevan Jovetic against Marseille on January 23 and Wissam Ben Yedder against Nice in the 100th derby on February 3, It was the Russia international who stood out on Sunday. Three goals direectly from set pieces is in any case also more than any other team in the five big European leagues. Before the first of these, AS Monaco had not scored directly from a free kick since November 24, 2018, with Radamel Falcao getting the goal.

We’re repeating ourselves, but it’s become the specialty of the Red and Whites this season. Statistics show that AS Monaco have scored 23 goals from set pieces since August, out of the 50 scored in all by Niko Kovac’s players (46%). It’s been even more the case since start of the year, as 13 of the 22 goals scored in 2021 have been from set pieces (59%).

It’s true that I was surprised to see him take the free kick, I thought Cesc was going to take it. I know Golo's shooting and passing quality, I asked him to take it. Maybe that’s an assist for me today (smiles).
Niko KovacOn Aleksandr Golovin's free kick

The Tsar also scored the first hat trick of his career in Ligue 1 and for AS Monaco (64 appearances). At the same time he became the first player for the Principality side to do as much in Ligue 1 since Radamel Falcao, again against Dijon on August 13, 2017. He also became the first Russian player to score at least three goals during a match in the history of Ligue 1. 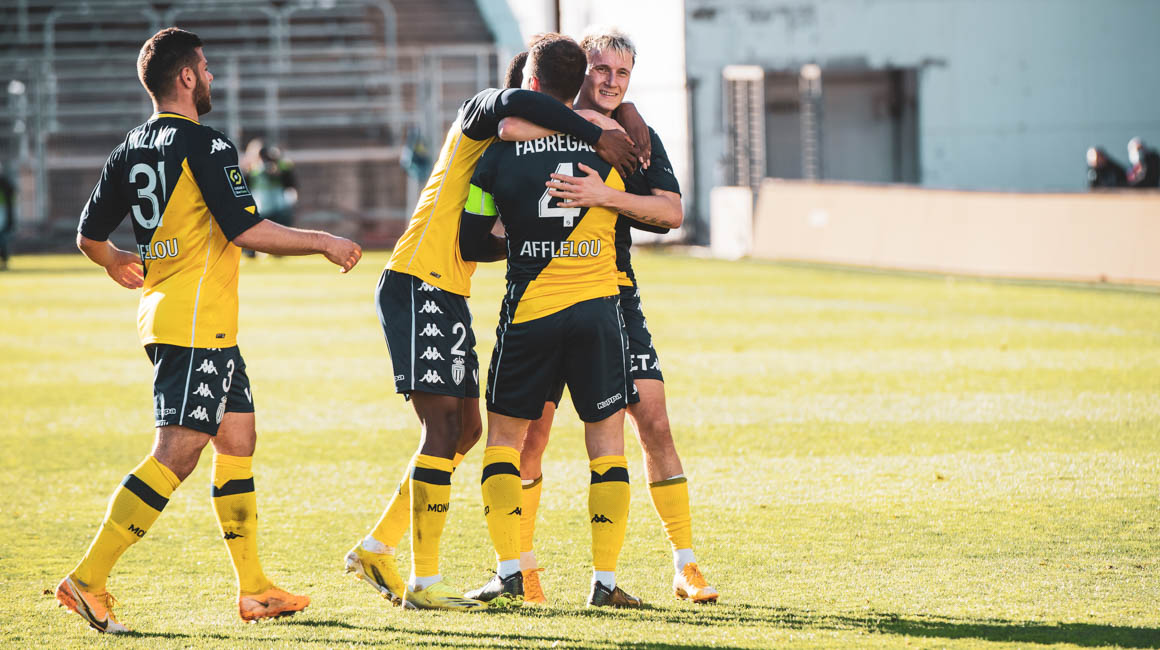 Of Aleksandr Golovin’s four Ligue 1 goals in 2021, none of them can be called predictable. If we go by the famous statistic of expected goals, the metric of each of the four goals in question only adds up to an total of 0.18. In other words, the Monaco winger had on average only a 4.5% chance of scoring each time he did so, making his achievements unpredictable.

Since the start of November 2020, Kevin Volland has scored 12 goals in Ligue 1. Only Cristiano Ronaldo, André Silva (13 each) and Robert Lewandowski (14) have done better in the five major European leagues over the same period. The Monegasque number 31 has even converted ten of his last 14 shots on target in the top flight. With five goals, he is the Red & Whites’ top scorer in 2021. 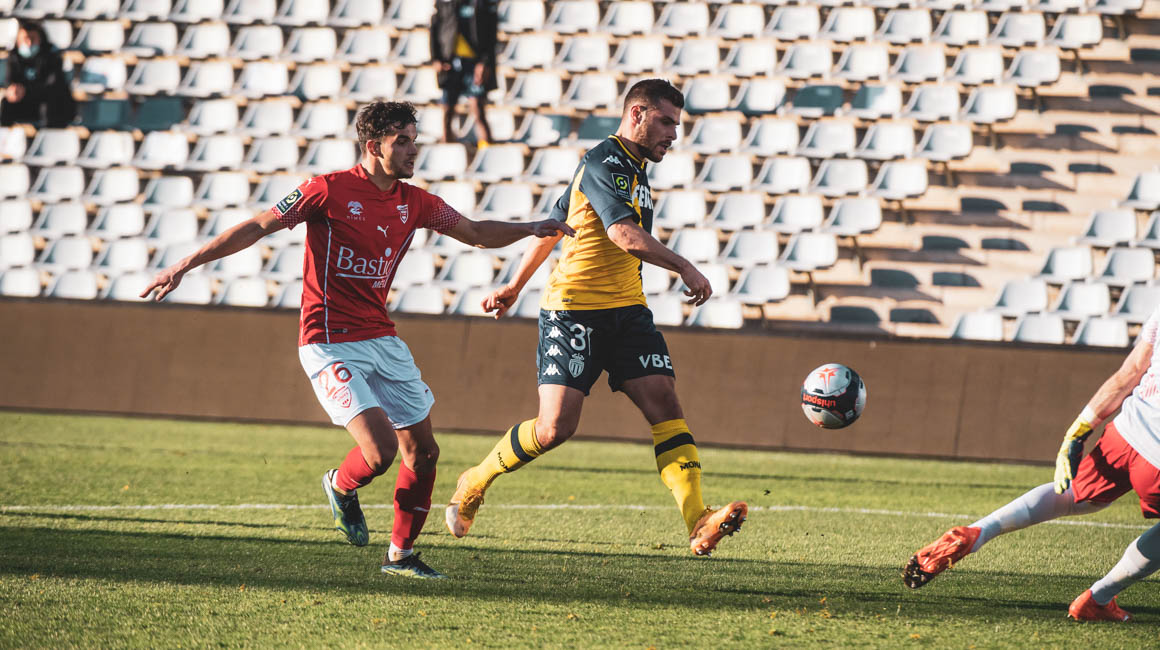 But it’s not just the German forward who is in good form. AS Monaco have had four players score at least four goals in the seven matches played in 2021: Kevin Volland (5), Wissam Ben Yedder, Aleksandr Golovin and Guillermo Maripán, named the club’s player of the month for January (4 each), proof that the danger comes from everywhere. 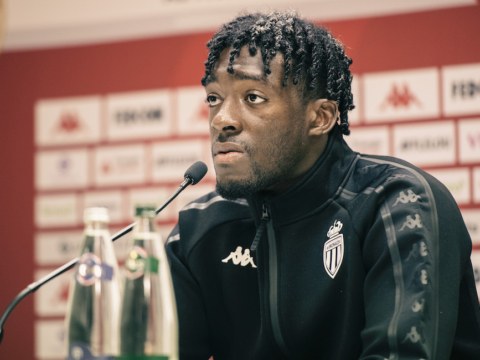 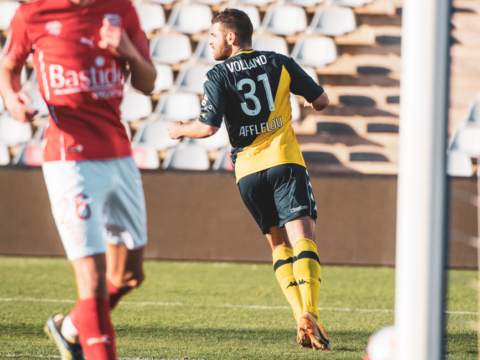