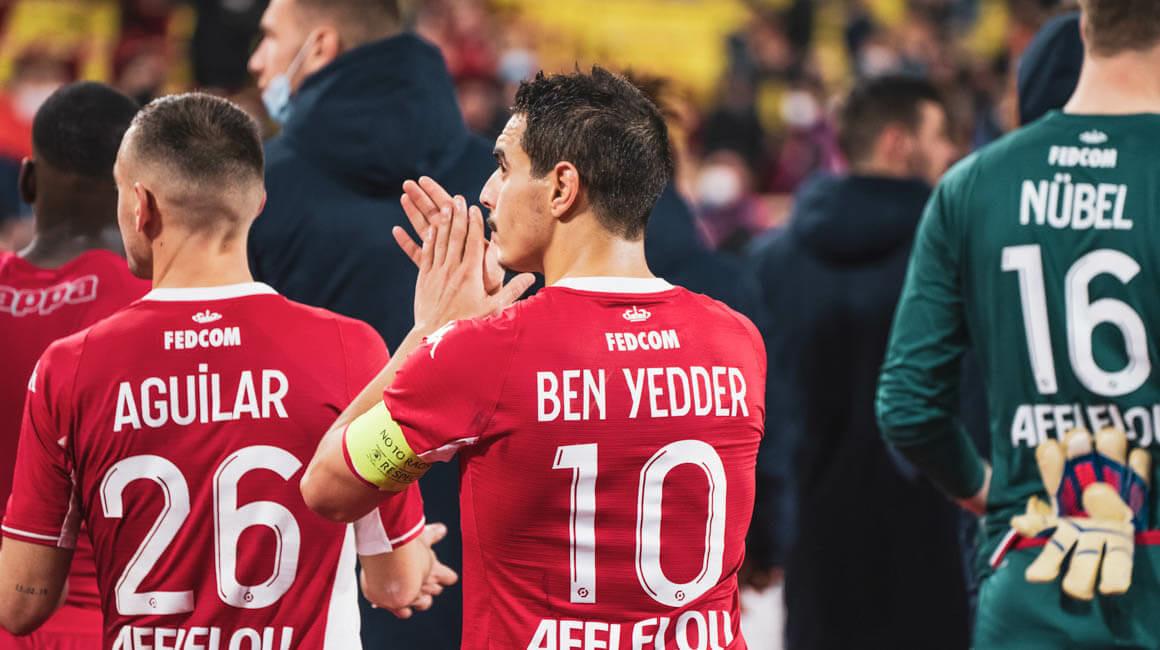 With a goal and an assist, the Monegasque striker was elected MVP of the match against OL (2-0) by you, the Rouge et Blanc supporters on the AS Monaco App.

Ah yes, yes, yes… it’s four in a row! Being the great champion that he is, Wissam Ben Yedder hasn’t hesitated to rack up the high-flying performances and awards. For the fourth time in a row, he has just been selected as MVP of the match by you, the Rouge et Blanc fans on the AS Monaco App, with 76% of the vote, ahead of Aurélien Tchouameni and Axel Disasi.

Our captain, who recently elected MVP of the month for January, produced a major performance on Saturday evening during the win over OL (2-0). In the 2nd minute, he sent a very fine cross for Jean Lucas to head home to open the scoring. It was the fourth assist of the season in the league for “Captain Wissam”, who did not stop there.

Involved in all of the team’s good moves, the French international doubled the lead for his team in the 27th minute, on a deep pass from Sofiane Diop. Breaking into the area, Wissam Ben Yedder beat Anthony Lopes with his specialty, a sublime chip. It was his 14th goal of the season in Ligue 1, of which he is top scorer. Once again, congratulations Wissam!

* Download the AS Monaco App  (Google Play and Apple Store)