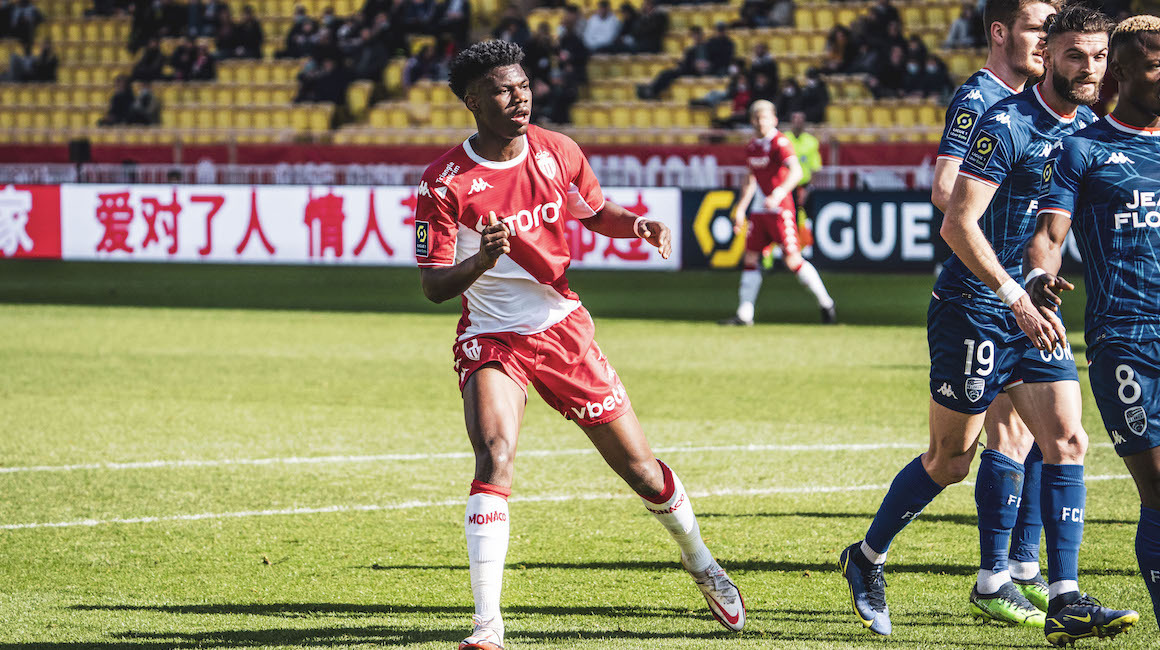 Author of a solid performance, despite there only being by AS Monaco against the Bretons (0-0), the Monegasque midfielder was named man of the match by you, the fans of the Rouge et Blanc, on the AS Monaco App.

Like his teammates, he was emotionless at the final whistle, frustrated by having drawn (0-0). Against a team from Lorient that packed the midfield, the players of AS Monaco, led by Aurélien Tchouameni, who was, as always, very active in the heart of midfield, did not manage to find a solution. Scorer on a volley last week in the Coupe de France against Amiens (a 2-0 win), the Monegasque number 8 was hardly idle here.

✊ On the hunt for the opener.

Now playing slightly deeper, just in front of the defense, to help secure the Rouge et Blanc rearguard, the French international (7 caps) was once again active on all fronts. He was the player with the most touches in this match, tied with Caio Henrique (91). With 10 balls won and four interceptions, in addition to three successful tackles, he was also the player who made the most recoveries, and to this must be added his physical dominance, as he won 11 duels and five headers.

…who also gets forward!

But Tchouam’ was not content to only defend against the Bretons, as he also completed ten passes in the final third.. He also made three crosses, created a goalscoring opportunity and attempted two shots in a match which was played at a reductive pace owing to the tactics of Lorient. It was thus a great performance for “The octopus”, who was named MVP of the match by you, the fans of  the Rouge et Blanc, who voted on the AS Monaco App.

With 37% of the vote, he finished ahead of the young Brazilian Vanderson (21%), who also created two great chacnes. Aurélien thus won his ninth man of the match award this season, and is now tied with our captain, Wissam Ben Yedder. Bravo to him!