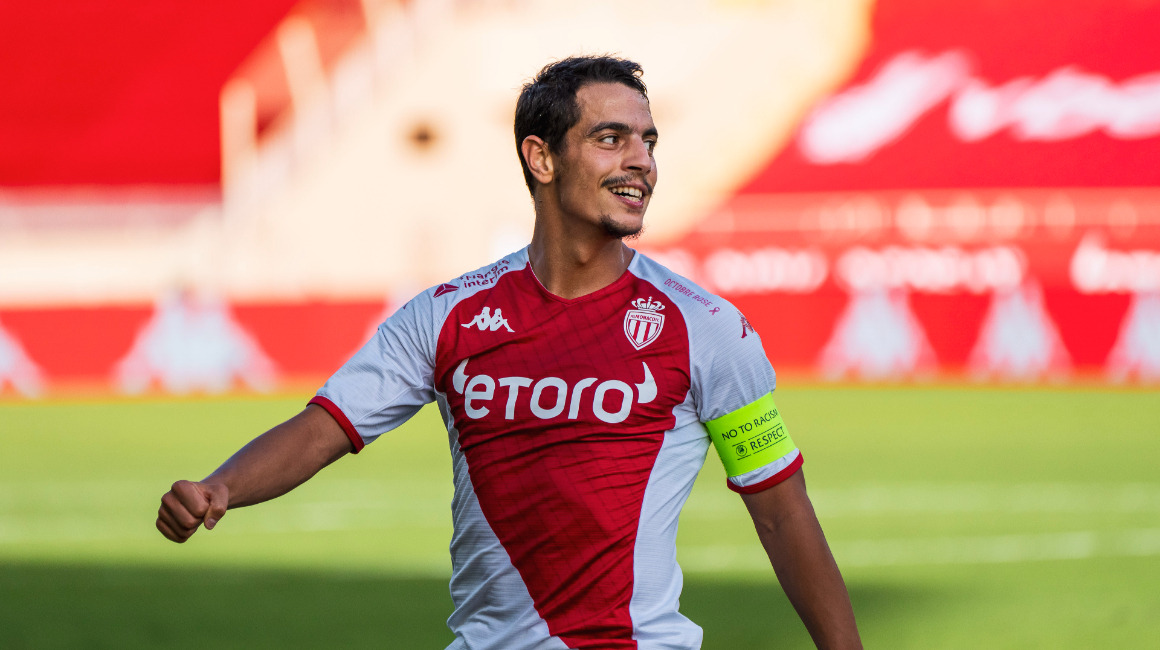 Scorer of a magnificent hat-trick, the captain of the Rouge et Blanc was voted MVP after a great win against Nantes (4-1), with 95% of the votes on the AS Monaco App.

He did everything to entertain the supporters at the Stade Louis-II! This Sunday, during the team’s big win against Nantes (4-1), Wissam Ben Yedder was simply on fire, scoring his first hat-trick of the season. 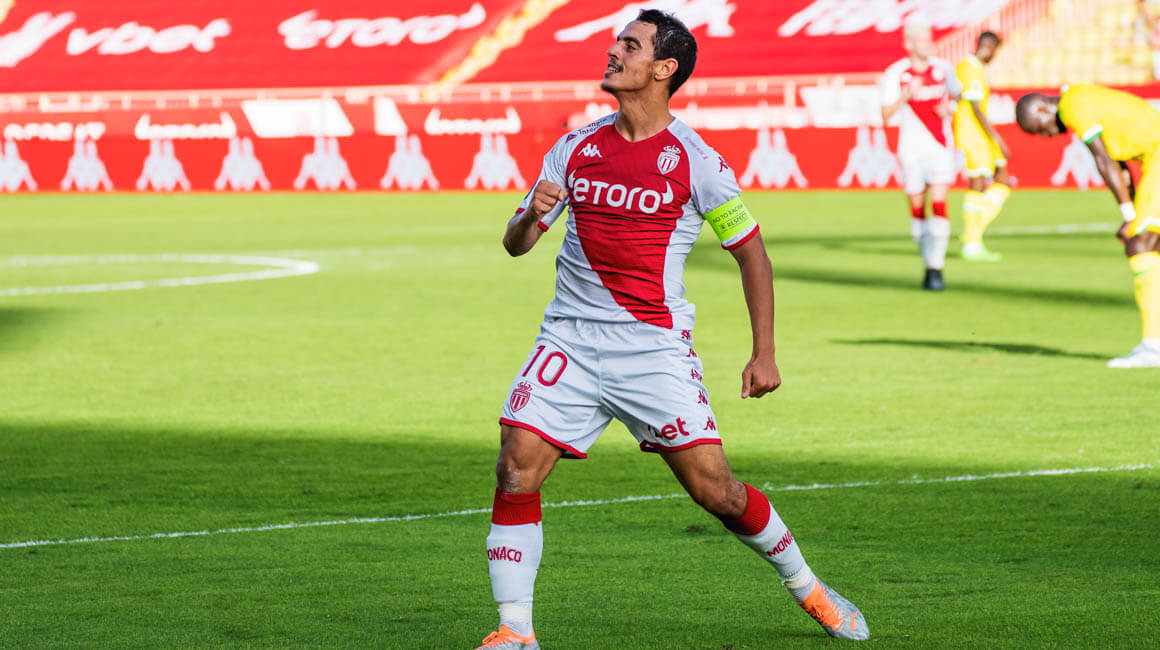 Back with his specialty!

And his individual masterclass began in the 2nd minute since his shot, initially saved by Alban Lafont, fell to Breel Embolo, who finished with a header. Then he doubled the lead just four minutes later with his specialty (6′).

😮‍💨 @WissBenYedder at his very best!

I try to play on instinct. As I have already explained, when I am facing the goalkeeper, my first idea is to take the time to analyze his movement, and to decide at the last moment. Tonight it worked for me, so that's good!
Wissam Ben YedderAS Monaco striker

Played on by the Swiss striker, he found himself facing the Nantes goalkeeper and he beat him a sublime chipped ball which went in off the right post. He then concluded his perfect first half with an unstoppable shot into the top corner, following an express counter-attack led by Youssouf Fofana and Aleksandr Golovin (28′).

On target again from the spot

After those two goals there was a third on the hour mark on a penalty kick against Alban Lafont. A true specialist in the exercise, he’s converted 22 of the 24 penalties he has attempted with AS Monaco in Ligue 1. Since his making his debut in Rouge et Blanc in 2019-2020, only Ciro Immobile has scored more often from the spot among the players of the five major European leagues. 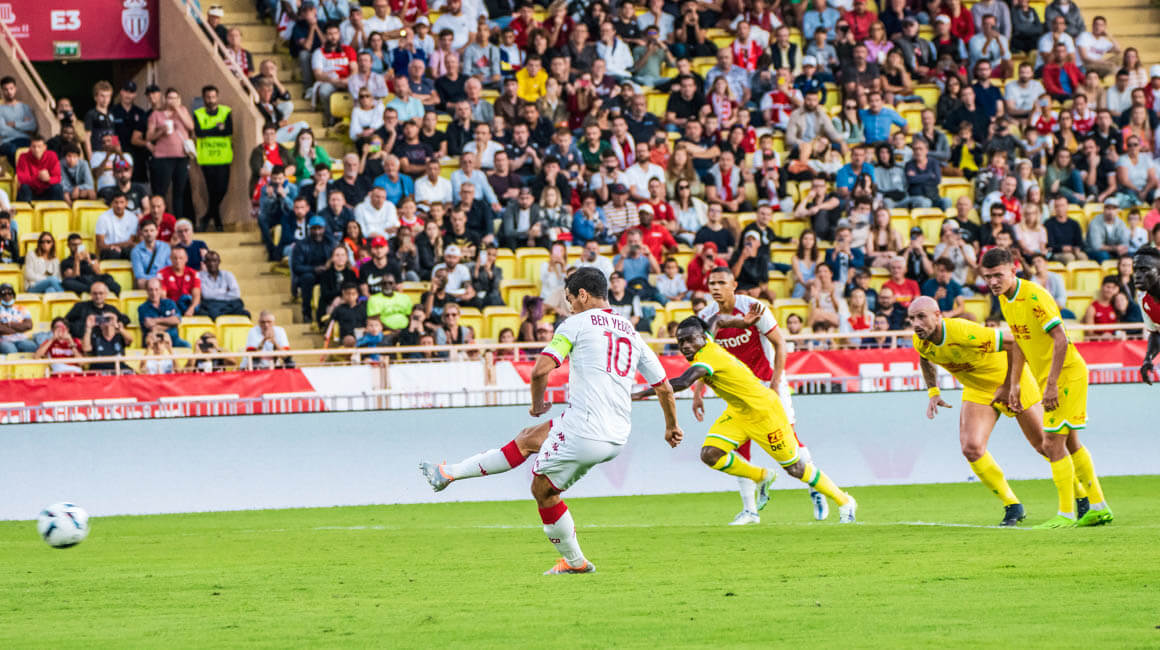 Already having scored before the break in Reims (3-0), Wissam Ben Yedder was also present in l’Équipe’s Team of the Matchday, confirming his excellent return to form, allowing him to become the team’s top scorer this season with four goals.

Fifth-top scorer in the club’s history

If he is currently the Monegasque who has scored the most this season in the league, the captain is also rising in the ranking of the top scorers in the history of the Club. With these three latest goals, he is now fifth with 78 goals, tied with Jean Petit, and five behind Radamel Falcao (83).

It is a pride, an honor, a great joy to be in this place today, whether for me personally or for the Club. To be alongside a player like Radamel Falcao in particular, who is a legend here, is very good. But I hope I'm not going to stop there!
Wissam Ben YedderAS Monaco striker

And if we only take Ligue 1 into account, he is even ahead of the Colombian with 67 goals against 65. No player from the Principality club has done better in the 21st century! It’s just one more statistic in his favor which logically earned him the title of MVP with 95% of the votes on the AS Monaco App. Bravo Captain! 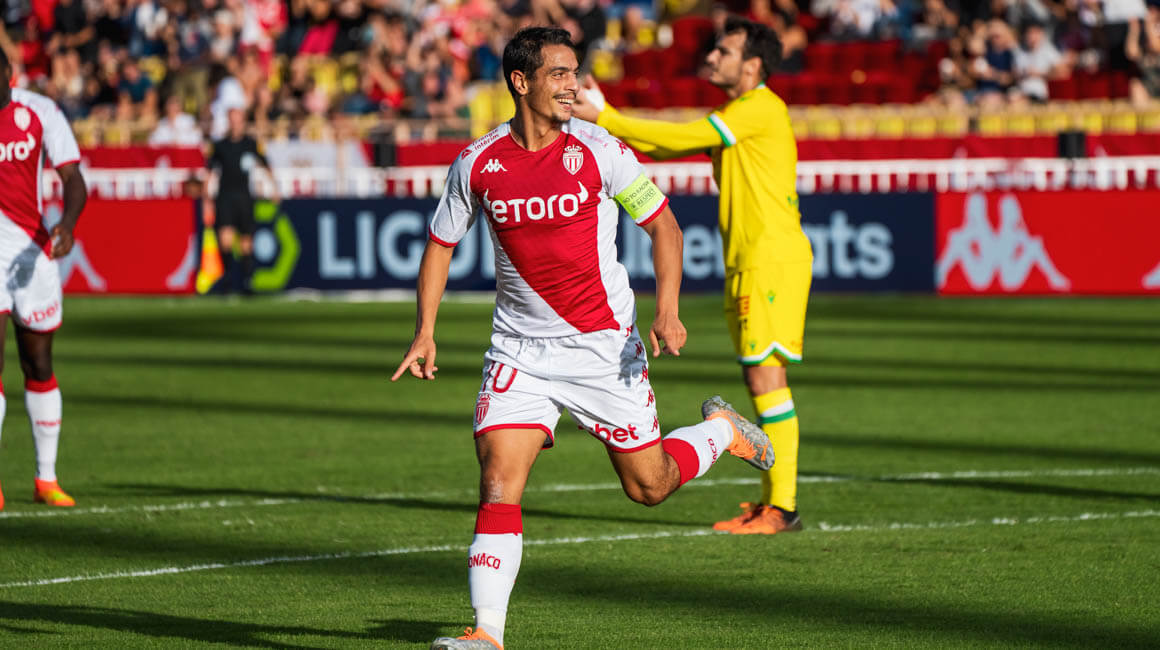