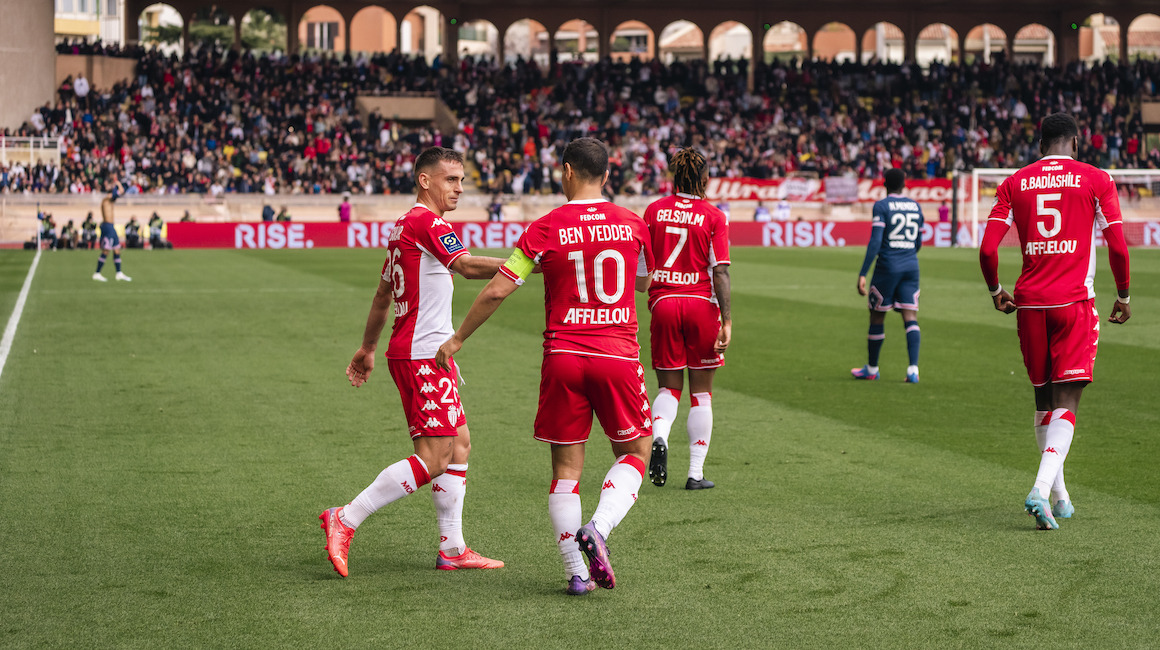 After a great performance to allow the Rouge et Blanc to outclass Paris Saint-Germain at home (3-0), Wissam Ben Yedder was named man of the match by you, the Monegasque fans on the AS Monaco App.

He’s pulled yet another masterclass out of his hat! Driven, like his partners, by a strong feeling of revenge given the team’s recent results, Wissam Ben Yedder delivered a recital against the leader of the top flight on Sunday. Carried by a large crowd, Philippe Clement’s men indeed made Paris Saint-Germain fall at the Stade Louis-II (3-0), in the big match of the 29th round of Ligue 1. 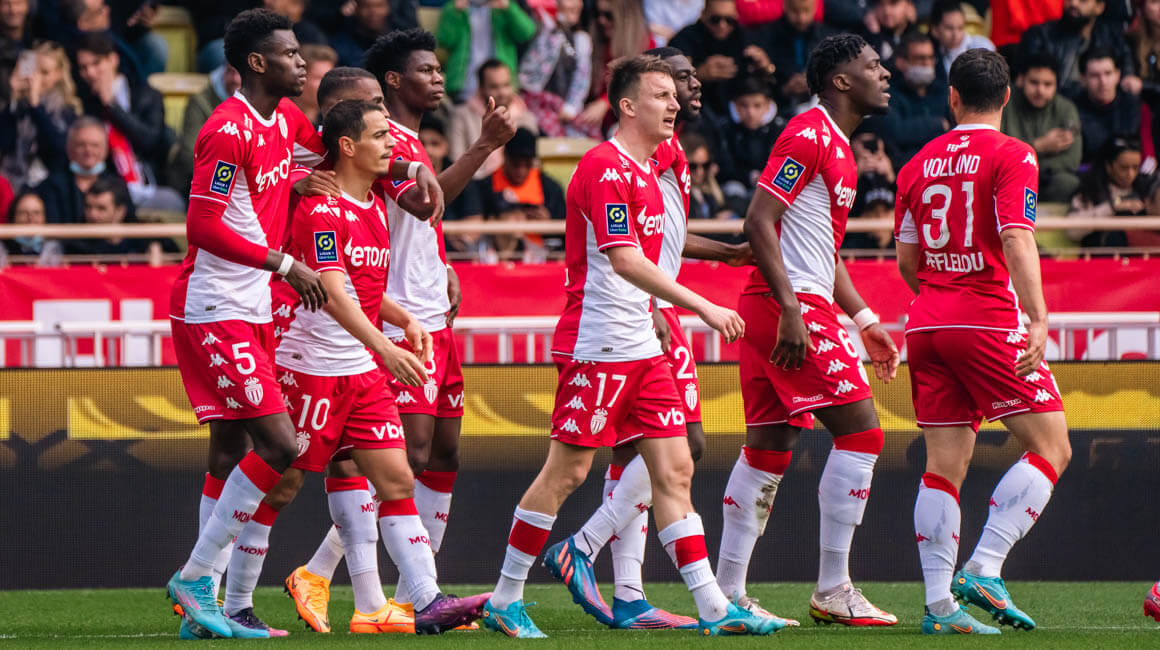 It was a big win obtained with a lot of character, which rewarded a very solid collective performance, a big result to which the captain of the Rouge et Blanc largely contributed, by scoring a double, his 15th in all competitions since coming to the Principality. It was also him first who showed a masterful touch for the opener, a magnificent finish at the near post, on a very good cross from Youssouf Fofana (1-0, 25′).

☕🤩 @WissBenYedder's performance against PSG is all the #MondayMotivation you need today! pic.twitter.com/b5AtgM9PJT

The great striker that he is, he is now the top scorer in the league ahead of Kylian Mbappé and Martin Terrier, the former having been muzzled by the Monegasque defense. Involved as well in Kevin Volland’s goal, getting the “pre-assist” to Ruben Aguilar, our number 10 was finally back among the goals on his speciality: the penalty! It is he who ended any suspense by beating Gianluigi Donnarumma, who guessed right, but who failed to stop his powerful shot (3-0, 84′). 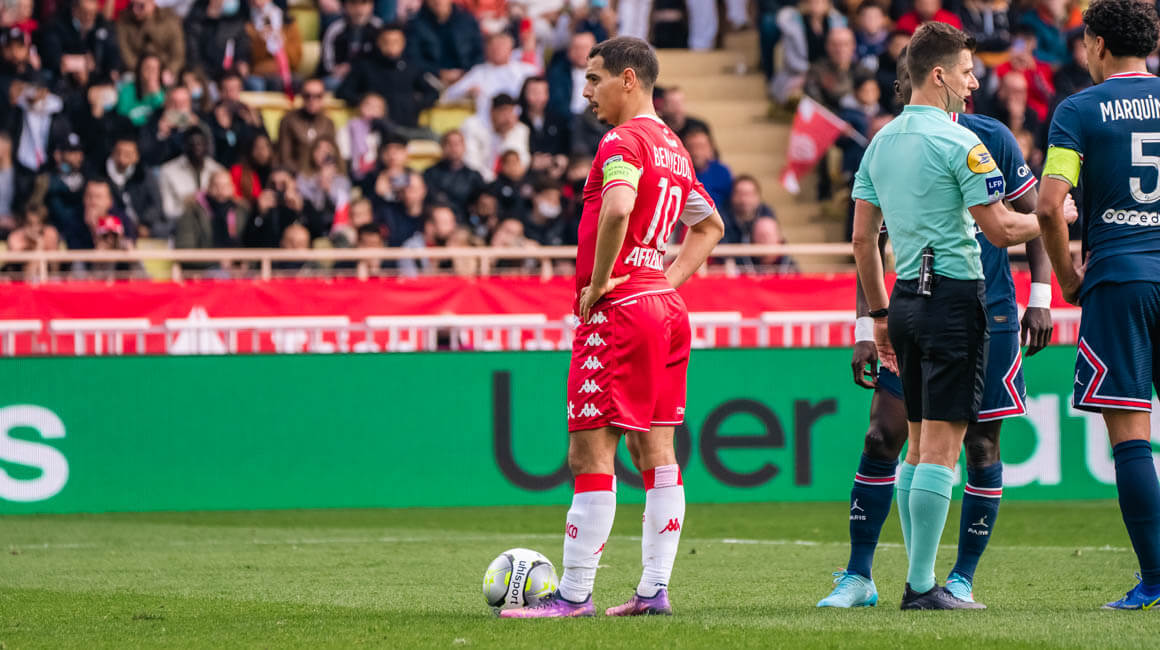 It was another achievement for our captain ‘Wiss, which now makes him the top scorer in the history of the league from the penalty spot, tied with Olivier Monterrubio (26 goals, 20 with Monaco, 6 with Toulouse). He also has a success rate that exceeds 91% since he has worn La Diagonale in addition to widening the gap at the top of the season’s top scorers in Ligue 1 (17). But above, it’s further proof that the Stade Louis-II is a happy home for the French international. With this umpteenth double, he now has 14 goals at home this season in the top flight.

🗂 @WissBenYedder becomes the top scorer in the history of the @Ligue1_ENG from the penalty spot, tied with Olivier Monterrubio (26 goals, 20 with Monaco, 6 with Toulouse).

Only Kylian Mbappé has done as well. It was therefore not surprising to see him appear in L’Équipe’s team of the round on the 29th matchday in Ligue 1, and to win the title of MVP of the match with 84% of the votes by you, the Monegasque fans on the AS Monaco App — his 11th of the season! There was also icing on the cake: his departure this Monday for the French team’s training camp. What can we say but… hats off to Wissam! 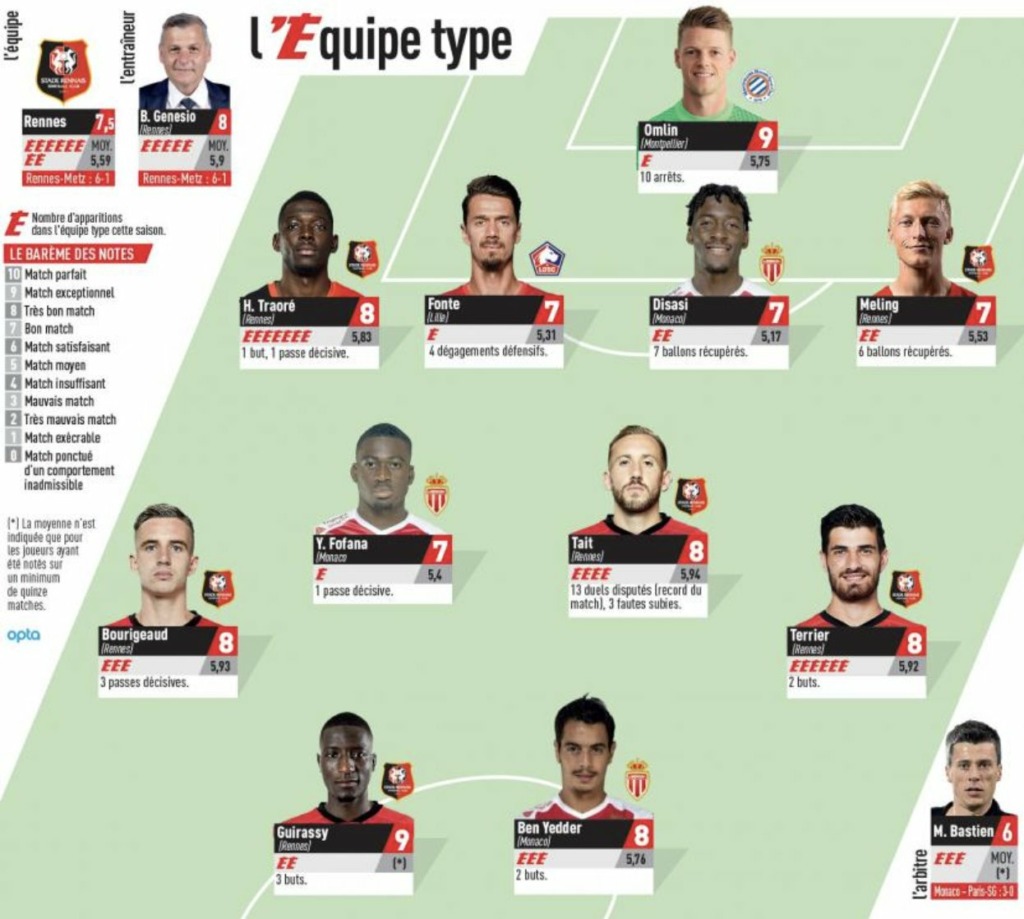